I have been amazed to see so many visitors at the Ark Encounter who have traveled all the way from California to Northern Kentucky (2,000 miles each way). This week, two well-known pastors in Southern California, Pastor Mike MacIntosh (Horizon Christian Fellowship in San Diego, which is also a Calvary Chapel affiliate church) and Pastor David Rosales (Calvary Chapel Chino Valley) were here. They met up with their pastor friends Lloyd Pulley of Calvary Chapel Old Bridge in New Jersey and Pastor Bill Goodrich of Indianapolis (Horizon Christian Fellowship).

When I often ask for a show of hands during my lectures in Legacy Hall of the Creation Museum, and when I talk to people before and after these presentations, I constantly meet people who have come from faraway states like California and Texas, plus, of course, those states that are within a day drive from our Northern Kentucky area.

Here is a photo of the four Calvary Chapel pastors in front of the Ark on Monday, as they were being taped by a videographer with His Channel. 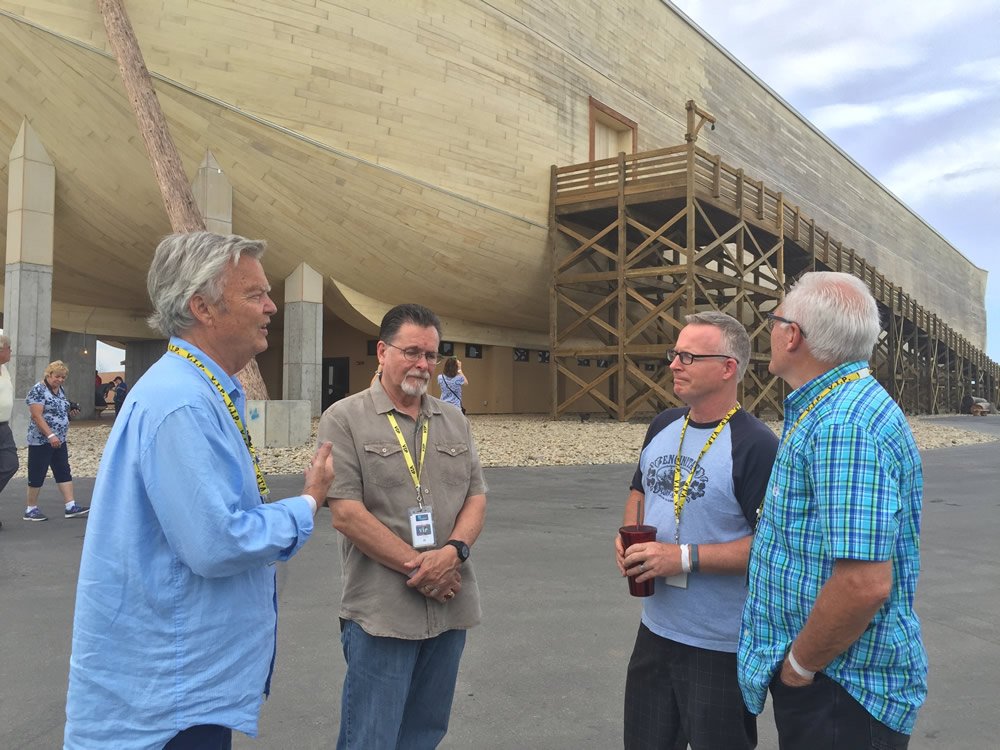 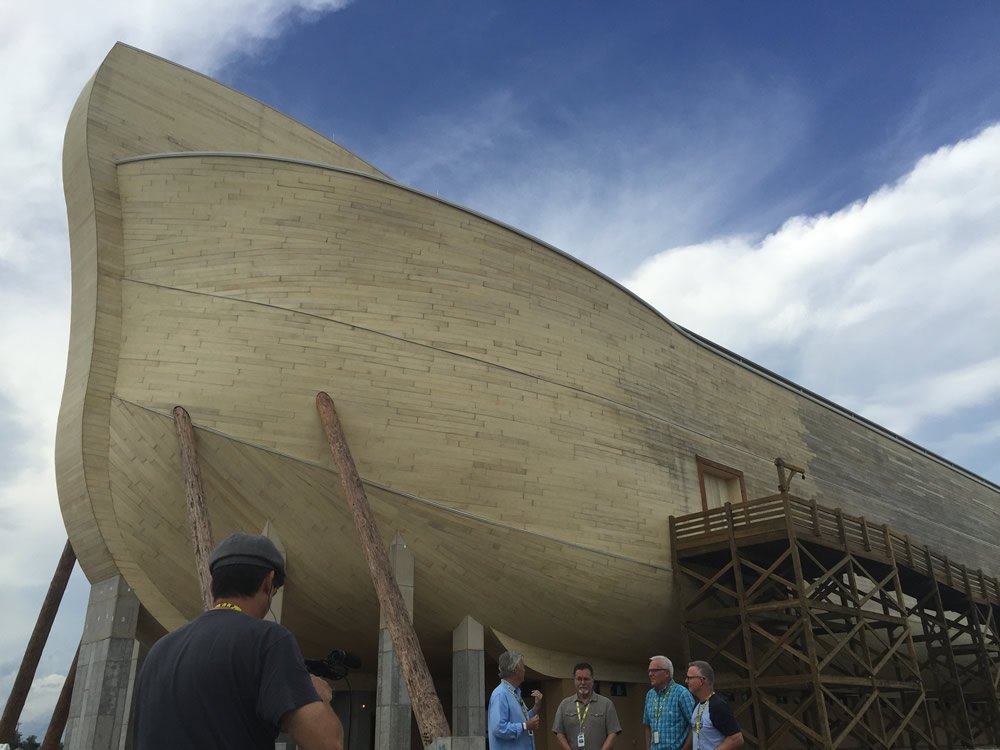 Pastor Pulley spoke at our staff chapel on Tuesday morning. He has become a good friend of the AiG ministry, having hosted me twice in his pulpit. Pastor Pulley took a construction tour of the Ark earlier this year, and was amazed to see how quickly all the wood was added and exhibits were installed in time for the July 7 opening. He used words like “breathtaking” to describe the Ark.