A Second “Debate” With Bill Nye, “the Science Guy”

The second unscheduled "debate" with Bill Nye, "the Science Guy," occurred July 8 in front of hundreds of people at the Ark Encounter in Williamstown, Kentucky. The first one occurred at the Creation Museum in 2014. A few weeks ago, I publicly invited Bill Nye to tour the life-size Ark that opened July 7, and I offered to personally show him through. Nye accepted.

Apparently Bill is the host of an upcoming science documentary and wanted to bring along a video crew as we walked through the Ark. It really turned into an almost two hour debate as we walked through all three decks of the Ark. We both agreed to video the entire discussion as we walked. Numerous children, teens, and adults swarmed around us as we passionately interacted as the audience grew. There were thousands of visitors at the Ark Encounter, and a large group of them had a unique opportunity I’m sure they will never forget.

Bill challenged me about the content of many of our exhibits, and I challenged him about what he claimed and what he believed.

Bill challenged me about the content of many of our exhibits, and I challenged him about what he claimed and what he believed. It was a clash of worldviews. At one point I asked Bill, “What would happen to you when you die?” He said when you die “you’re done.” I then asked him why he was concerned about what we were teaching at the Ark if when we die we’re “done.” Ultimately, why does it matter what anyone believes if, when we die, that’s it and we won’t remember we ever lived and eventually no one else will ever remember we lived either?

Young people also came up and spoke with Bill and asked him questions—and challenged him. When I mentioned AiG’s PhD scientists, Bill said they were all incompetent—so I encouraged him to speak with them. I had the opportunity to share the gospel with Bill a number of times as we strolled through the Ark.

As we ended our walk through the first deck in front of life-size models depicting Noah and his family praying, I asked Bill if he would mind if I prayed and if I could I pray for him. He said I could do whatever I want since he couldn’t stop me. So with a large group of people gathered around, I publicly prayed for Bill. I asked him if we could be friends; he said we could be acquaintances with mutual respect, but not friends. We ended with a friendly handshake. Let’s all pray for Bill Nye.

I never expected his visit would turn into a two-hour debate but sometimes those spontaneous happenings can be very fruitful.

I never expected his visit would turn into a two-hour debate, but sometimes those spontaneous happenings can be very fruitful. I’m sure you will be seeing video of the time we had together.

Here are some photographs of us as we walked through the Ark and of me (and others) praying for him as we stood in front of the praying family of Noah on the first deck. To me, it was so fitting that, with the opening of the Ark Encounter, this massive ship is being used to witness to such a well-known personality. 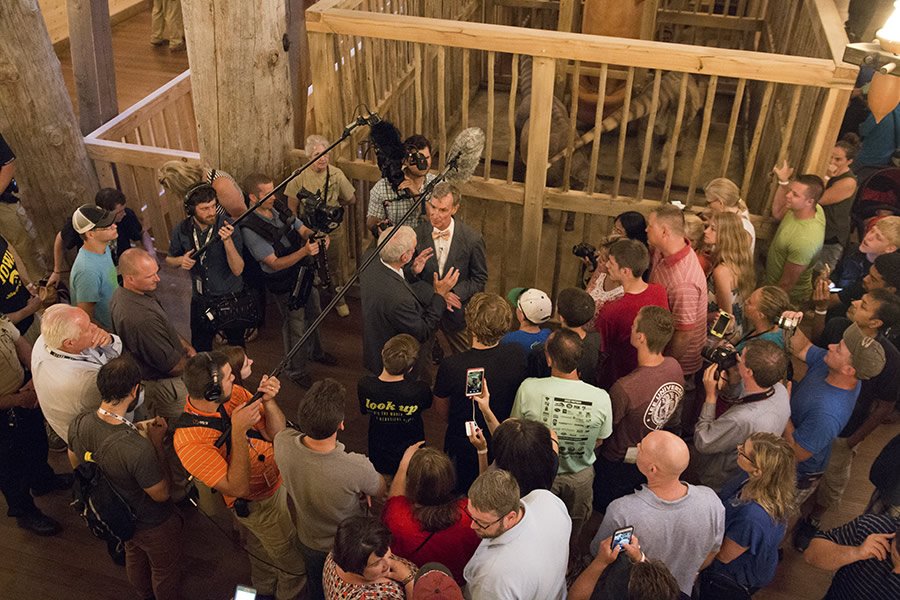 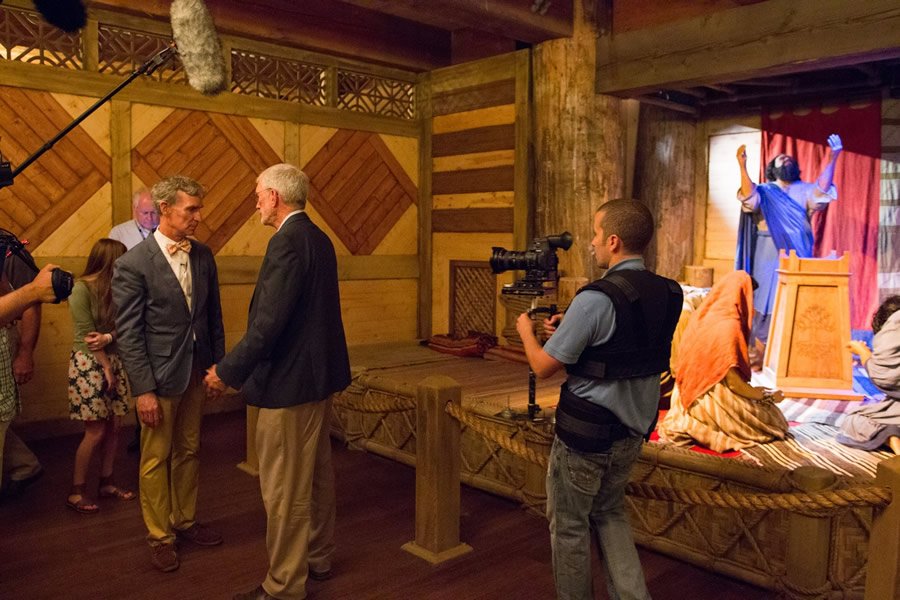 For more information on the Ark Encounter, a world-class themed attraction that is now open to the public, go to ArkEncounter.com.

Previous Article Gospel of Jesus’s Wife a Forgery Next Article Stand up to FFRF Bullies!