The Ark Promoted in San Diego?

Why would an event over 2,000 miles away in San Diego, California have significance to our Noah’s Ark under construction in Northern Kentucky?

Well, a meeting of the Religious Conference Management Association (RCMA) has just concluded in San Diego and our local tourism group meetNKY was there to represent our region. While in San Diego the goal of meetNKY was to encourage attendees who plan religious meetings across America to host their major conventions in Northern Kentucky. This would enable event guests to visit our Ark Encounter (which opens July 7), tour our popular Creation Museum, and meet in the spacious facilities of the Northern Kentucky Convention Center right across the river from the beautiful skyline of Cincinnati, Ohio, and just a 20-minute drive from the Creation Museum.

The meetNKY staff came up with an interesting way during the convention to promote the future Ark—they passed out animal crackers (representing the animals that were on the Ark) to the attendees. Julie Kirkpatrick, one of the VPs of meetNKY, indicated there was great interest in the Ark among the convention attendees as meetNKY promoted Northern Kentucky as “the premiere destination for religious events in America.”

Much of the booth was themed around the Ark Encounter in Northern Kentucky, positioning this region as a major center for religious groups and their needed meeting space. In fact, during the convention a CNN article appeared about major attractions around the world that are set to open in 2016 and the list included the Ark Encounter. The CNN piece added some buzz at the RCMA trade show.

You can see a part of the meetNKY booth in San Diego in this photo: 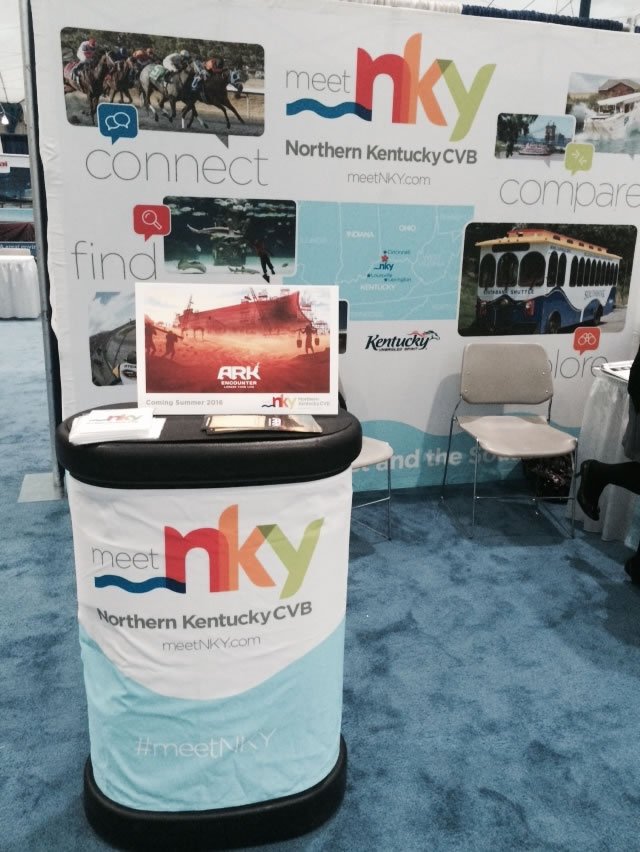