As I was getting ready to speak at the Creation Museum yesterday, Jim Bob and Michelle Duggar and 14 of their children came through the door! The Duggars and other close family members had decided to pay a visit to the Creation Museum.

I’m sure many of you are familiar with the Duggars—a large home school family in Arkansas. As their website states,

Here is a photo of me, Buddy Davis, and the Duggars when they visited yesterday: 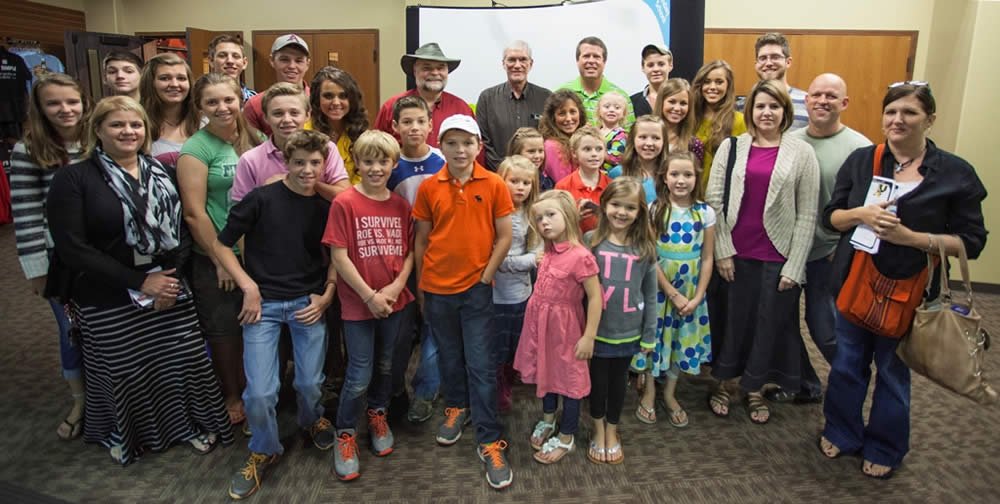 Here is a photo of me with Jim Bob: 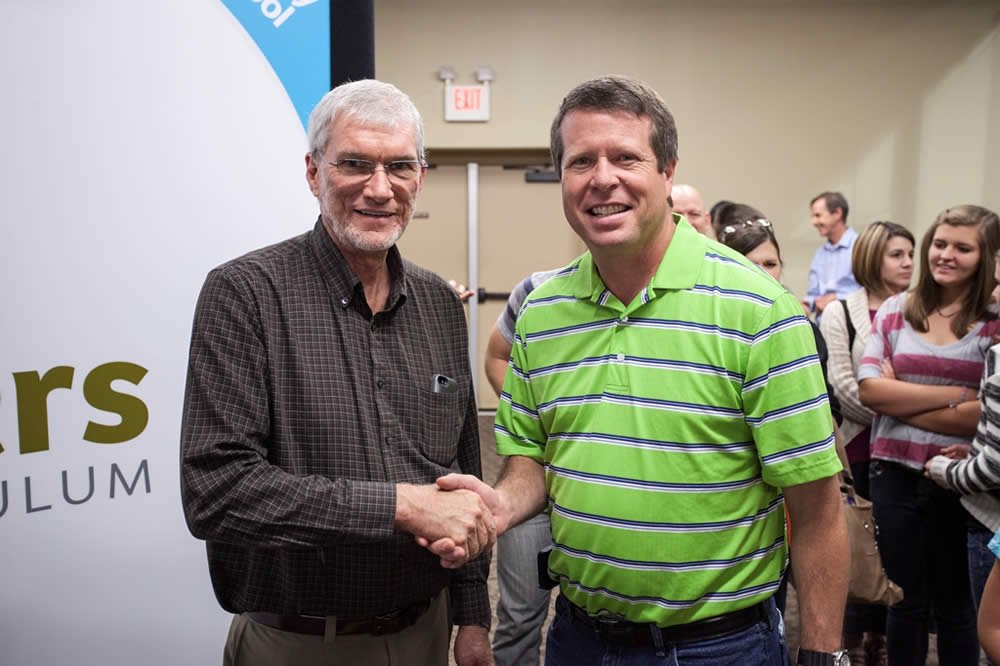 Please pray for the Duggars and the incredible public ministry they have as they have witnessed to millions of people.

Previous Article Confound the Critics: Answers for Attacks on Biblical Truths Next Article Duggars’ Visit to the Museum Gaining Interest