His World War II cap caught the eye of one of our staff members inside the Creation Museum recently. When asked, the veteran, Ollie Odle Sr. (89)—and who had been a pastor for most of his life—shared a little about the 1944 campaign at the Admiralty Islands.  Australians like me know about these intense battles in the Pacific Ocean because they took place just north of Australia. In fact, many Australians fought alongside Americans there.

It was also noticed that Ollie was bearing a special wristband which identified him as someone who rode our zip lines that run in front of the Creation Museum. He had decided not only to tour the Creation Museum that day, but also to take a thrilling ride on our  zip lines with his friend and Vietnam vet Don Hansen of Missouri.  Don served in the Army and Ollie in the Navy.  Here are photos of the two zip-liners (we wished someone had taken a photo of Ollie while he was on the lines, but couldn’t come up with any)—Ollie doesn’t look anything like 89! 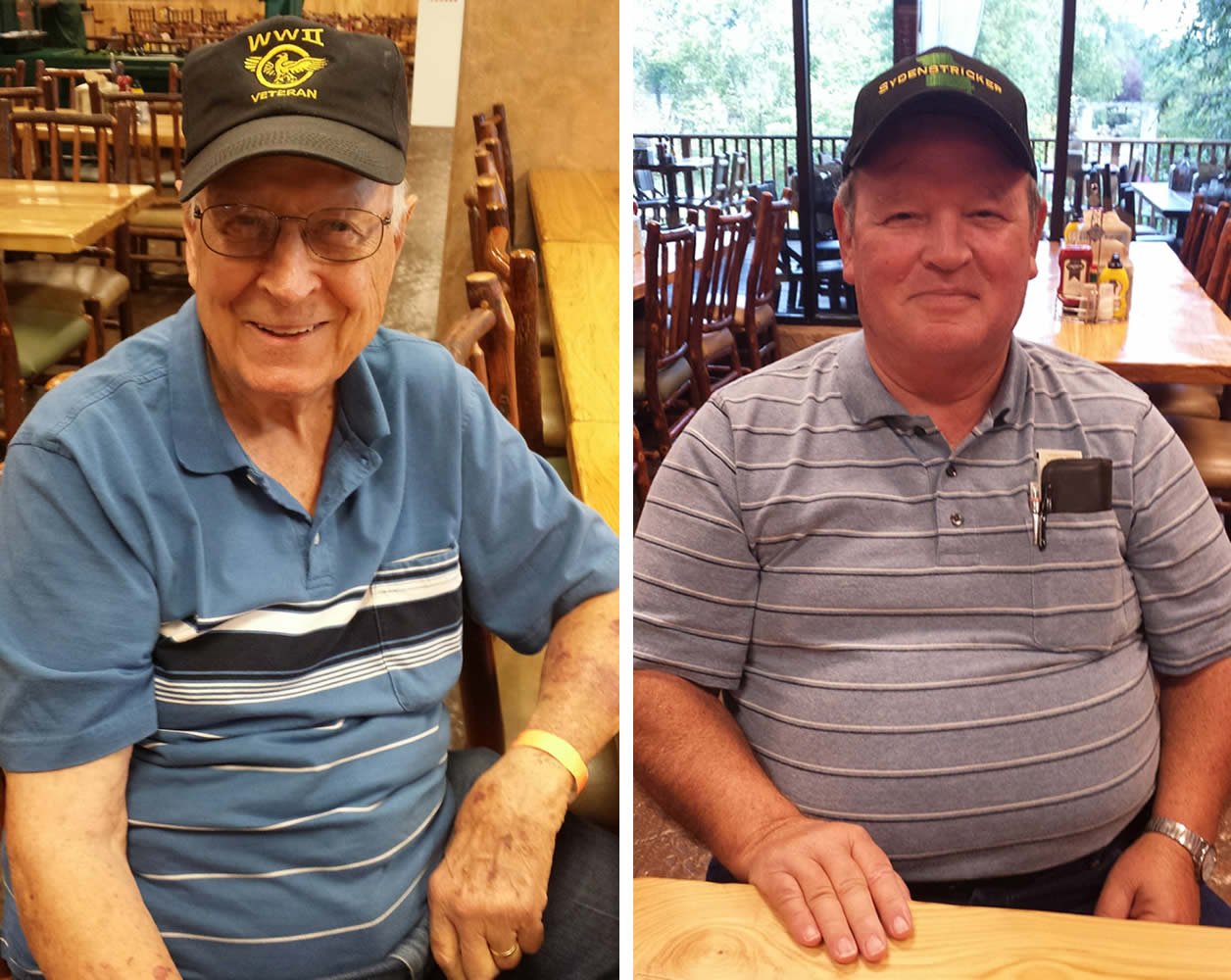 Find out more about our exciting zip line course—the biggest and best in the Midwest, as we say.

Previous Article Challenging Atheists at the Kentucky State Fair Next Article Gorillas—Just Like Us?