Why Is the Allosaurus Fossil in the Creation Museum Named Ebenezer?

Many people have asked us why the incredible Allosaurus fossil featured in the new $1.5 million exhibit at the Creation Museum is named Ebenezer. Well, here is the text of one of the signs in the exhibit explaining the origin of this name:

Our Ebenezer isn’t named after the miserly character found in Charles Dickens’s well-known tale, A Christmas Carol. Instead his name comes from the Bible. In 1 Samuel 7, it is recorded that God rescued the Israelites from the terror of the Philistine army. Afterward, the prophet Samuel set up a rock to remember God’s help and called it “Ebenezer,” which means “the stone of help.” Some of the people involved in excavating this dinosaur named him Ebenezer because they saw him as a reminder of God’s judgment of the world and how He preserved mankind and animal kinds on Noah’s Ark. 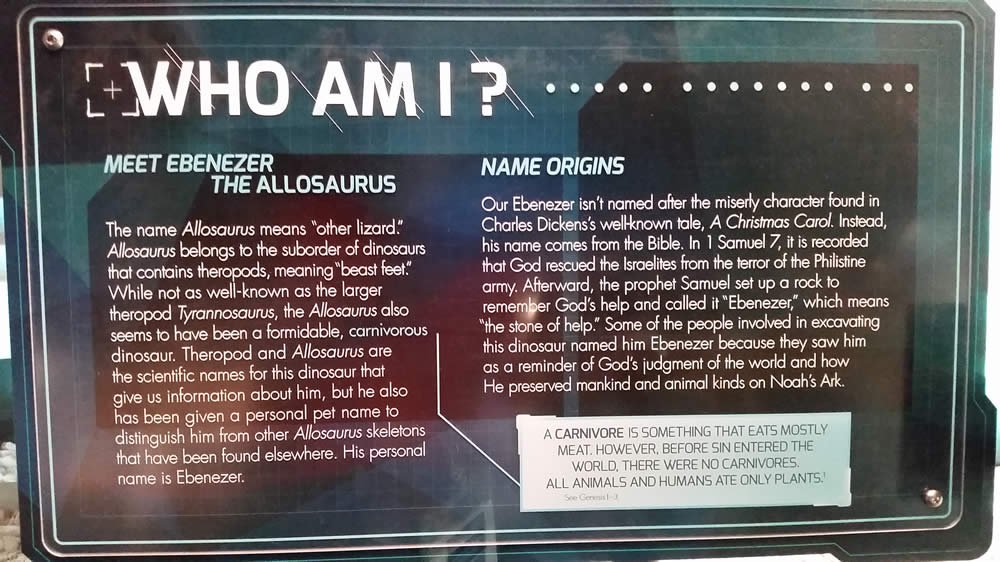 For more information on Ebenezer and the Creation Museum, go to our museum exhibit page. To learn more about allosaurs and other dinosaurs, go to our Dinosaurs topic page. 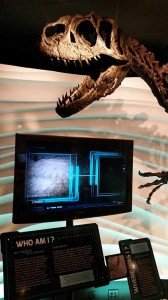