Answers magazine has become one of the biggest Christian magazines for paid subscriptions in America—and certainly the leading creation, apologetics, and worldview magazine in the world.

I’m so thrilled our staff stepped out a few years ago to take the publication to such a high level of professionalism.

For the eighth year in a row, Answers magazine won a number of awards from the Evangelical Press Association for excellence. In a staff meeting this week, Dale Mason, who leads the magazine team as publisher, and Dan Stelzer, the magazine’s primary designer, announced numerous EPA awards and recognized the individuals involved in creating the winning pieces. 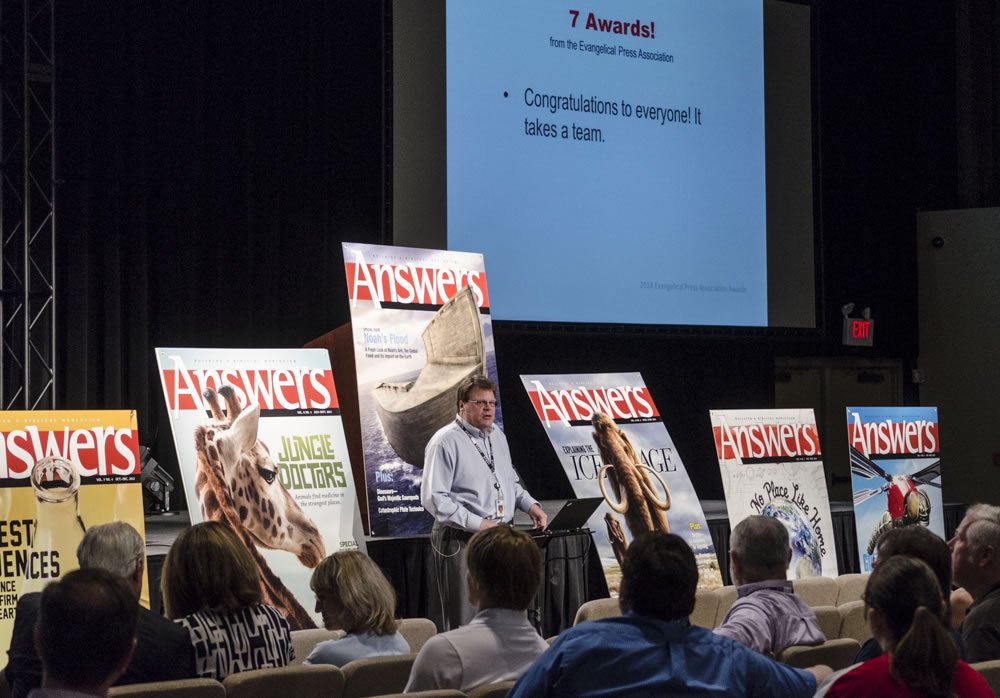 Here is a list of the awards our Answers magazine received at the May 2014 convention of the Evangelical Press Association: 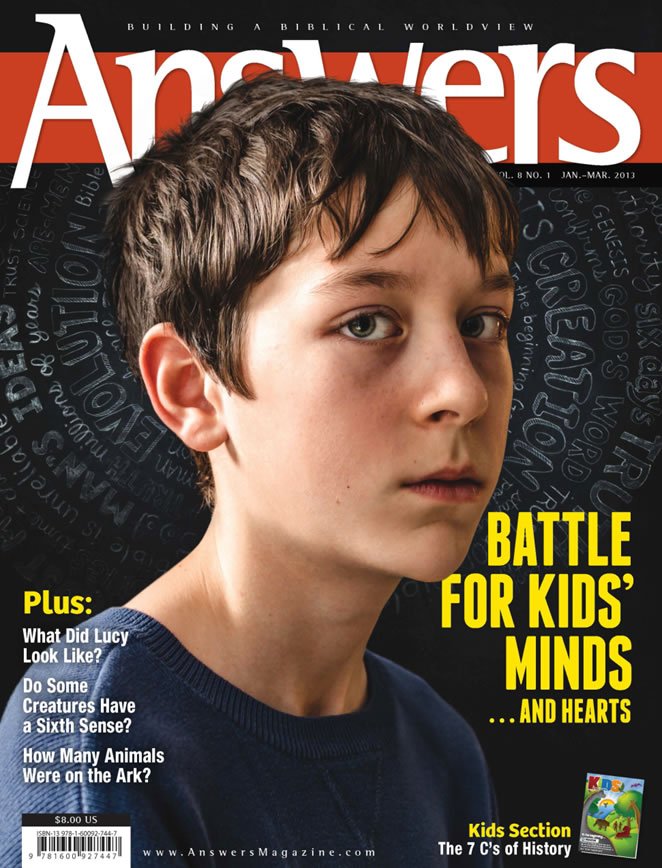 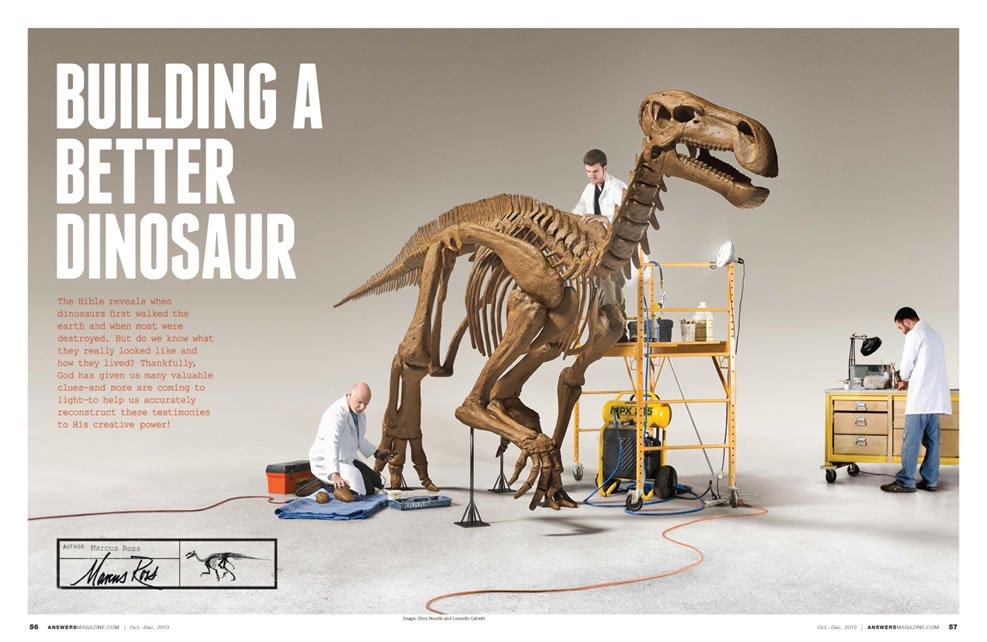 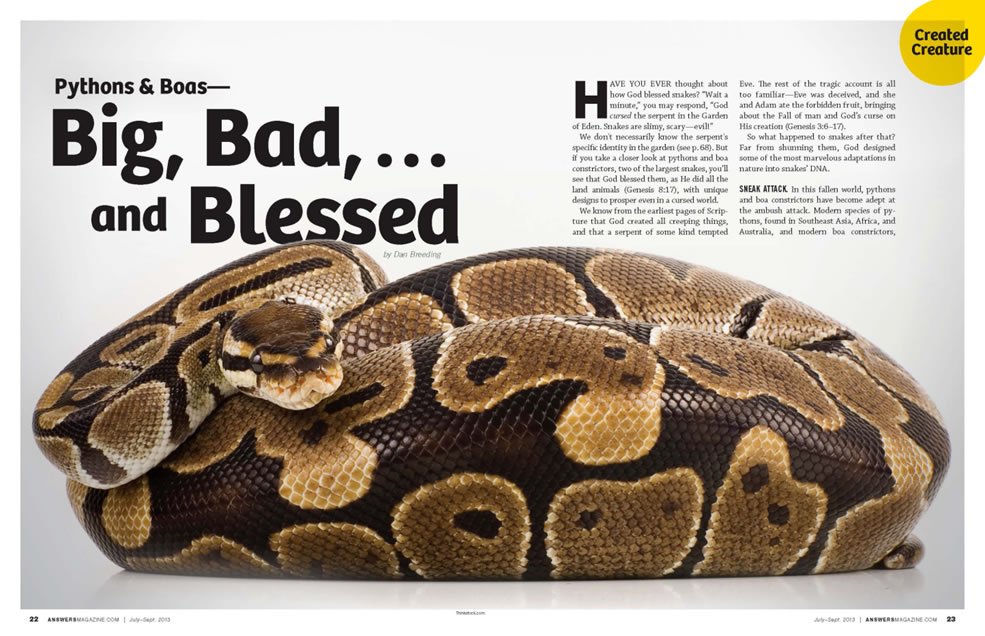 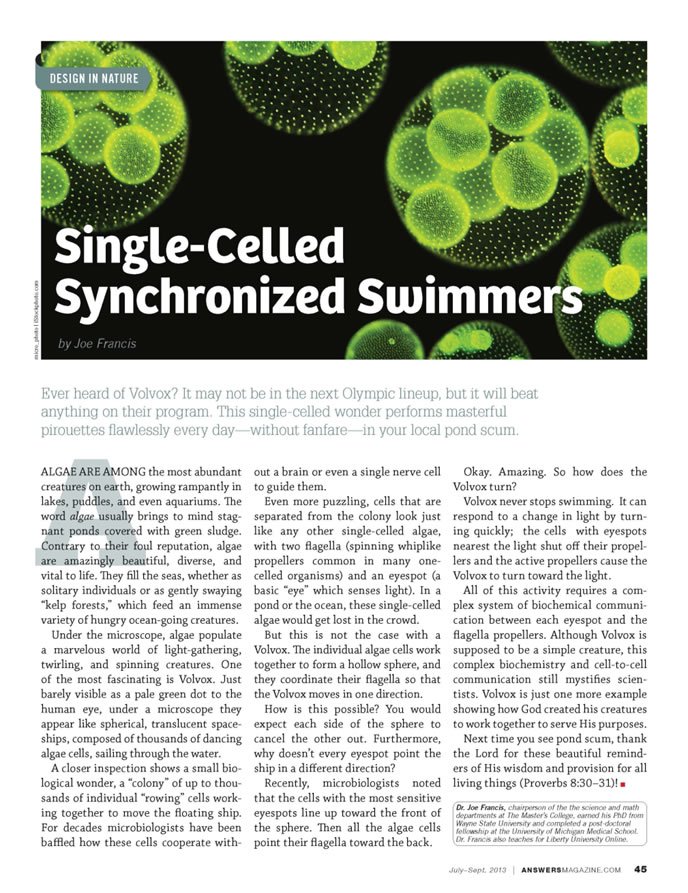 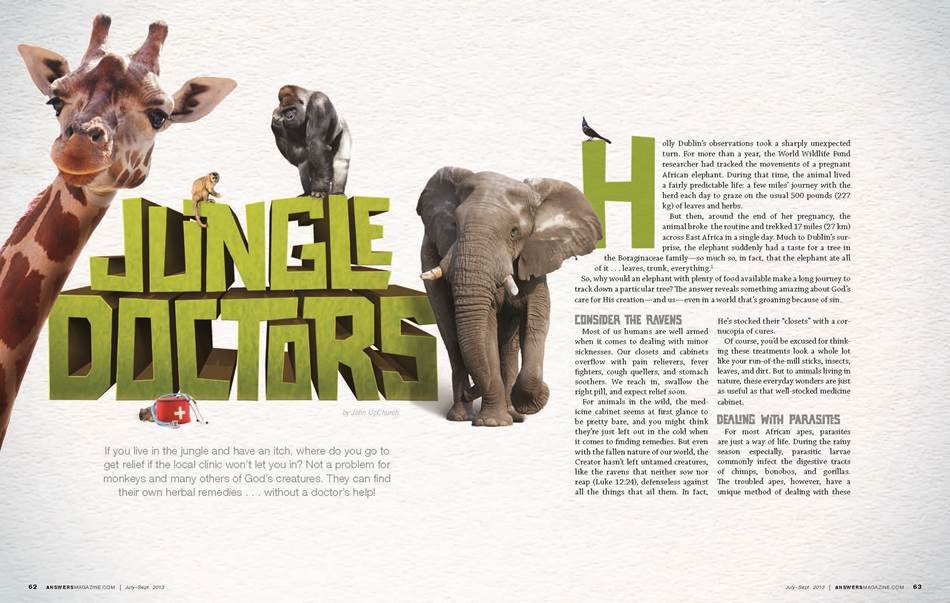 Now, one of the awards I want to highlight is the first place cover design that Answers won. The cover was created by Dan Stelzer and Chris Neville. Chris is another AiG graphic designer and is also a photographer. The cover, “The Battle for Kids’ Minds,” actually reflects the 2013–2014 AiG theme “Standing Our Ground, Rescuing Our Kids.”

It is great to see that particular cover—which was a bit “out of the ordinary” for us—win the top award. There are literally hundreds of other EPA member publications, so all of these honors are appreciated because they cause both Christians and non-Christians to look more seriously at Answers magazine and the truth of God’s Word beginning in Genesis, which is so vividly shown and described in its pages! 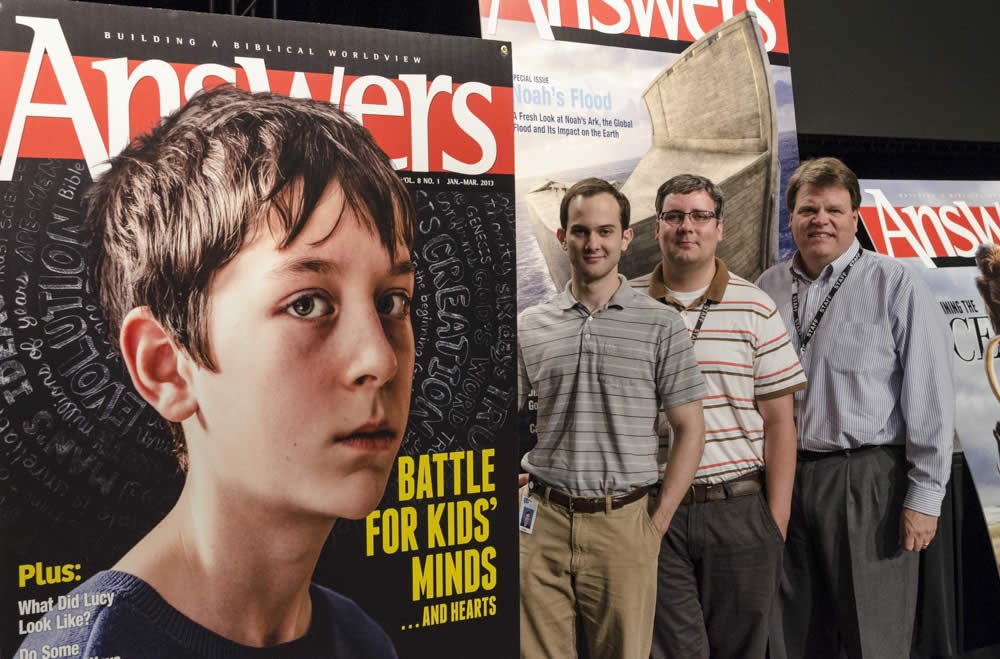 Chris, Dan, and Dale standing to the side of the cover illustration that won first place

We’re grateful for how God has been using Answers magazine to reach people with the biblical authority message and the truth of the gospel. These awards are evidence that the magazine continues to gain respect in the marketplace.

If you haven’t subscribed to this high-quality, family friendly periodical, I encourage you to sign up today! You won’t regret equipping your family with such a powerful resource. And the fact that it comes to your door four times a year means that there is always fresh, up-to-date creation news. With roughly 70,000 subscribers and over 200,000 readers, Answers continues to be the largest and most popular creationist magazine in the world!

This post was written with the assistance of Steve Golden.