I’m thrilled that we have been producing many more Spanish-language resources. These are not only equipping Christians in those countries where the people speak Spanish (including millions of people in the USA alone) but also reaching non-Christians with evangelistic resources.

While I was in Australia, my brother Steve and his colleague Joe Owen gave a presentation to our staff, where they shared some recent developments in this specialized outreach. Steve and Joe also showed covers of our new witnessing booklets in Spanish. Here are just a few of them that deal with the following topics: 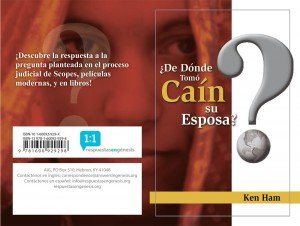 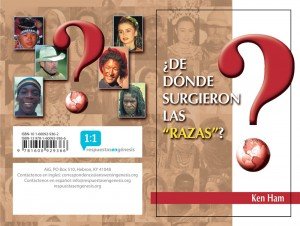 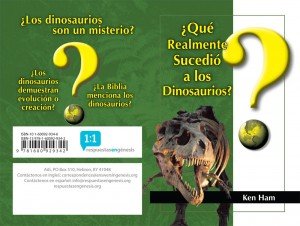 This past weekend AiG had a booth at the two-day Cincinnati Hispanic Fest. We distributed a lot of literature and engaged people of all ages in conversation. We also invited people to the Creation Museum for our Latin Day on November 2. 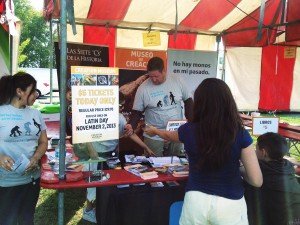 Several other volunteers also worked at the booth: 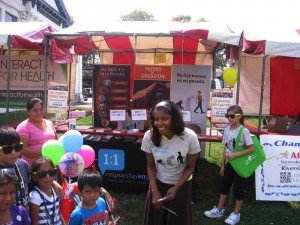 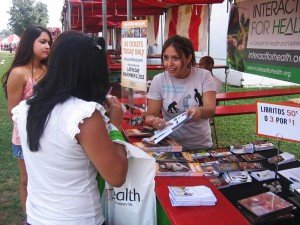 Here is a close up of the “Seven C’s of History” banner we displayed at the Hispanic Fair booth, depicting the Seven C’s of Bible history that we present inside the Creation Museum (and in our resources): Creation, Corruption, Catastrophe, Confusion, Christ, Christ, and Consummation. 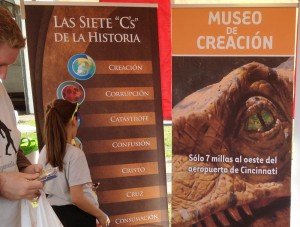 We have much more planned to reach Spanish speakers. In the next several months, for example, I will be speaking in Bolivia and Mexico. And next week Dr. Terry Mortenson will be in Bolivia to speak in various venues, including four nationwide television interviews and five radio interviews.

Recently, our revised Answers Book in Spanish was released—here is the cover: 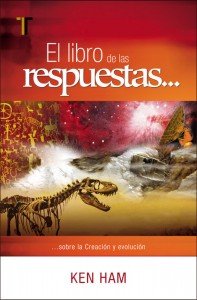 Several of my videos have also been translated into Spanish.

Lastly, here is our website in Spanish—www.respuestasengenesis.org (“respuestas” means “answers”).

Previous Article The Stand Against the Bible’s Teaching on Marriage—Coming from Parts of the Church! Next Article Grand Canyon Observations