A Boon to Boone County!

For your interest, here is a copy of the news release (slightly adapted) that was distributed recently by our local Chamber of Commerce about the impact of the Creation Museum. We are members of the Northern Kentucky Chamber of Commerce. The news release will give you an idea of how the museum has benefited the entire region as we welcome visitors from all over America and many people from outside the USA:

A Boon to Boone County and Beyond

PETERSBURG, KY—On July 16 in front of the Boone County Fiscal Court, Answers in Genesis shared with county commissioners and Judge-Executive Gary Moore the following statistics about the impact of AiG’s Creation Museum in their county and the region as a whole:

The comments to the county commissioners were made in the context of AiG and the Creation Museum attempting to rezone land it owns adjacent to the museum property, upon which it wants to expand its zip line course. In mid-June, the Creation Museum saw the opening of the biggest and best zip line course in the region. Currently at over 20 zip lines (12,000 feet total), a few more lines will be added upon rezoning approval by the county. One will be a third of a mile long. The zip lines run from near the museum’s entrance, across a lake, and into dozens of acres of beautiful forested property.

Earlier this month the museum’s state-of-the-art planetarium launched its newest production, “Fires in the Sky,” which discusses comets, including a major one that will appear in the sky this November.

The following brief video highlights the three striking new exhibits that opened on Memorial Day weekend as part of the museum’s sixth anniversary and expansion: the large Dragon Legends exhibit that answers the question: “Were dinosaurs dragons?”; the high-tech insect display Dr. Crawley’s Insectorium, which rivals the quality of the Smithsonian’s insect collection; and the recent placement of over 20 rare Bibles and Bible-related artifacts from the famed Green Collection. This video news release was made before the exhibits were completed:

Here are some photographs of the exhibits now that they have been opened and are proving to be very popular: 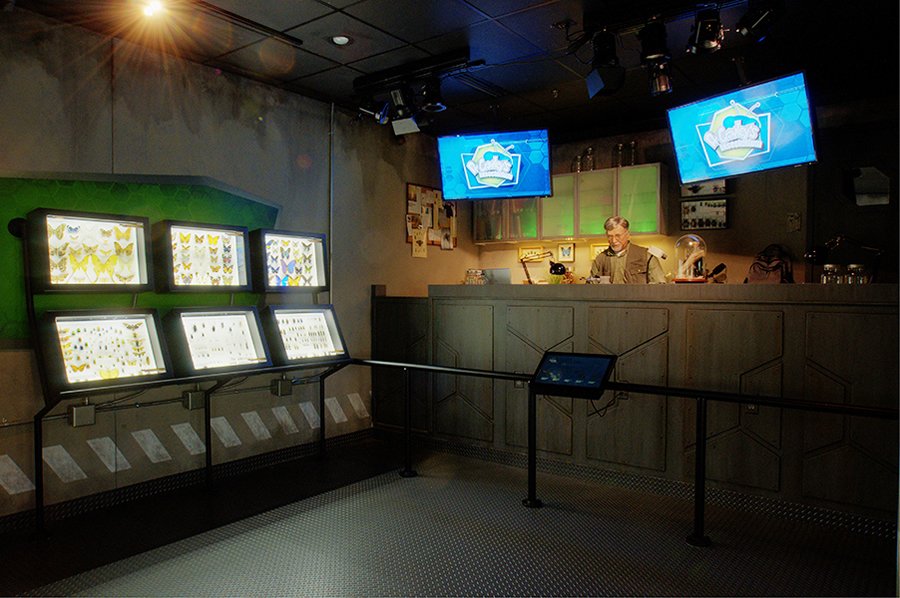 One of the displays, with an animatronic Dr. Arthur Pod, inside Dr. Crawley’s Insectorium. 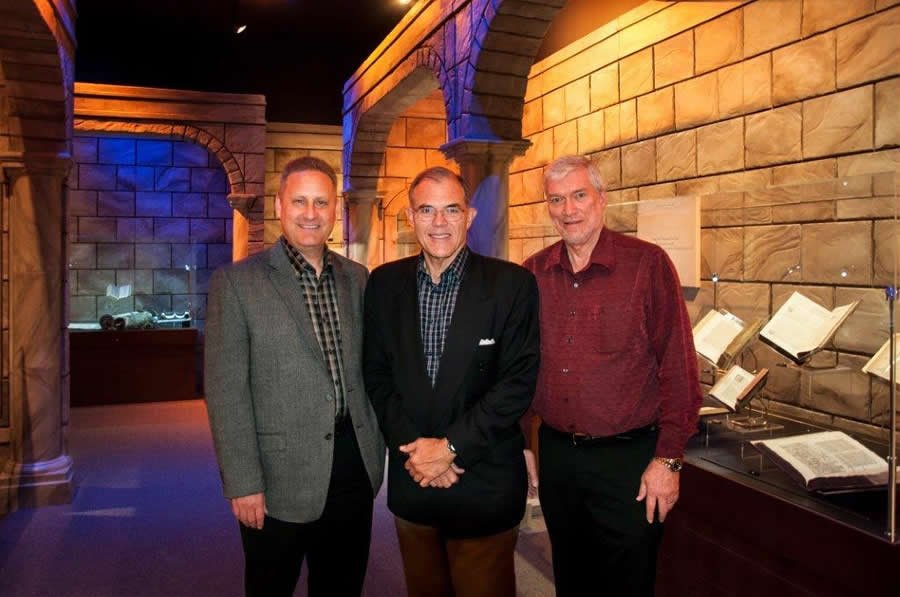 Steve Green and Cary Summers of the Museum of the Bible with me inside the Verbum Domini exhibit. 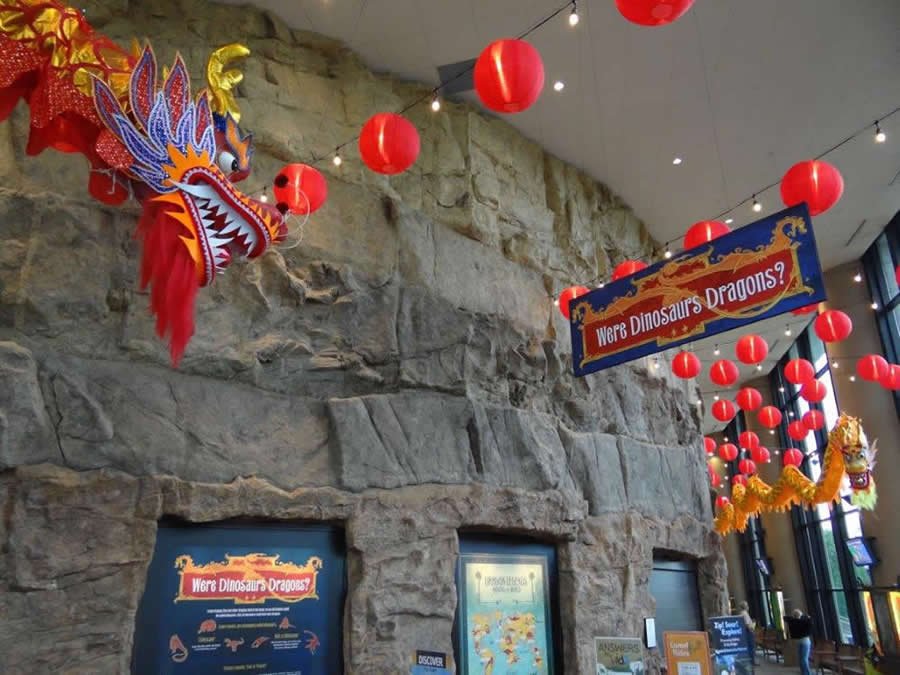 A part of our large new Dragon Legends display inside the museum’s portico.

The Creation Museum in northern Kentucky (near the Cincinnati Airport) is an outreach of the apologetics organization Answers in Genesis. Attracting over one million web visitors each month, the AnswersInGenesis.org website has been voted “Best Ministry Website” two times, as determined by the National Religious Broadcasters. Its Answers magazine has twice picked up the highest award for magazine excellence by the Evangelical Press Association. Also AiG will soon be building a full-size Noah’s Ark.

The good news is that last week the county gave us rezoning permission to expand our zip lines into the property we own next door to the Creation Museum. Very soon our zip line course will be more than two and a half miles long, with a third of a mile zip line to open soon. A company supportive of AiG installed this marvelously high-quality zip line course on the 70-acre property AiG owns. This is by far the biggest and best zip line course in the Midwest. Over 20 zip lines, 12 sky bridges, 2 new mega zips (opening very soon), and a new challenge course. Not only does this course (which allows people a variety of options) attract a broad range of people, but it helps make the Creation Museum a great family friendly place to visit.

Plan your trip to the Creation Museum and see all these new features.

Previous Article For Once I Agree with Bill Maher! Next Article A “Great” Review