Don’t Miss the World Premiere of the Startling Film Evolution vs. God at the Answers Mega Conference!

If you thought Ray Comfort’s 180 movie was a powerful message for the sanctity of life and the gospel, wait until you see his latest film offering. Evolution vs. God will rock the creation and evolution world!

I’ve previewed it, and I think everyone needs to see it—every adult and every young person. This movie helps reveal like never before how millions of students and others are being conned into believing evolution by “priests” of the evolutionary religion. Evolution vs. God will reveal just how bankrupt evolution is, plus show that students and professors alike can’t defend their faith in evolution when challenged with simple but profound questions. 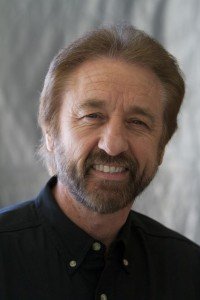 Also in Evolution vs. God you will hear “testimony” from:

As Ray interviews evolutionary scientists, including well-known atheist PZ Myers, he asks a question something like this: “Is there scientific evidence—observable evidence—to support evolution?” Well, none of them could provide anything remotely scientific. Oh, they give the usual examples about changes in bacteria, different species of fish (like stickleback fish), and, as to be expected, Darwin’s finches. But as Ray points out over and over again in Evolution vs. God, the bacteria are still bacteria, the fish are still fish, and the finches are still finches! AiG has many web articles showing clearly that such changes are really the opposite of molecules-to-man evolution.

And when Ray interviews university students who believe that evolution is fact, you will quickly see they have no idea how to defend evolution. They ultimately place their trust in their professors and textbooks. They obviously have not been taught to think—they blindly follow the blind. My heart grieved as I watched Ray question these students and brought many of them to a point of acknowledging they just believe evolution by faith. How sad this is—but revealing and challenging. By the way, no creation scientists were interviewed in the film—Ray wanted the evolutionists to speak for themselves. 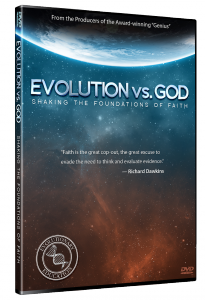 In just a few weeks in Sevierville, Tennessee (near the beautiful Great Smoky Mountains and Knoxville), AiG is pleased to host the public premiere of Ray’s Evolution vs. God film. It will be held on the first night of our Answers Mega Conference, July 22, at the Sevierville Convention Center.

Actually this is a significant date. You see, the Scopes trial in 1925 was decided on July 21, and this is the same date we will be setting up for the conference—and we are holding the conference in the same state as the trial. So on July 22, 88 years after the Scopes trial concluded, we are premiering a movie that clearly illustrates the bankruptcy of evolution.

Did you know that many of the so-called “scientific” arguments recorded in the transcript of the Scopes trial have now been discarded? Some of them are basically the same old tired arguments still clung to by evolutionists today—particularly that changes in animals (which are only changes within a kind) are supposedly proof of molecules-to-man evolution.

Ray will fly out from California to be at our Answers Mega Conference on Monday night July 22 for the world premiere of his film. This is a special event we have added to the Monday evening conference program. We will have Ray Comfort and Todd Friel introduce this movie—and I will add some thoughts. It will be an exciting time.

Our family conference runs July 22–25, with a research summit beginning Thursday afternoon (July 25) and continuing Friday morning (July 26) for some in-depth technical sessions. Those who register for the Answers Mega Conference can attend the research summit as part of their registration—at no extra charge. You can also register just for the two-day research summit.

The Answers Mega Conference will also have sessions for children and teens, so maybe this could be a last-minute family vacation for you to have an edu-vacation. (I like that “word”—education with a vacation!) You’ll receive great teaching for the whole family presented at all levels and enjoy the great family friendly tourist attractions around Sevierville, Pigeon Forge, and Gatlinburg in Tennessee.

Just the announcement of this new film by my good friend Ray (OK, he’s from New Zealand and I’m from Australia, but we get along anyway!) has already created a buzz in the atheist community. Even famous scientist Richard Dawkins of England has recently tweeted about it—and he linked to the film’s trailer.

In the typical styling of a Ray Comfort film, Evolution vs. God clearly let’s others speak for themselves. And these evolutionists succeed in revealing their religious basis of evolution, showing that it’s truly a faith-based philosophy. Atheist blogger PZ Myers, who is in the film, has already started his usual ad hominem attacks and calls Ray names—the way many atheists respond to creationists these days. After all, they have no logical or scientific arguments to defend their anti-God religion of evolution—one that they cling to in blind faith. For instance, PZ Myers stated the following on his blog:

Lie harder, little man … Ray Comfort is pushing his new creationist movie with a lie … What actually happened is that I briefly discussed the evidence for evolution — genetics and molecular biology of fish, transitional fossils, known phylogenies relating extant groups, and experimental work done on bacterial evolution in the lab, and Ray Comfort simply denied it all — the bacteria were still bacteria, the fish were still fish. I suspect the other scientists did likewise: we provided the evidence, Ray Comfort simply closed his eyes and denied it all. Richard Dawkins will not be at all surprised that Ray Comfort is a dishonest fool.

Note the usual name calling from PZ Myers—which happens when he knows he can’t defend his position. But you will be able to watch evolutionists like PZ Myers for yourself—and see clearly why Ray, or anyone else who thinks logically, just did not hear the evidence for molecules-to-man evolution! Evolutionists are clutching at straws.

If building your biblical worldview is your commitment (and it should), then this is one movie you will not want to miss. If you can’t make it to the public premiere of Evolution vs. God in Tennessee, we will be distributing this DVD through our many channels. It’s vital that we show people the fallacies of taking man’s word over God’s Word. As we do so, we can share the gospel message.

What an opportunity for you to meet Ray Comfort (as well as our other featured speakers like Todd Friel and the scientists from AiG) and be there for the world premiere of a movie that I believe will have the atheist and Christian world buzzing.

You can watch a short trailer on YouTube for the film (this is the trailer Dawkins tweeted about).

As I wrote above, I’ve seen the film, and it’s excellent—extremely well produced. In fact I’ve watched it a few times. I can’t wait to be able to get this video into the hands of the thousands of young people that I speak to at our AiG conferences across the nation (and other parts of the world).

For non-Christians, including those who mock the Christian faith, it should be an eye-opening video. For Christians who believe in evolution (“theistic evolutionists”), the film should be challenging. They will be forced to choose one or the other: God or evolution. Theistic evolution depicts God as using suffering and death to create–but the Bible calls death “the last enemy” (1 Corinthians 15:26). Also, why would an all-powerful God of the universe use such a wasteful and cruel process of survival of the fittest to bring about higher forms of life? And, of course, there is no hint whatsoever of evolution found in the book of Genesis.

Molecules-to-man evolution is nothing more than an anti-God religion held to by blind faith by those who refuse to acknowledge they are accountable to their Creator God—and they refuse to acknowledge they are sinners in need of salvation. Evolution vs. God doesn’t just leave people realizing that evolution isn’t true, but Ray presents the most important message of all—the message of salvation in Jesus Christ.

If you haven’t yet registered for this month’s Answers Mega Conference in Sevierville, there is still time. Register today and don’t miss this exciting world premiere—plus enjoy the rest of the wonderful sessions and activities associated with this amazing conference. We have lots of family sessions, too.

Find out more about our Answers Mega Conference on the conference website.