It never ceases to amaze me how the Lord uses AiG resources to reach into places we never dreamed possible. Read this exciting email we just received about just another (and rather unique) example of AiG reaching children with the truth of God’s Word and the gospel:

Some years ago you donated a lot of Spanish-language material to my brother Ben in Nicaragua to use with the Mayangna people and others. It has been a great blessing to them! They especially love the DVD, Created Cosmos, even though it takes hours to translate into their Mayangna language, due to its limited vocabulary.

I ran into you a couple of years ago at a home school convention in Western Washington and said I would you send you the story of “little” Ken; so, after all this time, here it is in a nutshell:

Ken’s dad … is a Mayangna man from the Bosawas Biosphere reserve in Nicaragua. He is a Christian who had few resources for Bible study.

Many years ago he heard on the radio of an offer of Christian literature. Not knowing how he would ever be able to come in contact with it, he prayed. The Lord led my brother, Ben, to the Mayangna people in 1999–2000. That year our family made a trip to Central America and wanted to take Creation material to distribute. But not being able to afford much at the time, you sent us down with boxes of Spanish Creation literature. Thank you!

It has been such a blessing to the Celso family in Suniwas, Nicaragua that they named their next son “Ken,” in your honor. It is a tradition for them to name some children after people that mean a lot to them.

The first couple pictures I attached are of Ken and then Ken and his little brother Olger … The next to last one is of the Celso family watching Created Cosmos [the program shown inside the planetarium of our Creation Museum] while Ben translates. The last one is Ken on a long hike to their farm a couple years ago. 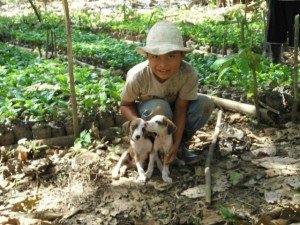 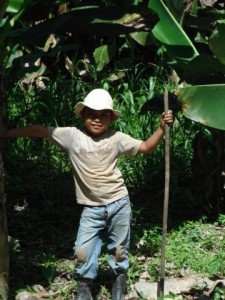 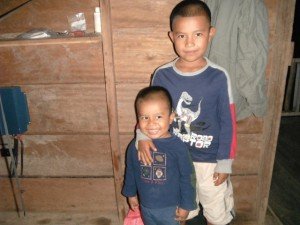 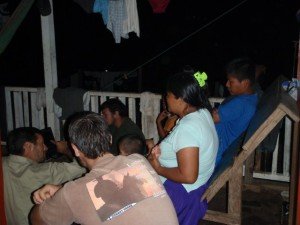 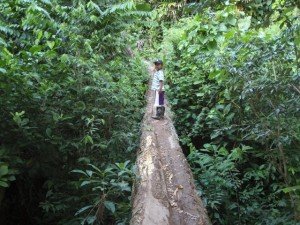 … If you ever feel led to go to this part of Nicaragua and teach on Creation, you would be most welcome. We do praise the Lord for the way He uses AiG to minister to people around the world and to reach the coming generations of children. And soon on this blog I will share with you about a missionary family in the African nation of Zambia that is using our apologetics resources—especially for evangelism.

Previous Article Will Bill Nye Publicly Debate an AiG Scientist About His Public Comments Against Creation? Next Article Zambia Bound!