Creationist in Hall of Fame

I am thrilled to announce that our good friend David Wheaton, head of an excellent ministry called The Christian Worldview, has just been elected into the Hall of Fame by the Intercollegiate Tennis Association. In a “previous life,” David was a top-ranked international tennis player—he won a double’s tournament at Wimbledon in 2004 (in the over 35 category), and in college he was once the number-one ranked player in America. As a pro, he was ranked as high as number 12 in the world.

David’s father recorded a part of his Hall of Fame ITA induction. As you watch the video, notice how David gives glory to God. At about 3:40 of the video, he begins to expound on the word “grace.”

Also, you can listen to one of my interviews with David on his national radio program The Christian Worldview.

Earlier this month, the Creation Museum had a presence at the Spirit Song musical event at the King’s Island theme park north of Cincinnati—a three-day Christian music festival. A few pictures are below.

Our museum was able to brand the “Meet and Greet” tent as well as the autograph tent. We even had some time on the stage to promote the museum. Creation Museum brochures were available at the autograph tent.The museum also had branding on the event schedule, as well as on the festival website.

John Eytchison of our staff represented us, and from the stage he asked, “Who has been to the Creation Museum?” and perhaps half or so of the large crowd raised their hands and cheered! After talking a little about the museum, John had some Creation Museum t-shirts thrown into the crowd. John told me later “that it really created a ruckus.”

An additional benefit the public didn’t see was the ability by John to invite the Spirit Song musicians to the museum, as well as to give each artist a gift bag that contained the New Answers Book 1, my “Relevance” video from the Foundations DVD set, and a copy of the Journey through the Creation Museum DVD. 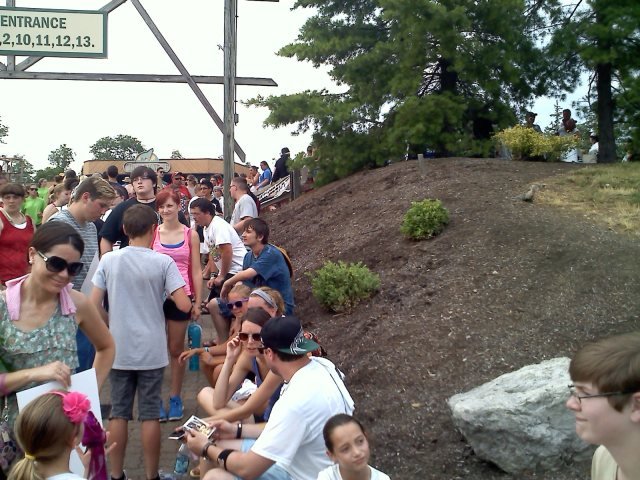 Line waiting at the autograph tent for a band. The long line wrapped around the amphitheater. 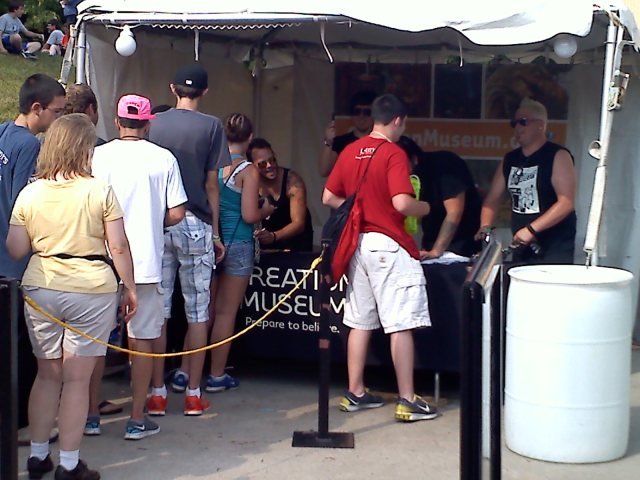 A band doing an autograph session (John thinks it was called Nine Lashes).

John was able to talk to musicians like Jeremy Camp and the group Need to Breath, and he personally invited them to the museum. Tim Chaffey of AiG filled in one day at the booth and was also able to talk to well-known musician Toby Mac.

John shared with me that “it was a great event and a great opportunity to reach all attendees.”

Previous Article They Pulled an “All Nighter” Next Article Was Noah an Environmentalist?