For many months now, some of AiG’s talented staff have been working on a special exhibit that should be open in the next few weeks—hopefully before the end of June. This is an exhibit to deal with the topic of so-called “ape-men.”

The exhibit will be located in the area on the south side of the popular Special Effects Theater, where there is already a world-class collection of fossils. This exhibit will consist of a human skeleton and an ape skeleton, but the high tech aspect is what is really fascinating.

Working with the company who constructed the various animatronics for the Creation Museum, AiG artists have installed a special computer-controlled laser. Rather than use a large number of signs and other models that would take up a large area, a monitor has been installed on which people will be able to see AiG’s Dr. David Menton speaking on the topic of apes and humans. As Dr. Menton speaks, he will use a laser to point at various parts on the skeletons as he makes his teaching points. The laser will then shine on the particular parts of the skeletons, as if Dr. Menton is live on the monitor actually using the laser pointer!

To get this ready, required expertise from different people was needed. First, a special film set had to be erected for Dr. Menton to be videotaped as he teaches the various points that need to be made. Then special programming had to be completed for the computer to run the laser and coordinate exactly with Dr. Menton is doing on the monitor.

I can’t wait for this exhibit to be up and running. Keep watch on www.creationmuseum.org for news of when this exhibit is operational. Here are some photographs taken during the video shoot to give you just a glance of what had to be done as part of construction of this soon to be opened “ape-man” exhibit. 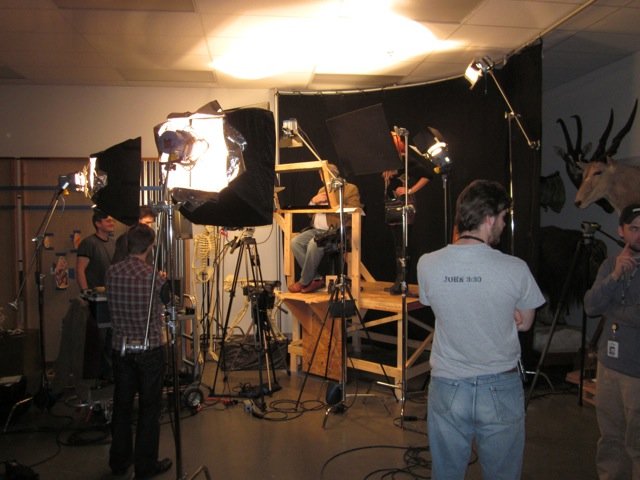 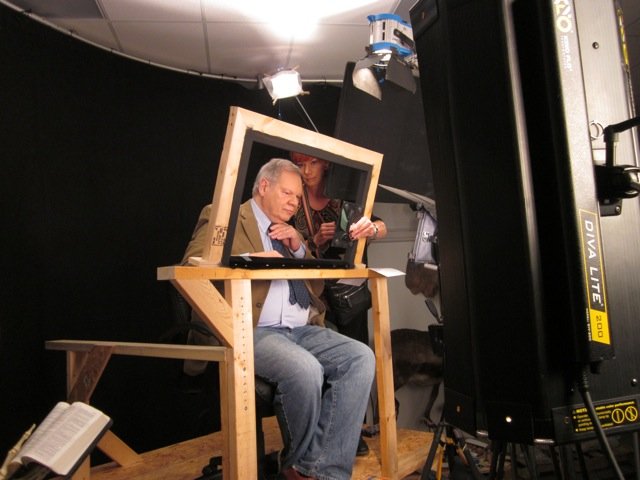 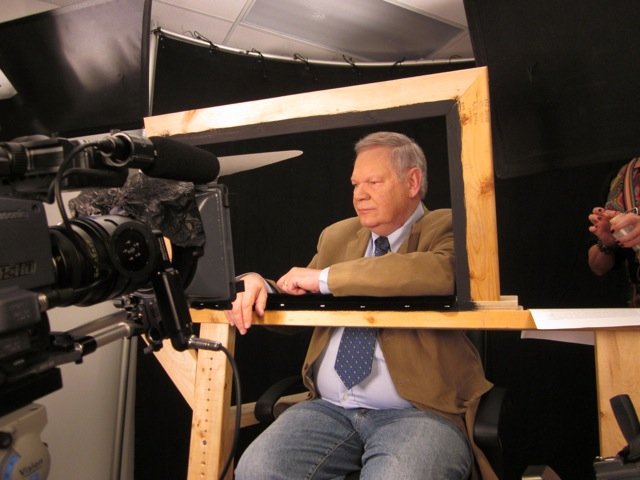 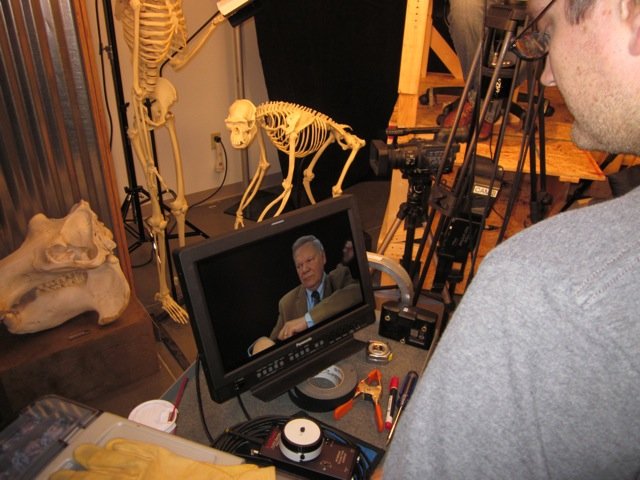 Our talented museum staff are also working on other exhibits we plan to open in the near future. I will let you know more as the exhibits are completed.

Make sure you plan a visit (or return visit) to the Creation Museum! We’ve made lots of great changes and additions over the past four years.

Previous Article Remembering Next Article I Agree with the Atheists!