Your Tax Dollars at Work—Indoctrination in Millions of Years

Welcome to the Fossil Butte National Monument in Wyoming. For Americans, here you can experience your tax dollars “at work,” indoctrinating visiting families in millions of years (and evolution). Follow me as we drive into the visitors center. 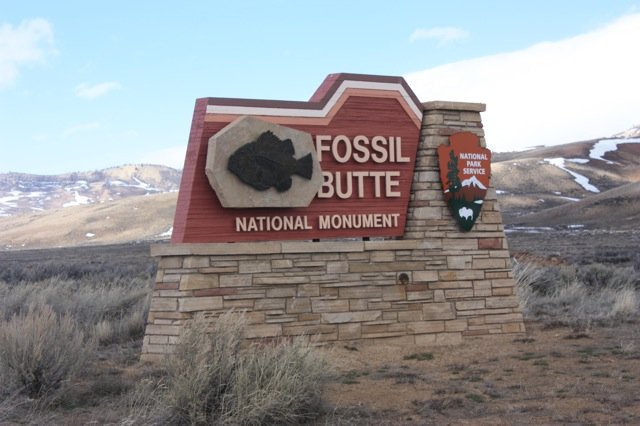 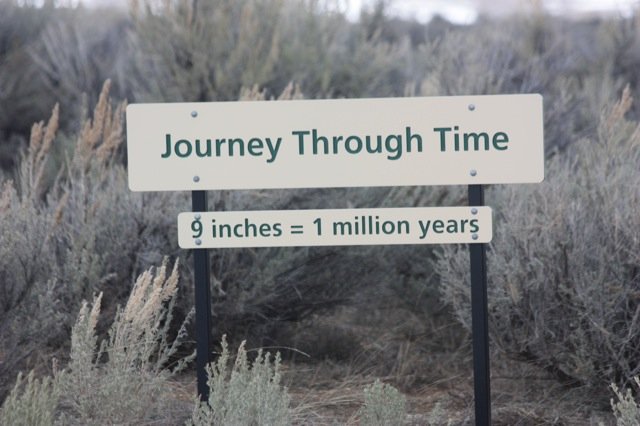 A sign explaining you will experience traveling through the supposed billions of years of earth’s history.

Here are some of the signs along the way: 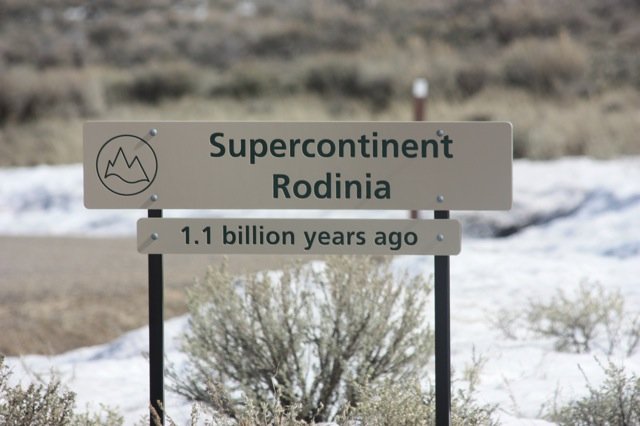 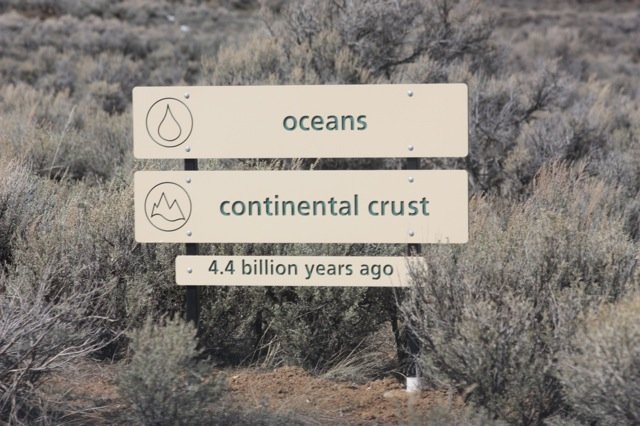 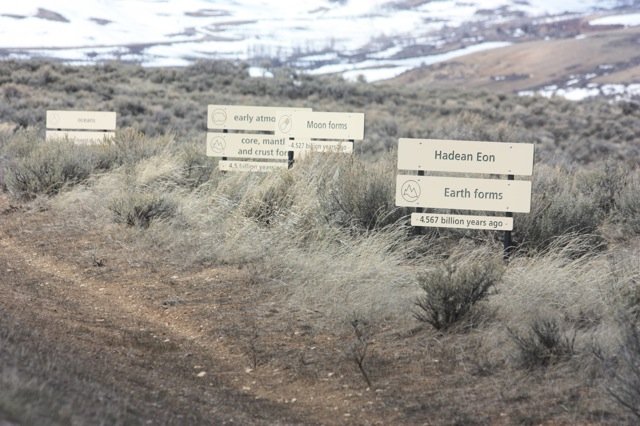 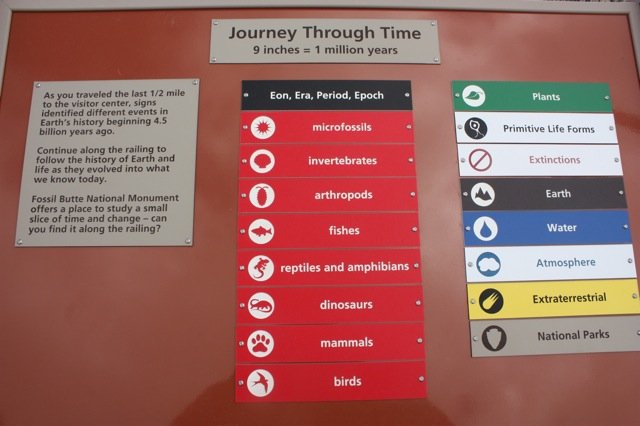 After traveling half of a mile, you have now reached a sign at the visitors center. 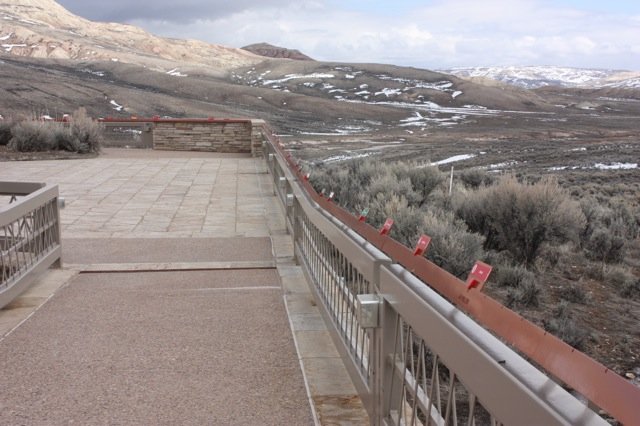 Now walk along the railing with all the millions of years signs on the side of the visitors center. 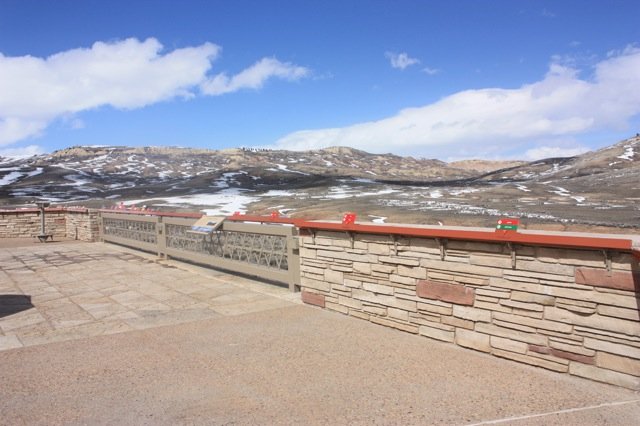 Now walk down the railing at the back of the visitors center with the millions of years signs. 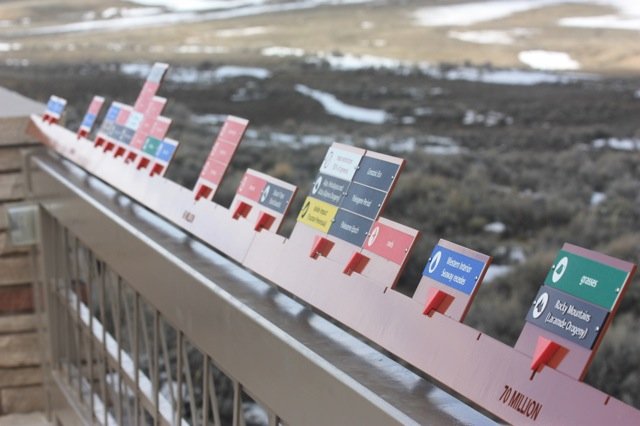 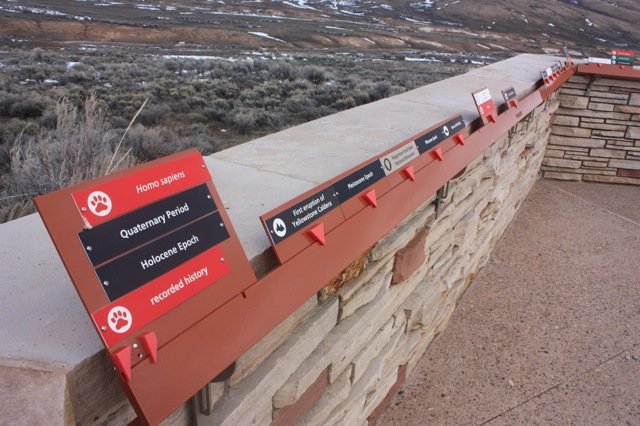 Now walk down beside the railing at the front of the visitors center until you see the two red arrows that explain the distance between those arrows, supposedly representing what is called “recorded history.”

Wow! From half a mile to these two red arrows, secular scientists know exactly what happened over the supposed billions of years! The reason there is such an emphasis on attempting to indoctrinate people in millions of years is because secularists can’t even postulate the idea of evolution without an incomprehensible amount of time. And actually, when you see the supposed billions of years of history spelled out like this, and then what is supposedly recorded human history, one realizes how far out this is. People begin to question how fallible humans in the present could ever determine with such accuracy such an incomprehensible history! 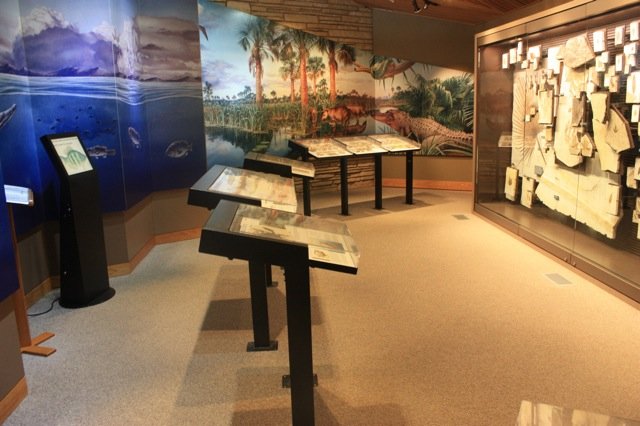 Oh, a reminder of what I’ve shared before on this blog: the fossils in the glass cases are what the scientists found. The labels and the paintings are their story to attempt to reconstruct the past from a total evolutionary, naturalistic perspective.

And then, one reads how these fossils had to be formed catastrophically. For instance, see this beautiful stingray fossil: 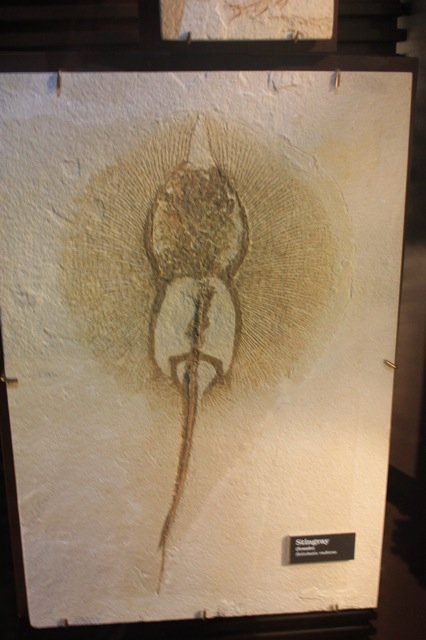 And look at these beautifully preserved fish fossils: 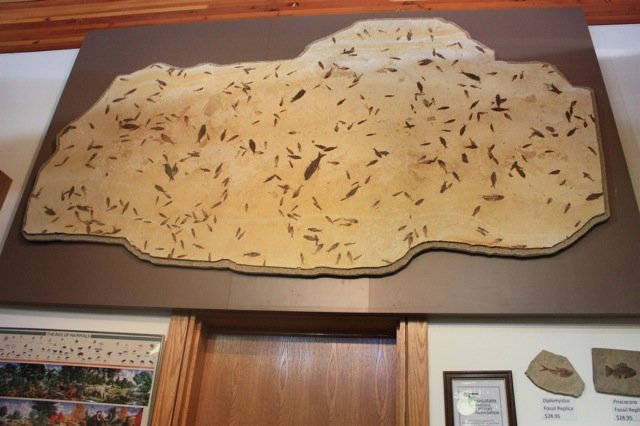 And lastly, see these two fish caught in the act of swallowing their lunch: 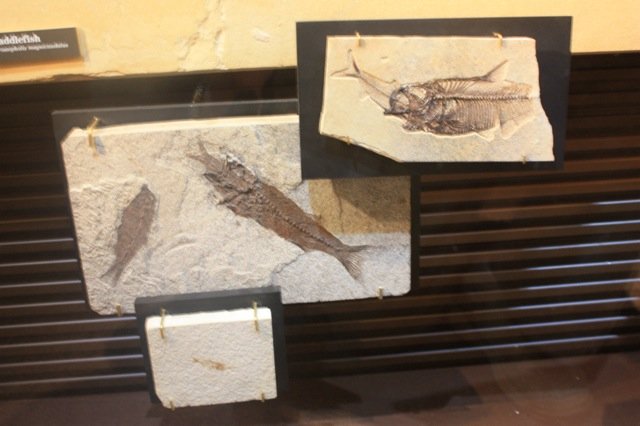 The sad thing is that such indoctrination in millions of years and evolutionary ideas occurs across the nation in museums, national parks, national monuments, zoos, aquaria, and so on—yet the secularists are up in arms about one major Creation Museum.

Isn’t it amazing? The atheists attack my Facebook page, and they continually mock AiG, the Creation Museum, and the Ark Encounter in their blogs. Also, articles are written in newspapers and magazines on evolution and opposing AiG, and secular organizations run conferences with presentations on how to deal with the Creation Museum and biblical creationists. Why are they so worried when there is an overwhelming indoctrination in millions of years and evolution across the nation? Because, for most people, many will question millions of years and evolution once they are taught how to think correctly about science and the Bible—shown how observational science confirms that millions of years and evolution can’t be true and how the Genesis account of origins explains the evidence. And then many people begin to realize they have to take God’s Word seriously. And there are those who recognize they are sinners in need of salvation.

Well, I just thought Americans might like to see your tax dollars as they are being used at just one national monument.

Previous Article No Wonder Two Thirds of Young People Are Leaving the Church Next Article The Emergent Church—an Evolutionary Hermeneutic?