Dream to Work for AiG

We are receiving more and more letters and emails from young people who tell us they want to be creation scientists, speakers, writers, and so on, and they want to work for AiG. Here is a letter we received from a junior in high school:

Some people dream of becoming an astronaut, a pilot, or the President of the United States.  I, as a junior in high school, have set my sights on becoming a speaker/writer/researcher for AiG. It is my dream to work for your ministry. Thank you for everything that you do. God has used your books, your videos, and the Creation Museum to significantly impact my life, as well as my parents’.  . . . I eagerly wait to see what plans God has for Answers in Genesis in the future.

Praise the Lord for these teens who the Lord is raising up to take a stand on God’s Word!

A family visiting the Creation Museum recently shared a wonderful story with us. Their local newspaper had a monthly photograph contest, so this family submitted the photograph they had taken of them at the Creation Museum by one of our Foto FX photographers. They won the contest for that month, and then found their photo was selected as the winner for the year. 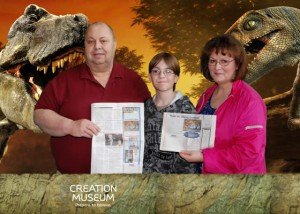 Here is the family holding the newspapers with the notification of their winning Photo FX photograph.

Below are scans of the sections of the newspaper showing their Creation Museum photograph and that they had won the monthly and annual contests: 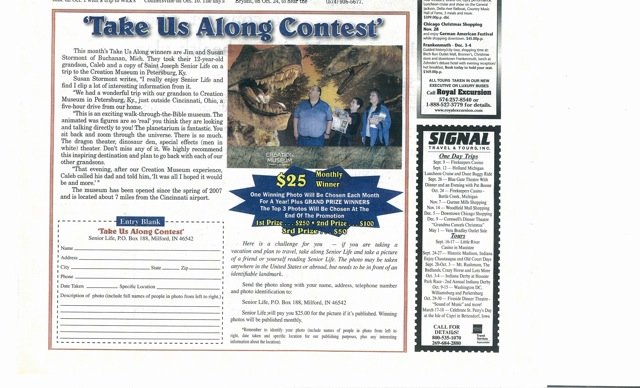 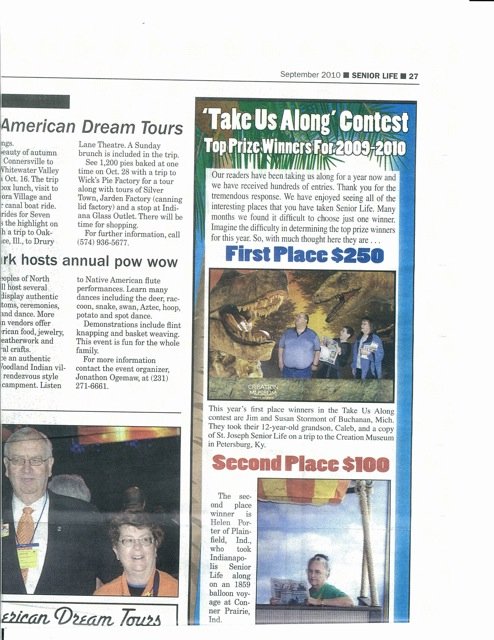 Congratulations to this family, and thanks for the publicity they gave to the Creation Museum! This is better than placing and advertisement in the paper.