AFR at the Creation Museum

Last week, American Family Radio (AFR) broadcast live from the Creation Museum. AiG has had great relationship with this radio network and the American Family Association (the parent ministry of the radio network). We are thrilled to be able to partner with other similar organizations who stand on the authority of God’s Word so we can equip and challenge Christians and reach more people in this culture with the truth of the gospel. The morning show was broadcast on more than 100 stations in the network. AFR broadcast live for two hours in the morning with Matt Friedeman last Thursday and then one hour in the afternoon with Marvin Sanders and Jim Stanley.

My segment on AFR has been archived as a video of the radio interview.

Here are some photographs from last week’s live broadcast: 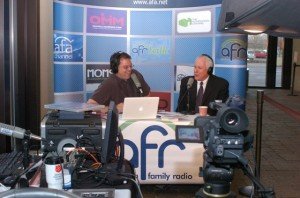 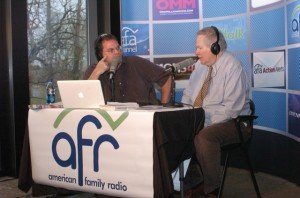 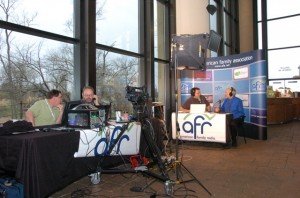 Answers in Genesis staff members are mourning the passing of two people.

Laura Strobl, who works in our graphics department, lost her husband Ric. The service was on Friday. Here is a photo of Ric: 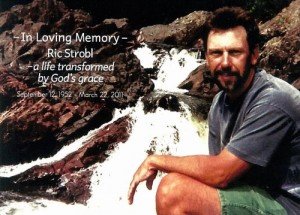 Also, Zelma Shinkle of northern Kentucky died recently at age 83. Her son Monte is a pastor in Missouri, and he has hosted me twice for conferences in his church. Zelma’s daughter, Conte Flowers, is also a great friend of AiG, and her husband Danny—a pastor in our area—has spoken at AiG staff chapels.

Please pray for the families during these difficult times.

Previous Article Do Two Nazarene Professors Endorse the idea that Rejecting Christianity Is More Viable than Believing Paul in the New Testament? Next Article Body of Evidence