I missed all the media excitement the past two weeks (as I’ve been in Australia) after Gov. Steve Beshear of Kentucky announced on December 1 that the Ark Encounter LLC and Answers in Genesis will be partnering to build a full-scale, all-wood Ark (plus other themed attractions located about 40 miles south of our Creation Museum). The worldwide media coverage was more substantial than we ever expected; you can see a list of many of the media reports on this site hosted by a creationist colleague: http://wiki.creationorg/Ark_Encounter_news

The current issue of Newsweek magazine has a short item about the Ark Encounter. Earlier in the week, there was a major article and a graphic of the Ark Encounter’s rendering in the New York Times, and a news segment appeared on World News with Diane Sawyer (the ABC evening news program that airs nationwide across America). 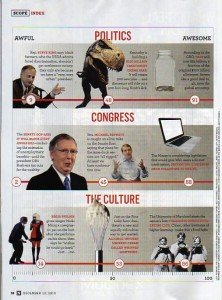 In addition, newspapers in Hong Kong, Italy, India, Ireland, New Zealand, many outlets in my native Australia, and so on popped up. 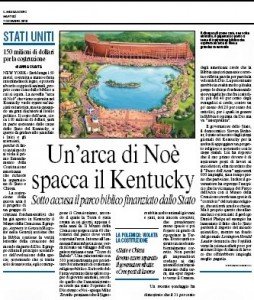 A German reporter from a Berlin newspaper was here at the museum on Friday to do a story on the Ark Encounter, and he also visited the site of the land for the Ark project.

Now, and as expected, some media outlets and countless bloggers misrepresented the state’s involvement in the Ark Encounter in terms of the incentives being offered to the Ark Encounter LLC. Read our web article (which was posted on Friday) that sets the record straight.

What’s the saddest part of the misinformation? Well, it’s the reports and commentaries written by Christians who wrongly suggest that the Ark Encounter is a frivolous “amusement” park. For the most part, it seems that their opposition has more to do with the fact that they don’t care for our message that Christians need to believe the book of Genesis as a historical book.