Back in 2007 (during the time the Creation Museum was opening), we had an interesting visit by well-known journalist A.J. Jacobs. He told us that he was writing another book, and it was to be entitled The Year of Living Biblically. (This title is a play on the 1980s movie The Year of Living Dangerously.) He was upfront and told us that he was spending an entire year attempting to follow every single “rule” in the Bible—as literally as possible. He indicated that he was not a religious person, though. But as a part of his unique year, he wanted to find out more about the book of Genesis.

Mark Looy, our CCO, spent at least two hours with him, and I was interviewed as well. Mark found him to be very intelligent and low-key, yet amiable. While A.J. tried to remain in character a little (full patriarchal beard and all), it was clear that he didn’t quite have a full understanding of Genesis—and Bible interpretation in general. Also, Mark had noted that his prior writings were such that AiG perhaps would not be portrayed in the best light when the book came out. But we almost always decide to be interviewed by secular journalists (with some rare exceptions), so we went ahead.

When The Year of Living Biblically came out, we mentioned it on our website (see this blog post). We were somewhat honored (well, maybe that’s too lofty a term) that he gave the museum a high profile in his book. A.J.’s book received high compliments from many publications (including the New York Times, LA Times, USA Today, and so on); A.J. soon was talking to movie producers at Paramount Pictures on a possible movie release. His book was on the New York Times best-seller list for three months. Mark has also seen him on television (he thinks it might have been the The Today Show on NBC Television).

One of our eagle-eyed supporters told us that they had found a video of A.J. giving a lecture. He looks so different without a beard! See a photo of what he looked like, with full patriarchal-type beard, when we met with him on this website page. He mentions us about 10 minutes into his presentation. Here is a transcript of a portion of the video (which can be seen at http://www.ted.com/talks/lang/eng/a_j_jacobs_year_of_living_biblically.html):

So, you know, I met with creationists. I went to the creationists' museum. And these are the ultimate literalists. And it was fascinating, because they were not stupid people at all. I would wager that their IQ is exactly the same as the average evolutionist. It's just that their faith is so strong in this literal interpretation of the Bible that they distort all the data to fit their model. And they go through these amazing mental gymnastics to accomplish this.

And I will say, though, the museum is gorgeous. They really did a fantastic job. If you're ever in Kentucky, there's -- you can see a movie of the flood, and they have sprinklers in the ceiling that will sprinkle on you during the flood scenes. So, whatever you think of creationism, and I think it's crazy, they did a great job. (Laughter) …

And finally I learned that thou shall pick and choose. And this one I learned because I tried to follow everything in the Bible. And I failed miserably. Because you can't. You have to pick and choose, and anyone who follows the Bible is going to be picking and choosing. The key is to pick and choose the right parts. There's the phrase called cafeteria religion, and the fundamentalists will use it in a denigrating way, and they'll say, "Oh, it's just cafeteria religion. You're just picking and choosing." But my argument is, "What's wrong with cafeterias?" I've had some great meals at cafeterias. For all his research, A.J. still doesn’t understand how Bible-believing Christians approach (or should be approaching) Scripture. We don’t accept everything in the Bible as literal—after all, there’s some poetry (as well as prophetic and apocalyptic literature). For example, Psalm 91:4 mentions that we can hide under God’s wing for protection: “He shall cover thee with his feathers, and under his wings shalt thou trust.” Of course, God is a Spirit and does not have a wing, so this is just allegory. Also, as Christians saved by grace through Christ’s death and resurrection, we no longer have to follow some of the laws of the Old Testament (e.g., in Leviticus) that were specifically given to the Israelites.

But do such skeptics really want to understand? I have seen many such skeptics come to the Creation Museum with their agenda in hand (and basically their articles already written), so they can mock us—they have no intention of actually carefully researching what we say.

I just had to brag a little about one of our grandkids; here she is on her first field trip: 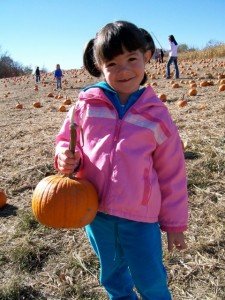 They received no correction

(Jeremiah 2:30) In vain have I smitten your children; they received no correction.

When the Lord Jesus Christ allows us to go through troubles, we ask if we are wrong; if so, our response is to receive the troubles as loving correction to get right. Thanks for stopping by and thanks for praying,