Quickly Over Millions of Years

Areas of Eastern Washington State and the Columbia River Gorge were once explained as a result of slow processes over millions of years.  However, secular scientists have now come to realize that massive, catastrophic processes were involved.  Creationists have done a lot of research to show that the breaking of an ice dam at the end of the ice age (which was generated by the Flood of Noah’s day) caused a massive post-Flood event called the Missoula Flood.  Secular scientists, who don’t believe in Noah’s Flood, are now saying that the geologic work of these areas happened quickly—but still over millions of years—instead of these areas being done slowly over millions of years!

Yesterday, Mally and I (and others in our AiG team currently in Washington/Oregon area for the AiG conference and video recording) had the unique opportunity of being taken on a boat trip on the Columbia river to part of the famous Columbia River Gorge.

A local creation group called Creation Explorers is currently producing a video documenting evidence for a post-Flood, catastrophic event that resulted in the Columbia Gorge (and many other features).  This post-Flood, catastrophic event is known as the Missoula Flood.  AiG has a number of articles about this flood on its website (e.g., see The mystery of the megaflood).  Creation Explorers has a trailer giving information about the content of this video production on their website:  http://www.creationexplorers.com/

Here are some photographs taken during yesterday’s relaxing, but very informative, cruise on the river: 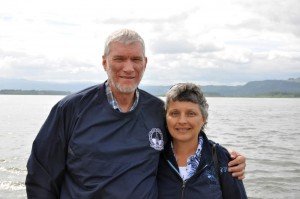 Mally and I before the trip 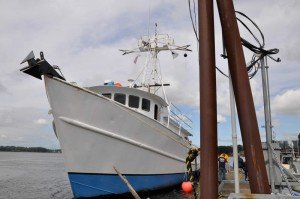 The 80 ft. vessel used for this trip (also used for the research and video project) 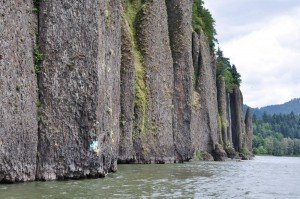 This is Cape Horn, a spectacular basalt deposit that was catastrophically eroded as a result of the Missoula Flood, which resulted from a ice dam breaking at the end of the ice age that was generated by Noah’s Flood. 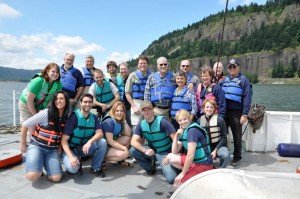 The “crew” (the Creation Explorers group and AiG staff) 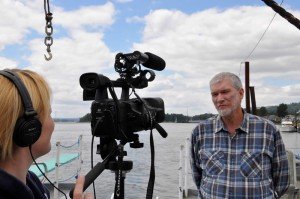 Being interviewed by the video producer about what I had observed

The conference in Washington was a huge success! I will have more to say about that in later blogs—it was late at night when I wrote this, and we had a very early flight to catch home.

You shall redeem with a lamb

(Exodus 34:20) The firstborn of a donkey you shall redeem with a lamb, or if you will not redeem it you shall break its neck. . . .