What a thrill to receive this email about a fourth grader:

Last week my grandson (4th grade) surprised us with this summary of his trip to the creation museum that he had produced on his computer. Not only had no one suggested that he do this, but he did it two months after his visit to the creation museum. To describe it as “the best vacation ever” was even more impressive to me as we had taken his family to Hawaii three years earlier to help us celebrate our 50th wedding anniversary. Last year we also took them for a week on Jekyll Island. So there [were] some great vacations that he was comparing with the creation museum trip. As much as his spontaneous evaluation pleased me, it occurred to me that you also would appreciate hearing his response: 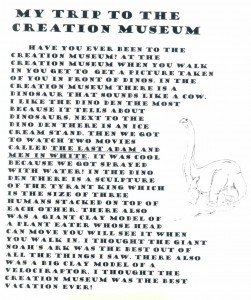 Here is his this young man’s report printed out:

My Trip to the Creation Museum 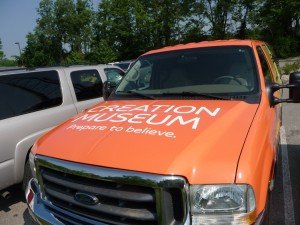 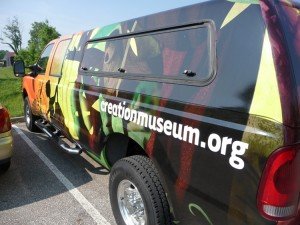 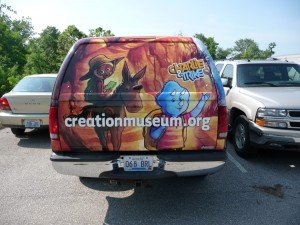 We know not what is become of him

(Exodus 32:1) And when the people saw that Moses delayed to come down out of the mount, the people gathered themselves together unto Aaron, and said unto him, Up, make us gods, which shall go before us; for as for this Moses, the man that brought us up out of the land of Egypt, we know not what is become of him.

Sin brings a despising of the man of God. Thanks for stopping by and thanks for praying,