Where Was I Over the Weekend?

I mentioned yesterday on this blog that I was going out of town to do something special and I would let you know what and where that was as well as post some photos.

I was privileged to be a guest of ministry friends with Kingdom Racing who are associated with the HP de Ferran Dragon Racing team, and I watched the Indianapolis 500 with them over the Memorial Day weekend. The team had two cars in the Indy 500: the #21 car driven by AiG friend Davey Hamilton and the #2 car by Raphael Matos. Davey, who started in the fifth row and finished in 4th place in the Indianapolis 500 several years ago, was out in the first lap when he got boxed out along a wall and the car slid down the track and hit the interior wall. Matos spent parts of the race in 3rd place, but he also hit a wall. Lots of accidents in the race, but Davey—a strong Christian, by the way—was OK, and largely held his tongue about how an aggressive driver forced him into a maneuver that led him to hit the wall. Matos was also fine. 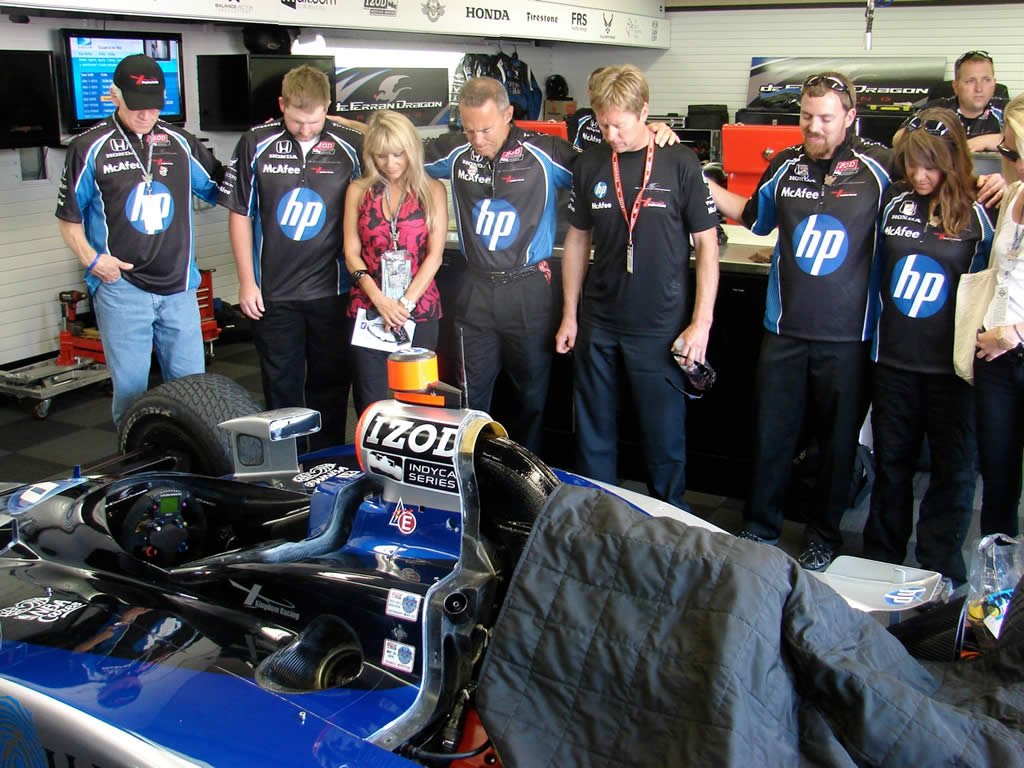 A group of us met in the garage and prayed for Davey (wearing the red lanyard) just before the race, right in front of his car. George del Canto, who hosted me, is to Davey's right, along with his fiancée. 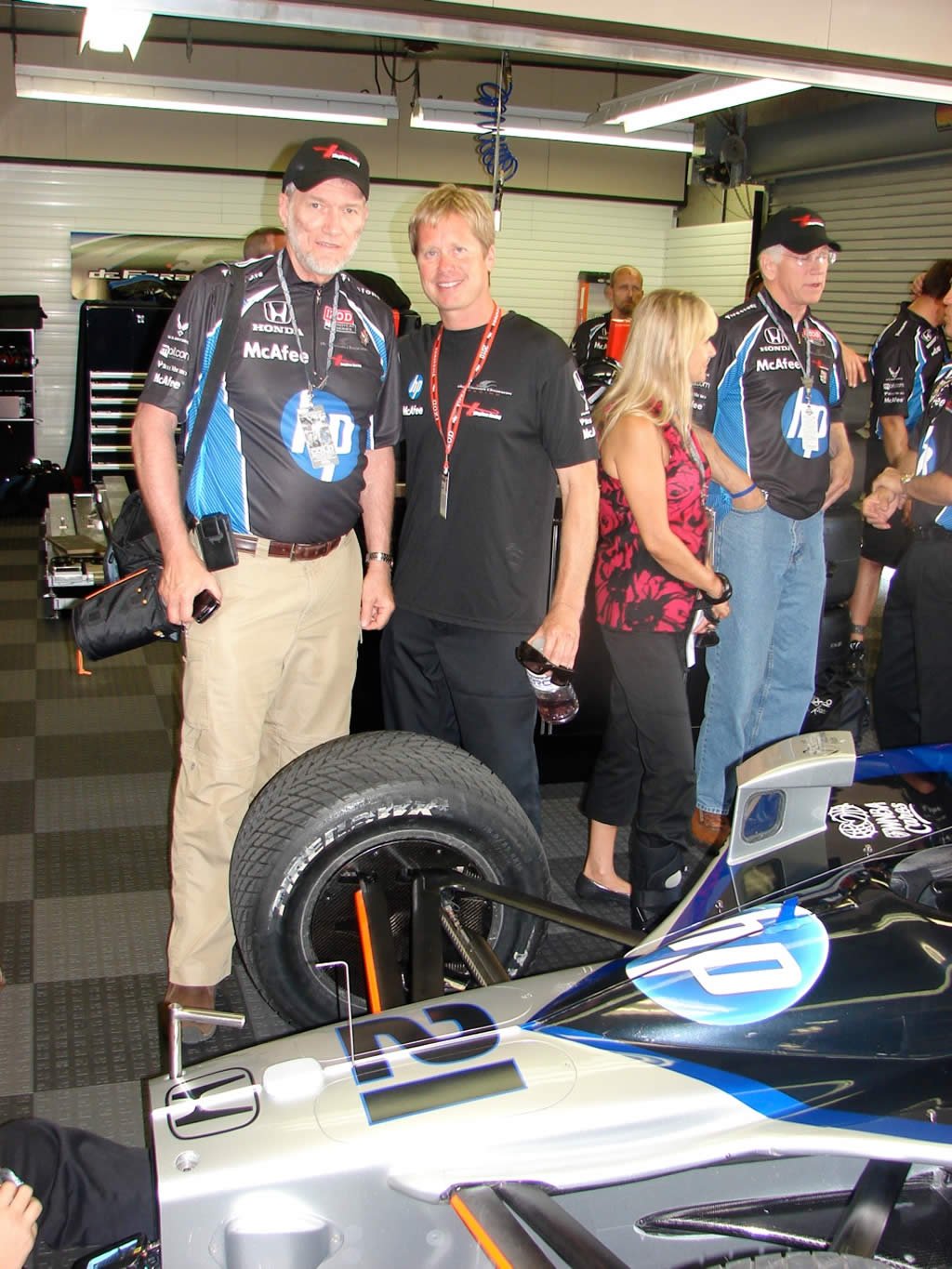 Driver Davey Hamilton with me in the garage. Davey toured the Creation Museum last year.

At top speeds on the straightaways (did you even think I knew racing terms like this?; well, I do now!), these cars go well over 200mph. Someone said that the back tires can get quite slippery when the track is so hot (it was very hot at this race), and that’s why there were several accidents.

It was an incredible finish—with a dramatic crash near the end when a car went air born, flew over a car, and then hit the wall. You may have seen replays on the news—if not, see it (plus others) on ESPN. The air-born driver came out of his accident with only a broken leg and a few bruises.

The team name for both the #21 and #3 cars comes from 2003 Indy winner Gil de Ferran from Brazil, who spent a few minutes with us in the team garage (and also introduced us to his daughter). I never thought I'd ever meet an Indy 500 winner, so that was special. 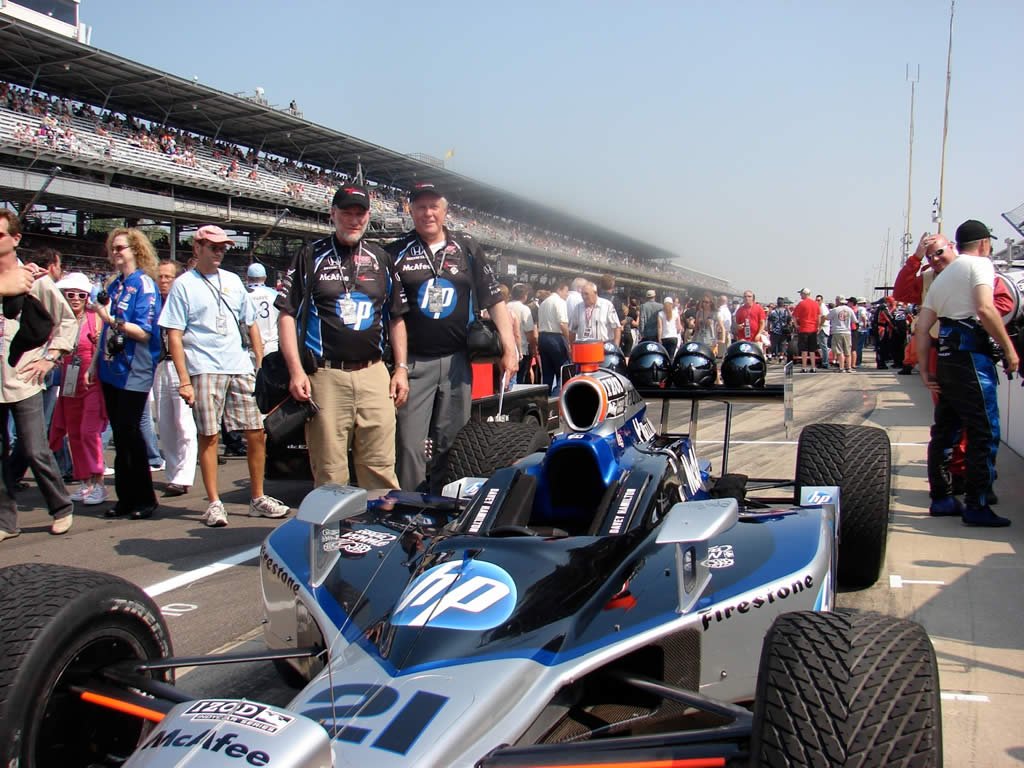 Mark Looy and I were allowed to follow the racecars out on the track and to the pits.

In the days leading up to the race, Kingdom Racing—which helped sponsor the Davey Hamilton car—had a display in the track's infield and distributed hundreds of copies to race fans of our witnessing booklet Why is there Suffering and Death? plus brochures promoting the Creation Museum (it's only about 100 miles from the Indy track). Kingdom Racing, as its name suggests, is all about using car racing to share the gospel. We were also invited to take part in a chapel service before the race. (We wrote about Kingdom Racing last year and its drivers—see my blog post .) 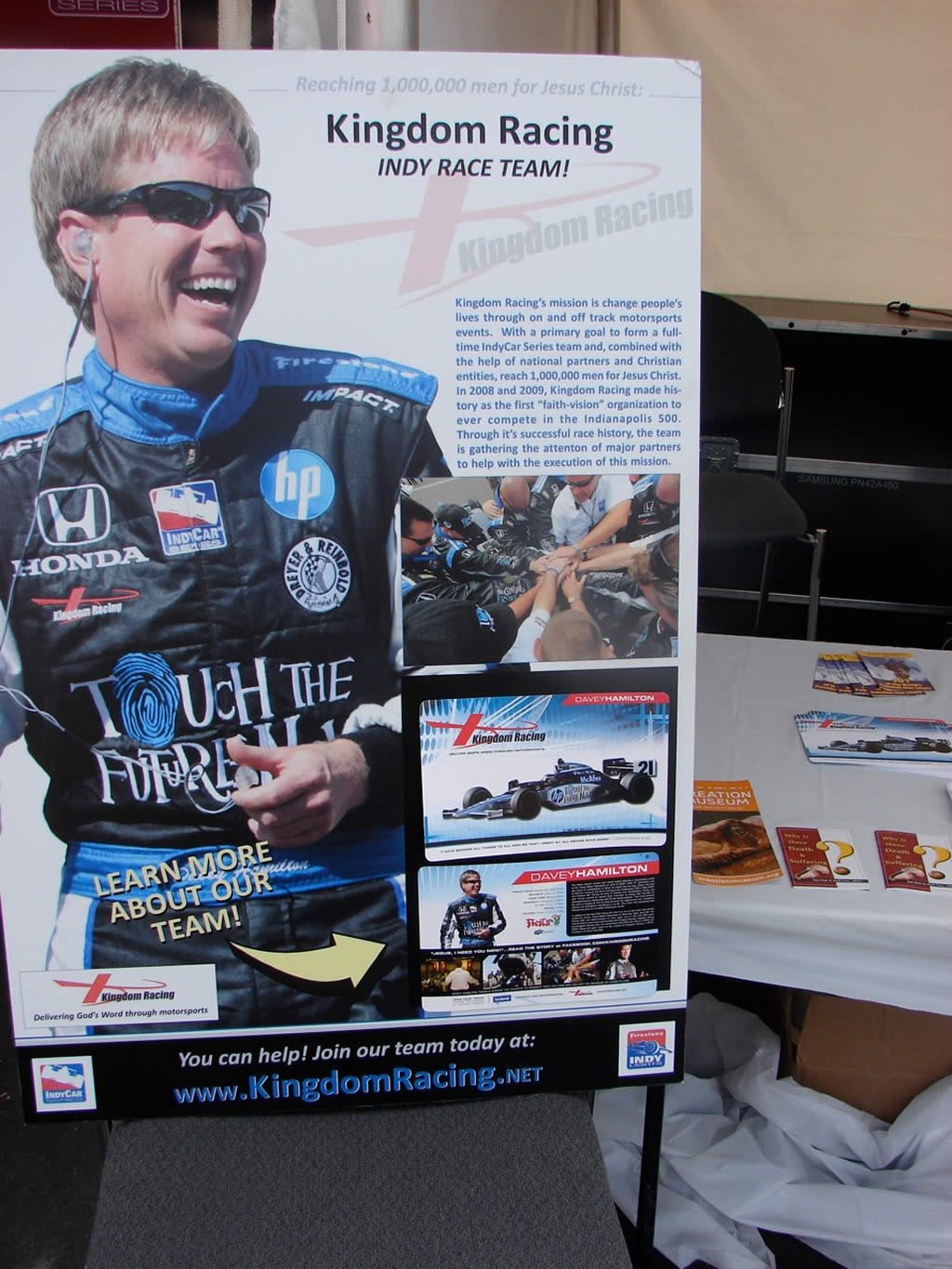 At a special display in the infield, Davey Hamilton made sure that our witnessing booklet Why is there Suffering and Death? was passed out (see to the right) plus brochures on the Creation Museum (which is about 100 miles from the Speedway).

Our group was allowed to go into the garage area and see the race cars getting their final tune-ups—quite fascinating. It was at the garage that a few of us prayed for Davey. Then a few minutes later we walked the car out to the track with the crew and into its pit. 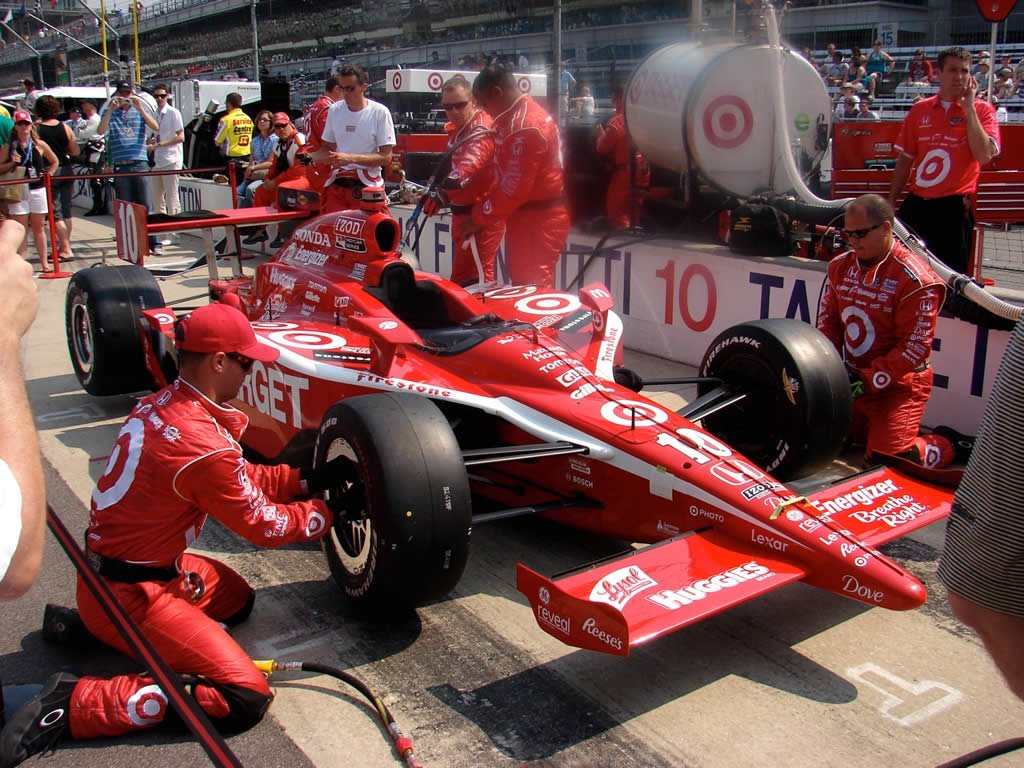 The winning car in the pit; it was driven by Dario Franchittti of Scotland, but whose wife is from Kentucky—the home of the Creation Museum!

Helio Castroneves, who was going for his fourth Indy victory, was leading until the last few laps, but had to pit and refuel. Here is Castrovenes before the race. 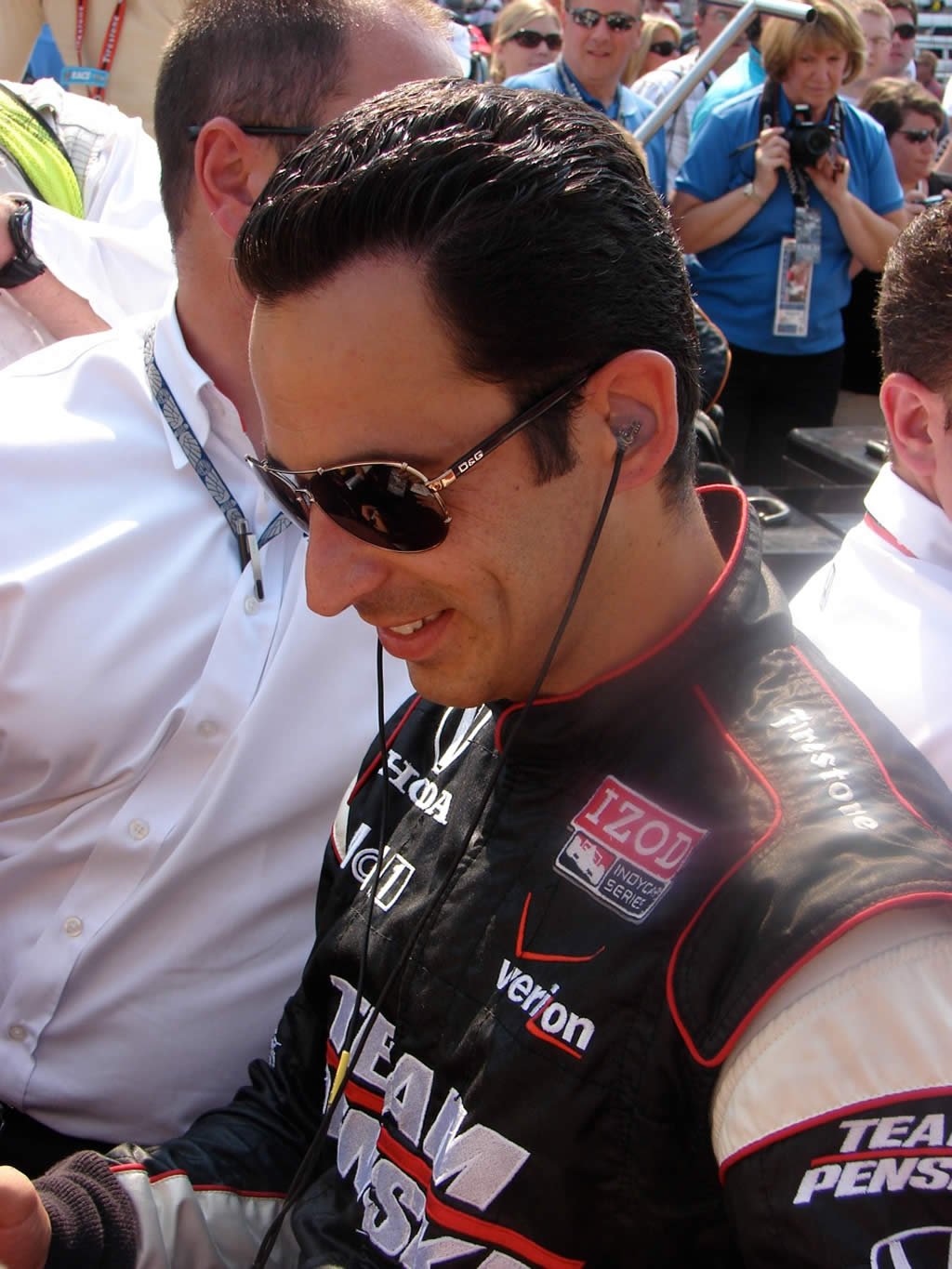 The famous driver Hector Castroneves, who came so close to winning his fourth Indianapolis 500. We had access to virtually all the drivers. 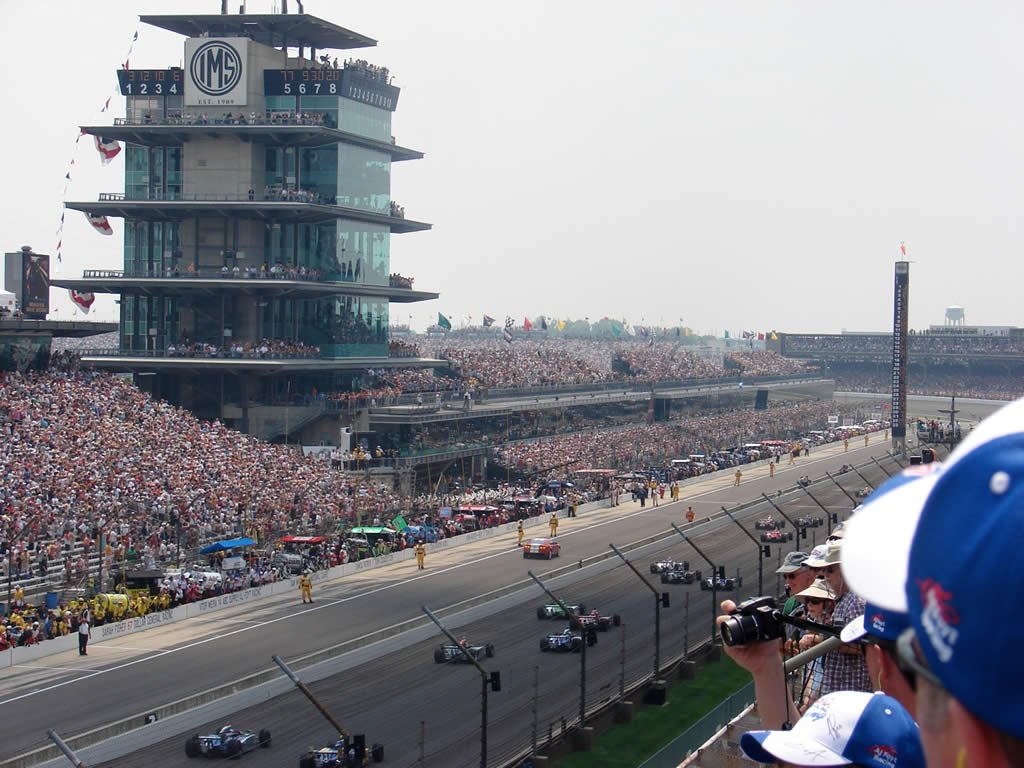 And here is a photo taken from our seats.

When we walked out onto the track and followed the cars to their starting spots, it was hot—over 130F degrees on the track and 96F in the stands. Not exactly a relaxing weekend, but it was fascinating. And there was some battling of traffic (about 400,000 people attend the Indy 500; you will not believe all the traffic this creates—even when you leave 7 hours before race time!). But it was a lot of fun.

On this Memorial Day in America, where we pause to think about those who have sacrificed for this nation, we wanted to let you know that AiG has some staff members who have relatives and close friends in “hot spots” around the world. I hope you will pray for their safety.

It was very fitting to have Josh Bleill, a remarkable young man, as the the chapel speaker at the Indy 500 on this Memorial Day weekend—a Marine who lost both of his legs in a roadside bomb in the Iraq war (two of his friends were killed in the blast). He is still able to praise God (even on bended prosthetic knees), and he shares his revitalized faith at many public meetings. It was wonderful to see a man rejoice in the Lord after such a traumatic time.  We have invited him to tour the Creation Museum, and he said he was excited to do so. Later that morning, we talked with him again in the garage area. 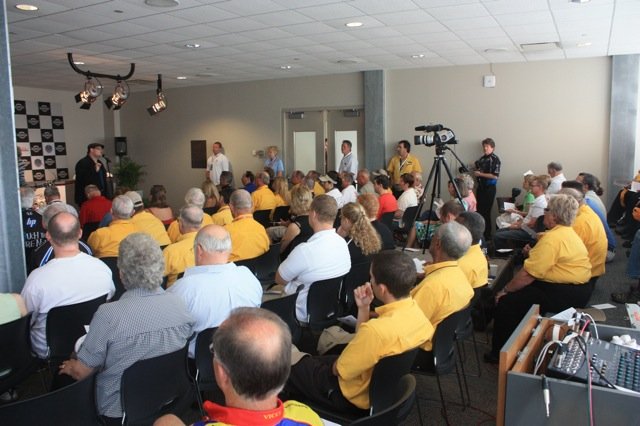 The Chapel Service at the Speedway 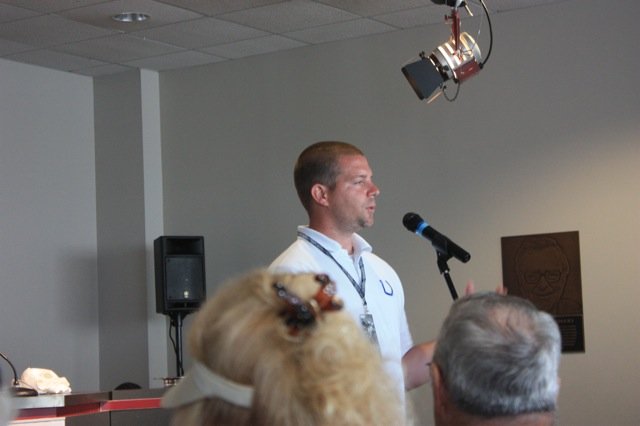 Here are some more photos taken at the Indy 500: 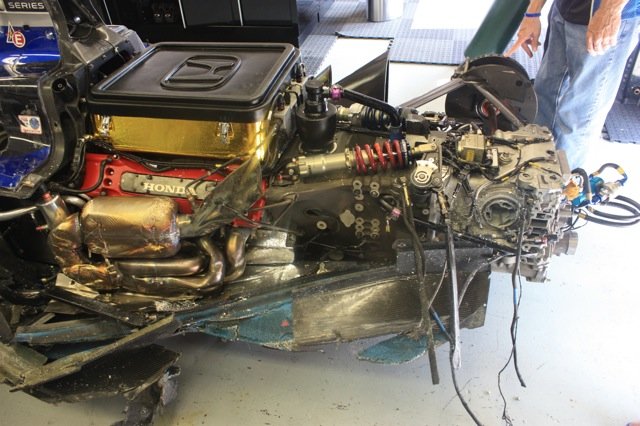 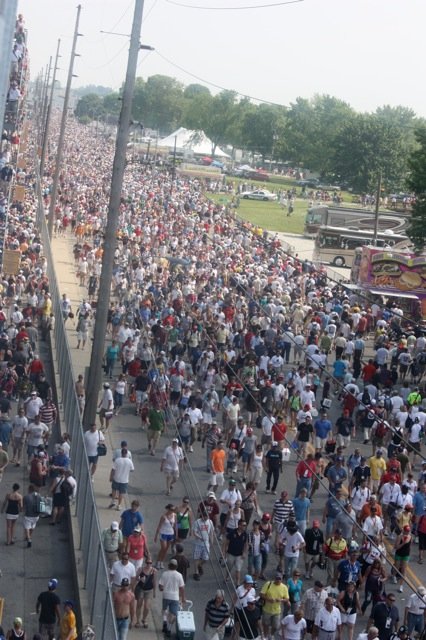 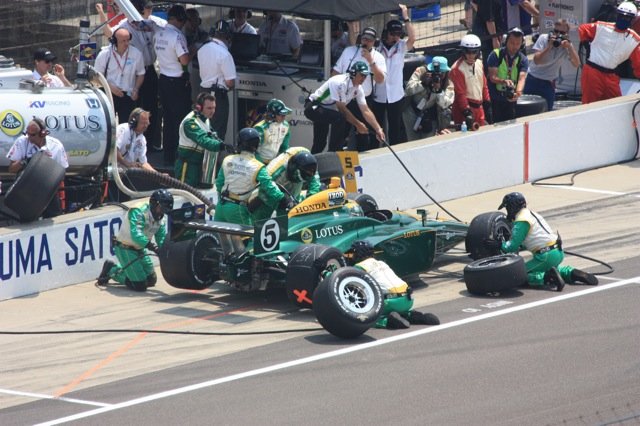 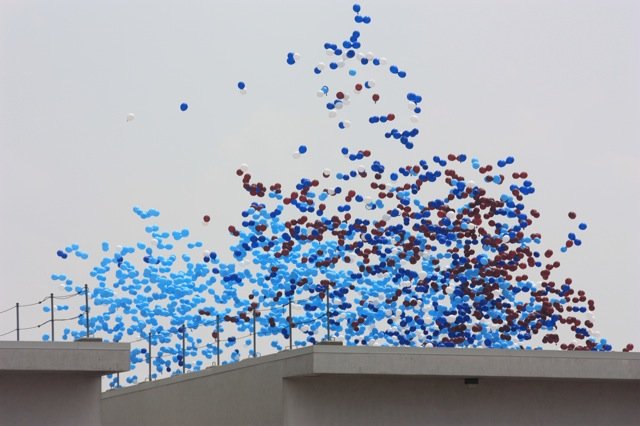 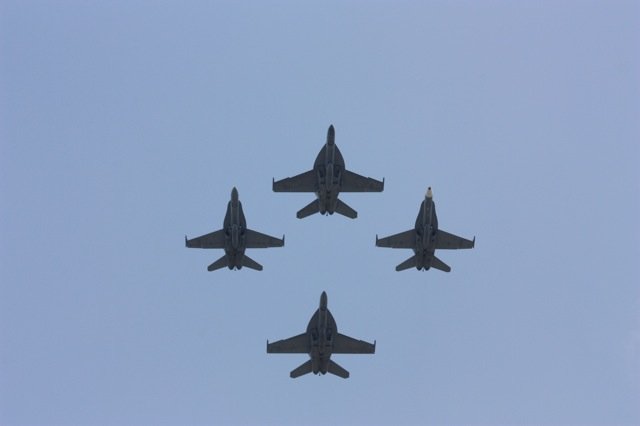 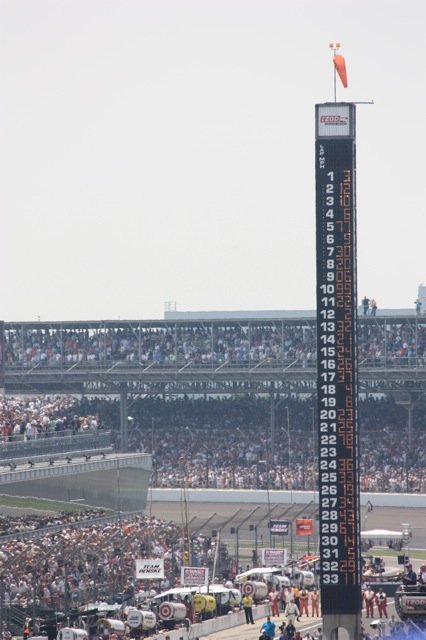 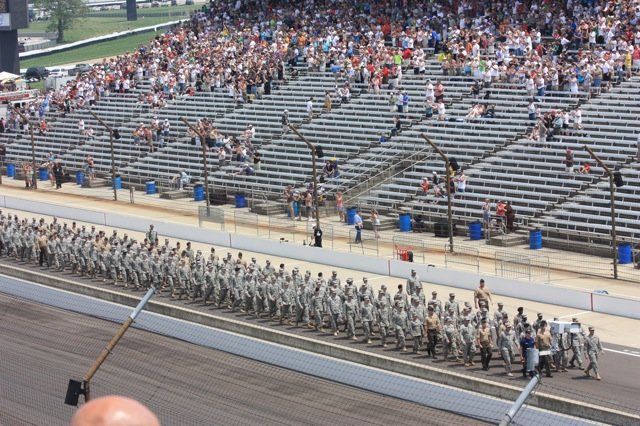 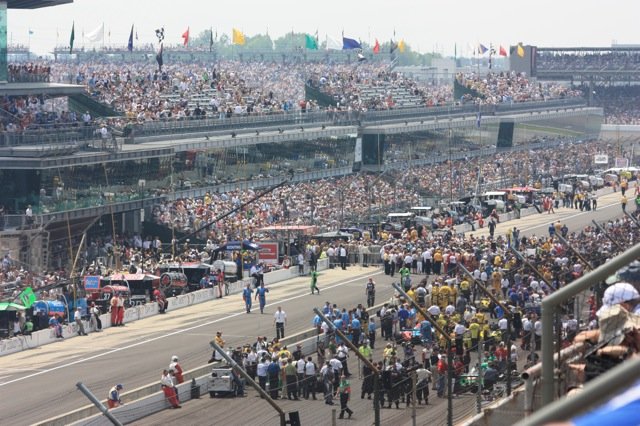 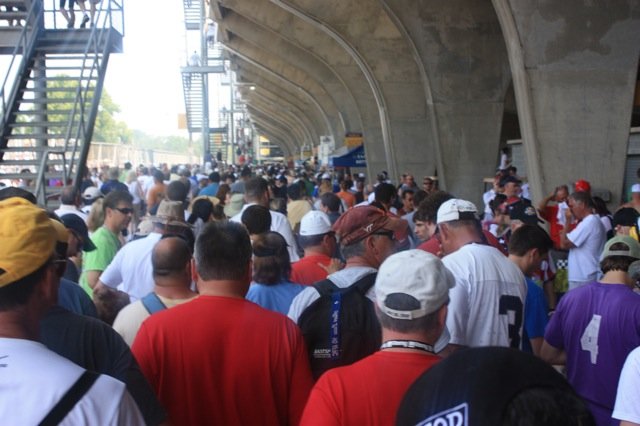 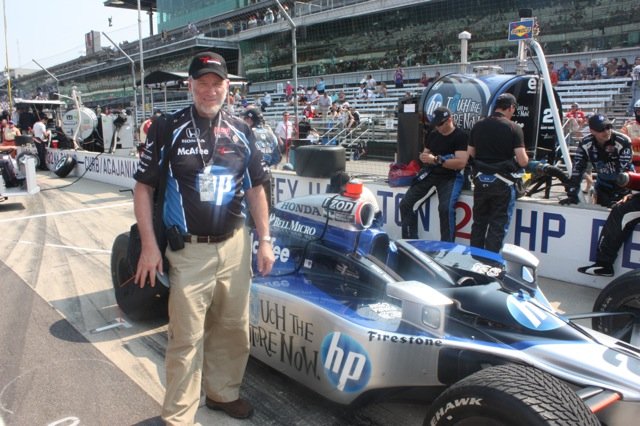 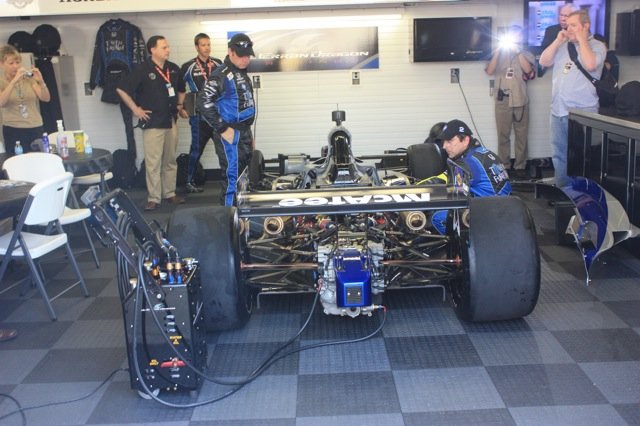 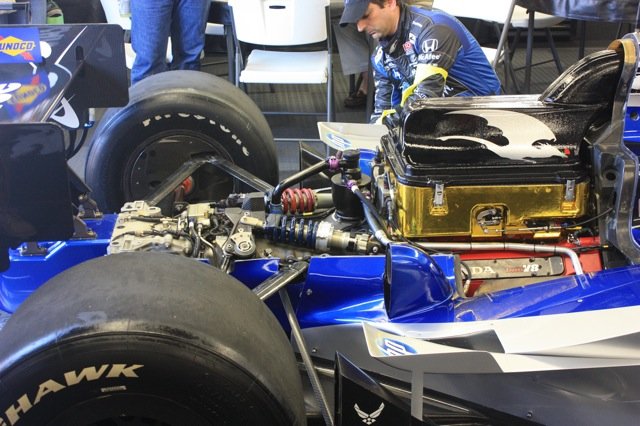 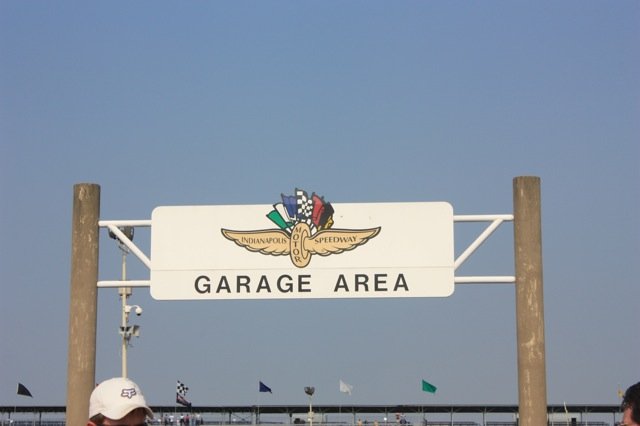 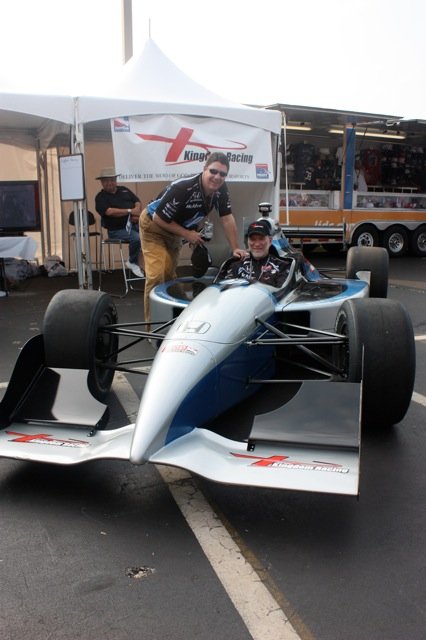 Have a happy Memorial Day; thanks for stopping by and thanks for praying,