The Need to Dig Wells

The title of the commencement address I gave at Tennessee Temple University recently was “The Need to Dig Wells.”  It was thrilling to see a summary of my address on a blog written by the wife of a graduate.  She stated the following at http://untilthedaydawn.wordpress.com/2010/05/03/well-digging/:

[He] made a striking comparison to today.  Our founding fathers built this country upon the Word of God.  They dug deep wells that sprung forth life-giving waters.  This water is Jesus Christ himself. Over several generations, the “Philistines” have stopped these wells using public education, secular colleges, the media, Hollywood, and false preachers and teachers.  They have filled the wells with lies and have stopped the flow of water.  [He] charged the audience to go out into the world and, like Isaac, re-dig the wells that have been stopped.  In addition, we need to be about digging new wells that bring forth life-giving water.  But whosoever drinketh of the water that I shall give him shall never thirst; but the water that I shall give him shall be in him a well of water springing up into everlasting life. (John 4:14) 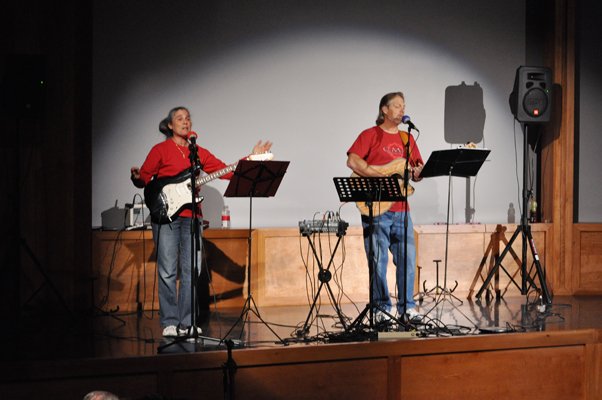 It’s always nice to present a special musical treat for our staff on Tuesdays and Thursdays during our chapel sessions. Recently, Robb and Kathy Blanchette played some songs from their CD Crossroads, and they helped the staff get off on a great footing to start the work day.

Robb and Kathy, now that they are retired educators, use their RV to travel around the country to volunteer at ministries such as the Creation Museum—and also to perform their uplifting and God-honoring music whenever possible. To find out more about this talented duo, go to their website—when you open the following link, scroll to the bottom to view some Creation Museum photos: http://tashaandmikey.webs.com/fallwinter09and10.htm

They often travel between Wisconsin and Florida, states where they have family—please consider having them come to your church or group if you are in-between (and even if you live in the West, they have family 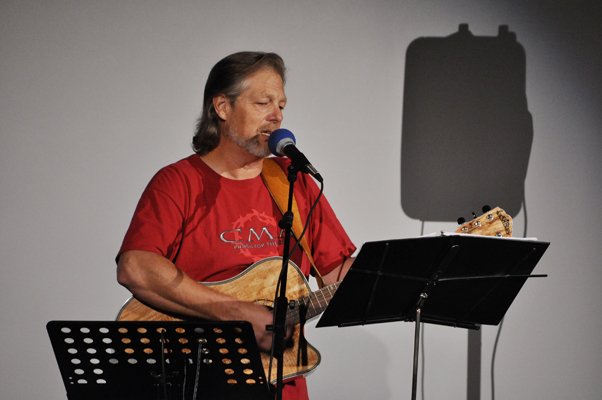 there, too, and so are looking for a reason to head West from time to time). Some of our staff members have listened to their Crossroads CD and have been greatly blessed by it.

We thank them, and many hundreds of people each year, who volunteer at the museum and AiG.

They shall not escape

(Job 11:20)  But the eyes of the wicked shall fail, and they shall not escape, and their hope shall be as the giving up of the ghost.

The lost think that they will escape the judgment of hell because they hope that their death is the ultimate annihilation that they will not wake up from—not true. Thanks for stopping by and thanks for praying,