“What We Are Doing Counts!”

From time to time I like to share testimonies with you that come into our offices—here is one from this week:

For the past three years, I have been going to a men’s Bible study . . . . We have a great deal of spiritual harmony in this group. On any given Saturday, we may have 10 different churches represented. We take turns leading and teaching.

On a week, right before Christmas, that I was leading—I chose to play the Already Gone DVD to let the guys in our group understand a bit more about what the Creation Museum and Answers in Genesis is REALLY about. I was amazed at the response. There were probably 20 men in the room who were all RIVETED to the DVD and hung on every word. A couple of the guys even scheduled a trip up to the museum between Christmas and New Year’s Day in order to see the museum and come that night to the Nativity. One guy, in particular . . . is a former minister in this denomination. He’s a wonderful guy–and has been to the museum. But, he tells us all that he’s still very hung up with Genesis being more a book of FAITH than of HISTORY. But–our new Darwin exhibit at the museum helped this man’s wife put the pieces together. She is a nurse . . . . She works around antibiotics all the time. When she saw the exhibit on mutations in the new Darwin exhibit–her husband told us all that it just clicked for her and made PERFECT SENSE. In essence–because the Darwin exhibit spoke her language–she has come to believe the young earth message.

What we are doing counts!!

I have had the privilege of speaking at Appalachian Bible College for the past three days. Last night the auditorium was packed for the public meeting. This is one of the few Bible colleges in America that takes a very public stand on a literal Genesis. I heard so many encouraging testimonies from students and others. One man (in tears) told me that 15 years ago he was an atheist—but then he came across AiG resources—now he is an on-fire Christian. This meant so much to him; he was very emotional—but just wanted to say thank you. Here are some photos from the past three days:

2. The president (Dr. Dan Anderson) of ABC and I 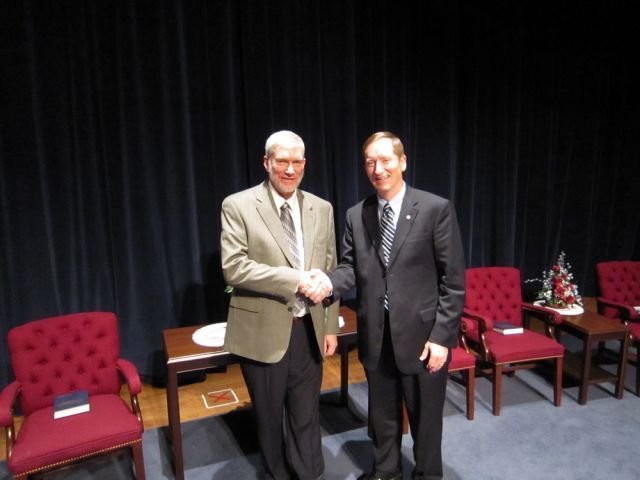 3. A young boy at the microphone asking a question (I answered questions during two 1 ½ hour Q&A times.) 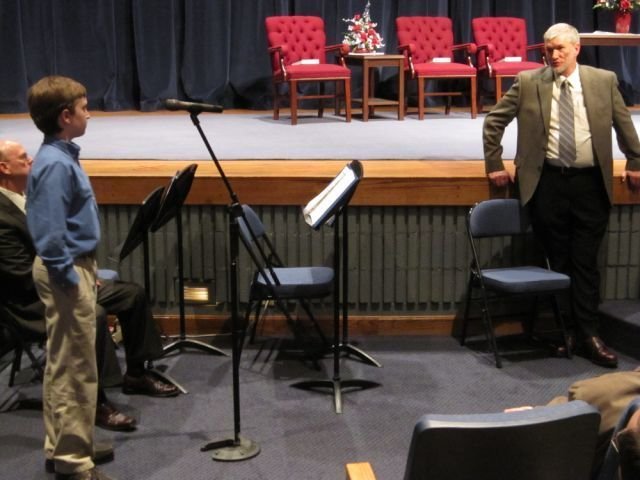 4. The auditorium during chapel

5. Answering questions in the lobby 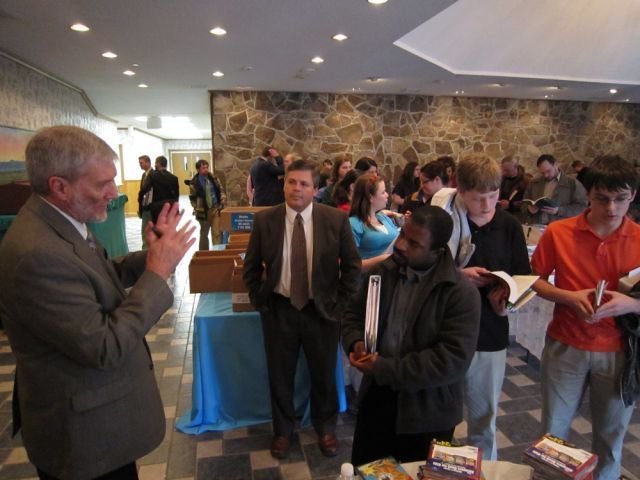 6. Stephen Ham (senior director of Answers Outreach) bringing an evening devotion to the students of the college—with our 2010 theme of “Not Ashamed” on the screen 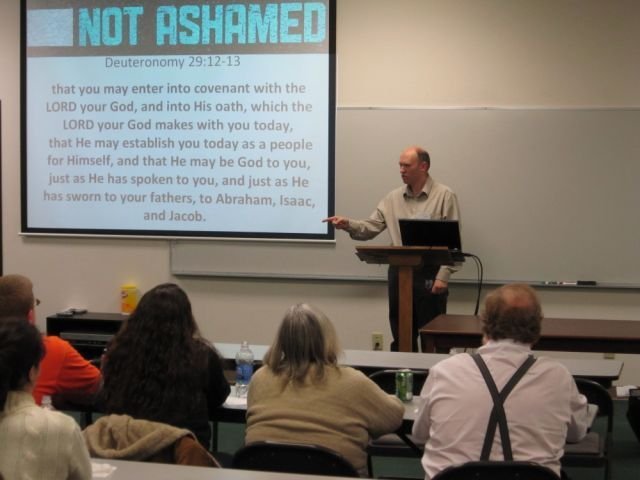 7. Professor (of professional studies) Charles Bethel and I (Dr. Bethel coordinated the lecture series at ABC) 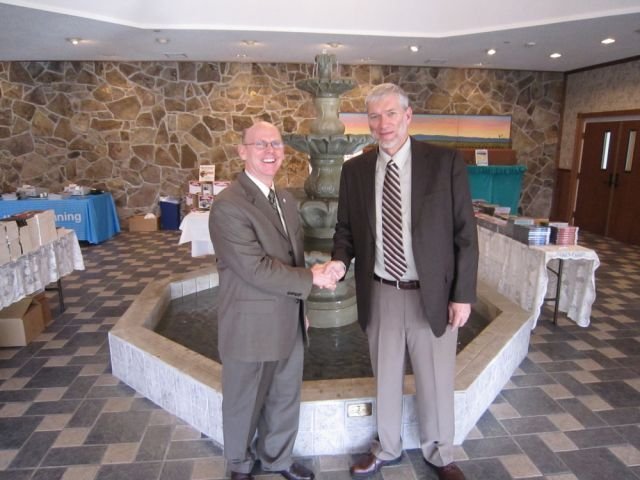 8. Our helpers at the resources tables 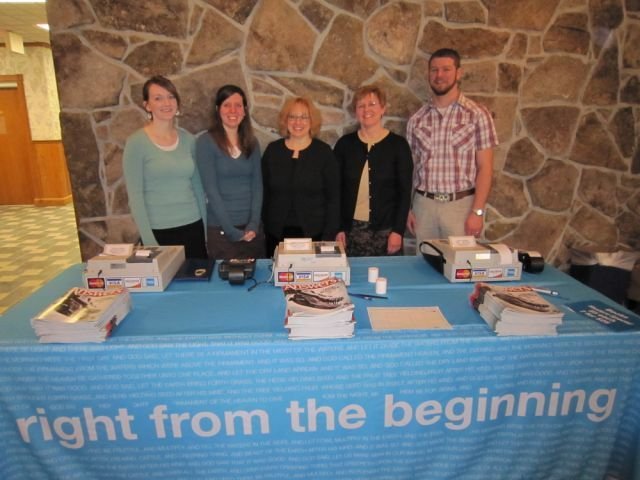 There is hope in your end

It took the cross, the Father sacrificing His Son, and the Lord Jesus Christ exercising every fiber of His will to finish in order for us to say there is hope in our end. Thanks for stopping by and thanks for praying, Ken