Or—is it really overcoming how people in the media view Christian activities in our culture?

Recently, we have seen examples of local media excluding mention of our major Christmas programs at the Creation Museum—and also ignoring the museum in lists of major events that occurred over the past decade. For example, our CCO, Mark Looy, sent a letter to the Cincinnati Enquirer where he noted its glaring omission of any mention of our substantial Christmas program (e.g. Live Nativity, special dramas, star of Bethlehem planetarium program, Bethlehem marketplace re-creation, thousands of lights,  etc.) in a long feature article of Christmas events in our area. The paper listed dozens of local activities (and many of them got write-ups and accompanying photos), but there was nothing about the museum’s events in this lengthy piece (which were to eventually draw over 17,000 visitors).

Then more recently, the Boone County Recorder newspaper  (our county’s newspaper) included an extensive article on dozens of major events in Boone County over the past decade, yet a very significant event—the building and opening of the Creation Museum (that still draws media from around the world, visitors nationally and Internationally, and brings tens of millions of dollars revenue into the county each year)—was not even mentioned.

A long-time museum backer, Rob Arnold, wrote a letter to the editor of this newspaper in an attempt to correct this situation. 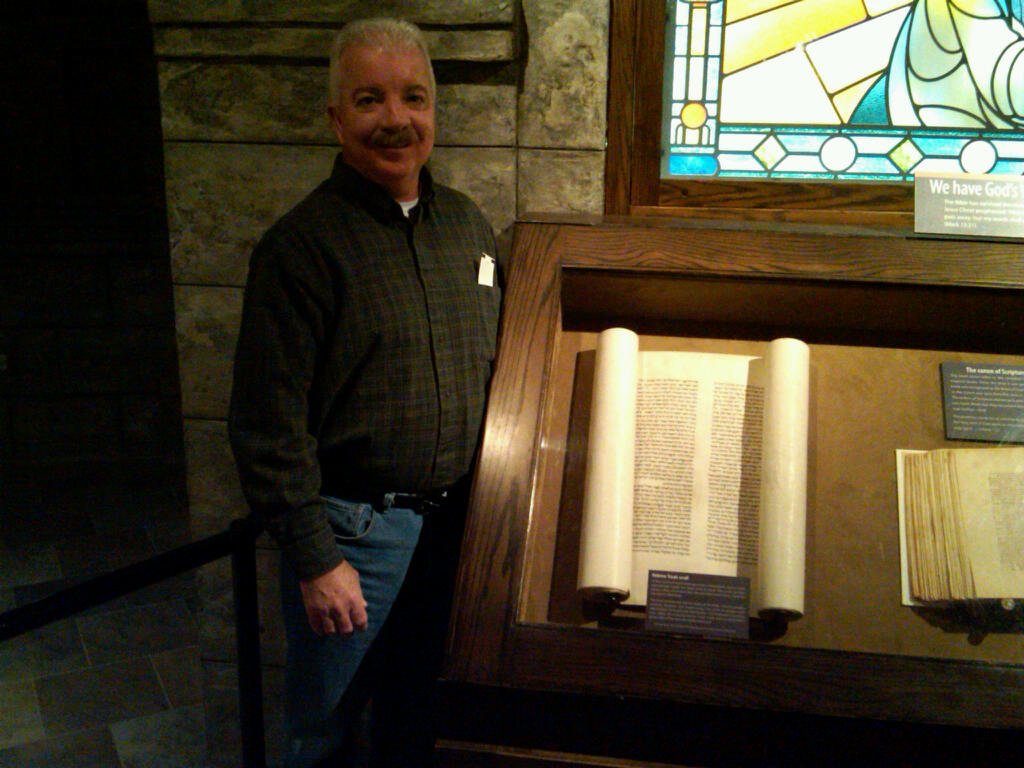 Ministry friend Rob Arnold visited the museum on Saturday, two days after his letter appeared in the paper.

Here is a copy of the letter:

The Recorder printed a long, front-page article on the major news items of the past decade in Boone County (including a certain dog in Rabbit Hash), yet there was no mention of the opening of the hugely successful and internationally recognized Creation Museum.

This very popular attraction has become a big part of our community. It has drawn almost one million visitors in 2 1/2 years, plus the world's major media. The Creation Museum has also become an economic engine—each year the museum brings in tens of millions of dollars to the regional economy, as museum guests stay in hotels, eat in restaurants, visit other attractions in the area, etc. I am surprised that the museum did not fit in the Recorder's categories of "economy good/bad" or "new facilities."

Why was a major success in Boone County, drawing visitors from all around the world, not even mentioned by the Recorder yet dozens of other items were? For our family, the Creation Museum is one of the best things to have ever happened in this county, and not just for helping our local economy in these difficult times: it is a family-friendly center with a positive message.

Florence, KY Here is a link to the digital version of the Boone County Recorder—go to page A 9 to see Rob’s letter:

So one way to help overcome media lapses like this is to write letters to the editor and point them out,  as we did with the Enquirer and as Rob did with the Recorder.