Terry was an agnostic (but really more like an atheist), living in my homeland of Australia.  His marriage was falling apart.  He was a friend of my brother Stephen.  Stephen used a “creation evangelism” approach to construct a course to teach Terry concerning the basic doctrines of Christianity—at the same time answering the secular accusations of the day against the Bible.  Terry became an onfire Christian.  His wife also became a Christian.  Their marriage was restored, and Terry and his wife Julie are now actively involved in spreading the good news of the gospel.

Terry helped Stephen write what is now known as the “Answers for Life” course (published by and available through AiG).  This is a six-week course that can be used as a small group study to teach Christians the basics of the Christian faith, but also to teach non-Christians concerning the Bible, Christianity, and the gospel.

Last week, Terry and Julie sent me a photograph of their daughter Jasmine, who turned 1 year old.  Jasmine really is a “miracle baby.”  Note the book she already has in her hand!! 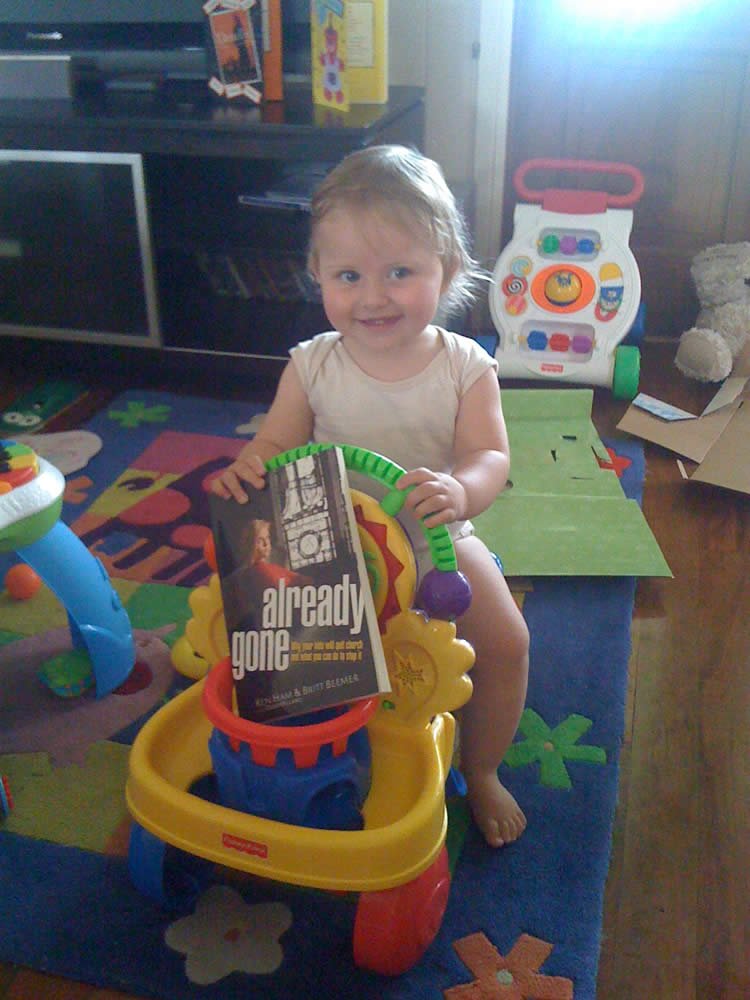 You see, she is the result of that ‘“new birth,”—the fact that Terry and Julie were both born again and now are passing that spiritual legacy on to the next generation.  Julie has written an incredible fiction book that will keep you on the edge of your seat, and will reach many people with the gospel—it is a mystery novel but written in such a way to challenge people concerning the Christian faith.  Master Books will be publishing this in 2010.  Julie is a very talented writer, now using her God-given talents for the Lord—another result of the miracle of “new birth.”

Terry is now involved in building a ministry in Australia to reach people for Christ—people who are like he used to be.  He is using the “Answers for Life” course that he and Stephen wrote.  Here is a report he sent me:

We have started a group that meets in the City each fortnight [i.e., every two weeks] to try and help the City non Christians come to know Jesus (there are so many ‘walking dead’ in the City). It has been some time in the making and we finally held our first meeting last night. We had non/new Christians that came along.  We wish to run them through the Answers for Life course which is made up of 6 sessions as follows:

Last night we spent most of the time getting to know each other and discussed some general questions about what faith is? etc.  I am really encouraged, as the guys seemed genuinely interested and all shared their thoughts as we spoke.   Could you all pray for our small group please? Please pray that God would continue to challenge these 4 guys and also pray for guidance and wisdom for the leaders.  The guys have committed to go through the course with us and see where it leads them.  Thank you for your prayers!! If you knew Terry before he became a Christian, you would understand what miracle it is that he is now involved in such ministry.  Pray for Terry and Julie in Australia.  And think about the possibility of you actively spreading the gospel as this couple are—the Answers for Life course is ready made for you to take a group through the basics of the Christian faith and challenge them concerning the gospel.

As a relatively new Christian, Terry (right)—with my brother Stephen (left)—visited the US in 2007. We took a quick trip to New York City. Here they are in the Wall St. section of the city. 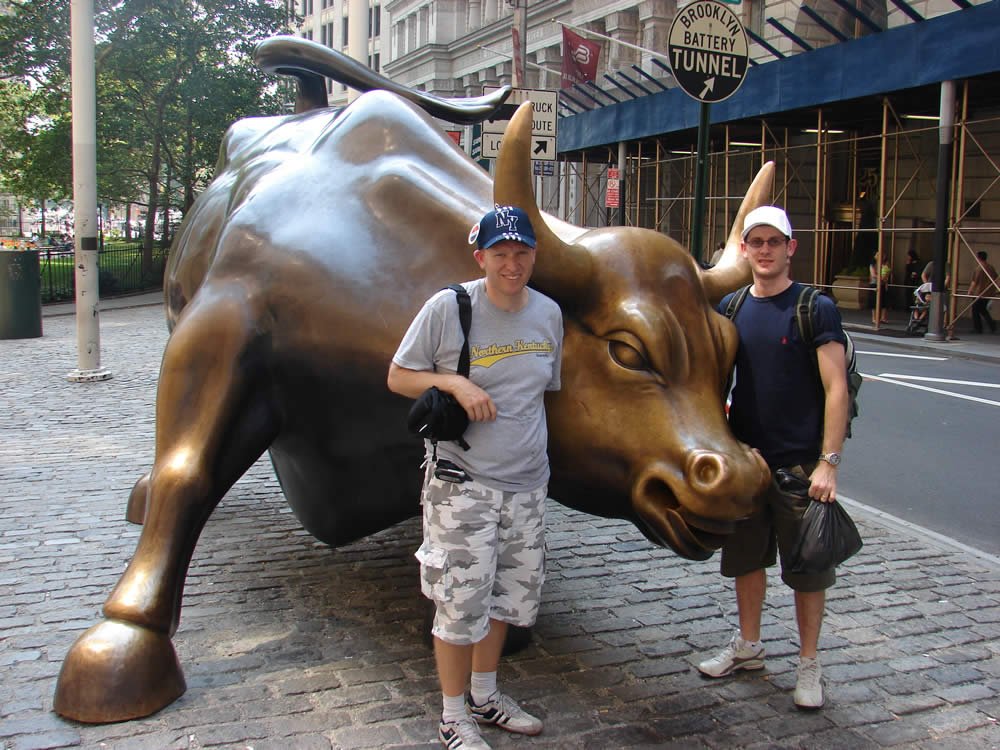 I wanted to mention our special on-line “Gift Matching” opportunity again. Year-end giving by our supporters is crucial to those efforts, and so a generous Answers in Genesis supporter has offered to match dollar-for-dollar every gift that is made online from now until December 25 (up to $225,000)!

Your support right now will go towards our online giving goal of $750,000—with your gift matched (before December 25).  This is a wonderful opportunity to finish the year strong, and kick start our 2010 outreaches for the church and your family—and to families like Terry and Julie’s. Give a donation at this link.