Sometime next month, a new visitor will take up permanent residence in the Main Hall of the Creation Museum—a cast of a large mastodon called the Burning Tree Mastodon. Today I visited the Creation Museum’s workshop to view the progress on the skeleton assembly of this quite enormous beast. The skull and tusks will be placed in position in the next few days.

The skeleton will first be displayed at the annual meeting of the Southern Baptist Convention (to help advertise the Creation Museum) coming up in Louisville, which is 90 miles from our museum—and then will be placed in its permanent home in the Creation Museum. Here are some photographs taken of the assembly today: 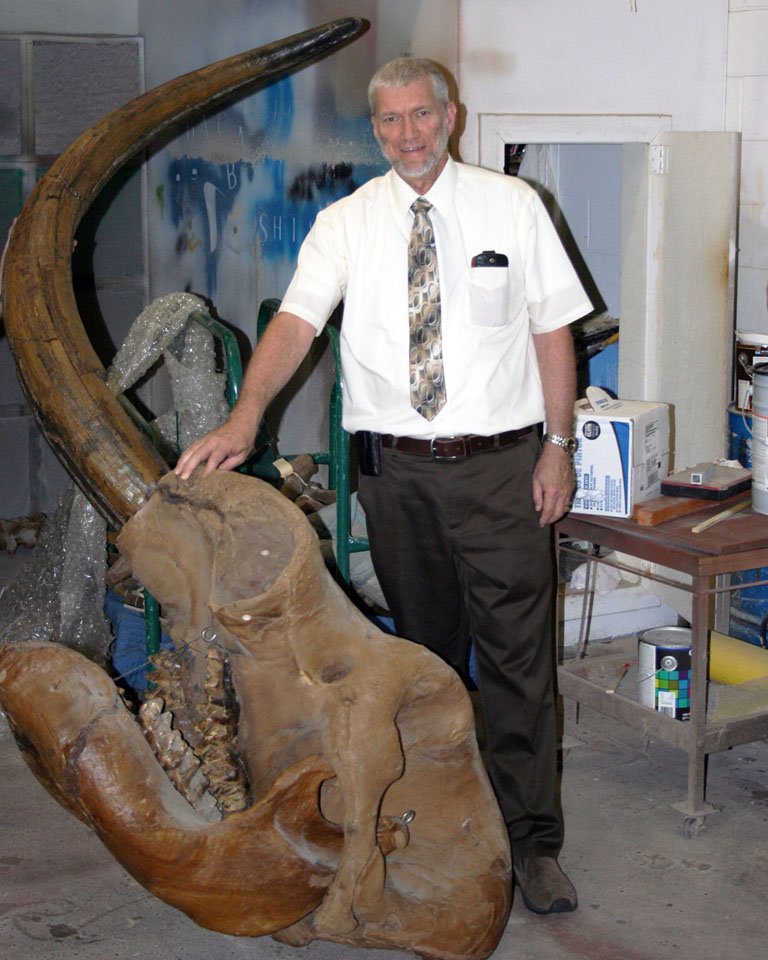 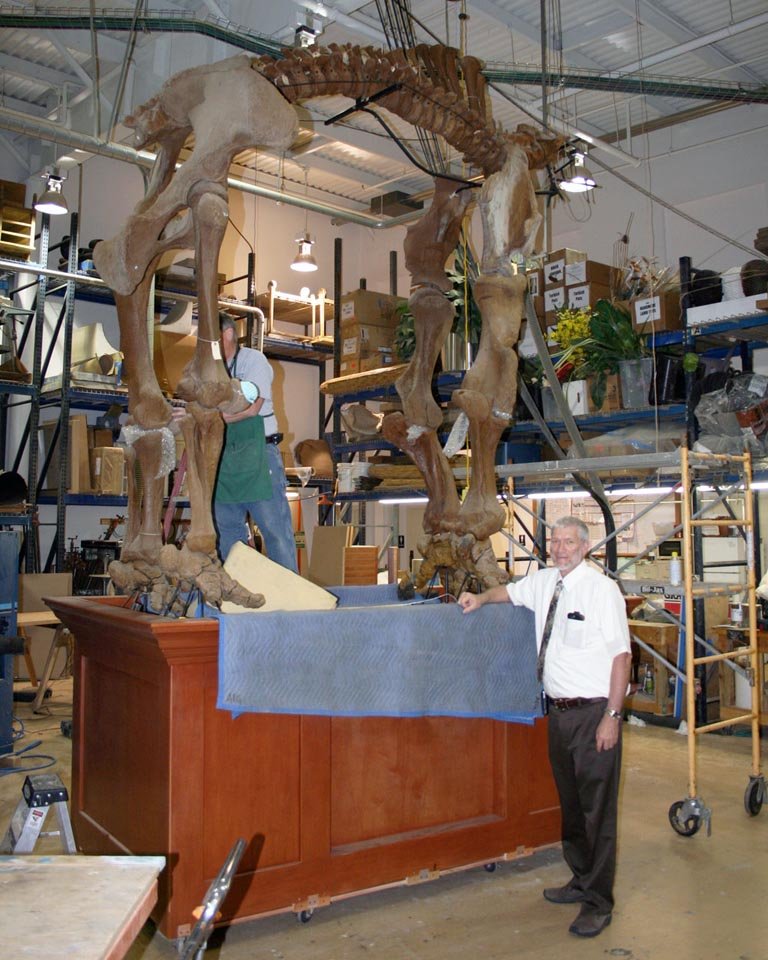 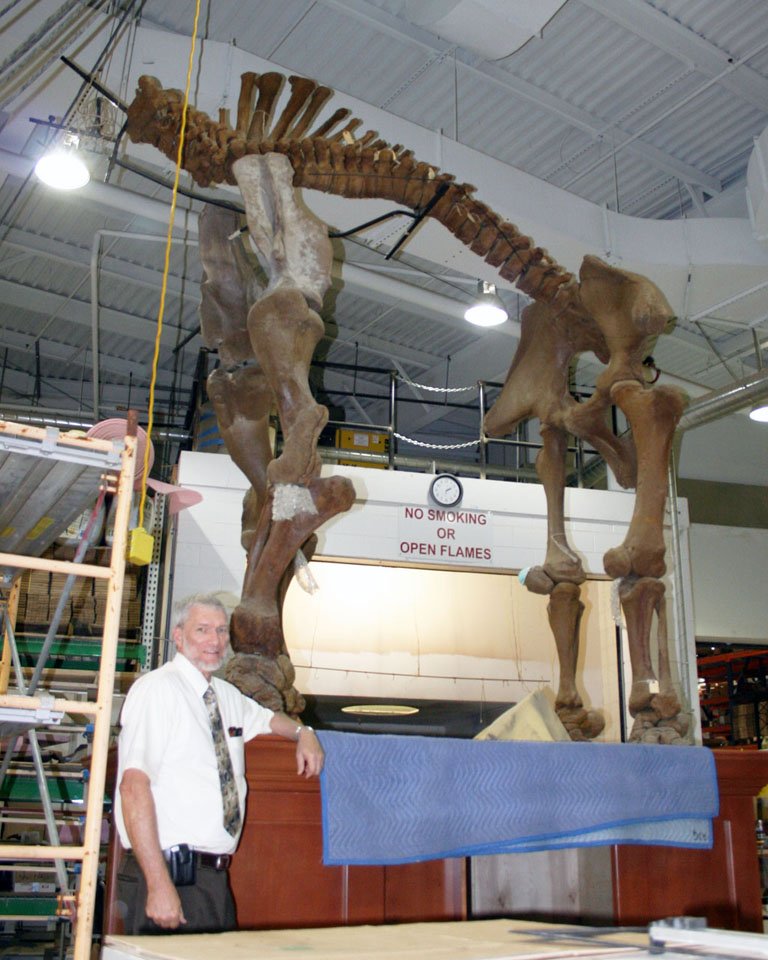 The Burning Tree Mastodon was discovered December 12, 1989, and is one of the most complete skeletons ever found. It was found at the Burning Tree Golf Course in Newark, Ohio. The owner of the golf course, Sherm Byers, was enlarging a lake on his property when the backhoe got caught on some large bones that turned out to be the mastodon. Buddy Davis lives close to Newark and was invited to go look at the mastodon bones before it was cast.

This mastodon turned out to be the third largest ever found. The skeleton was 95% complete with only the back leg, tail, and most of the toe bones missing. There were cut marks on some of the ribs that could indicate that the animal was butchered by humans. The stomach and intestinal contents that were preserved revealed eight species of live bacteria thought to be extinct. The preserved gut contents indicated a diet of water lilies, seeds, moss, swamp grass, and leaves. This changed the mind of some scientists who thought mastodons had a diet consisting of primarily twigs and cones from evergreen trees.

The Burning Tree Mastodon was believed to be a 30-year-old male and would have weighed approximately 10,000 pounds. Discover Magazine hailed the mastodon as one of the top science discoveries of 1990.

Joe Taylor from Texas, who is experienced in paleontology, was hired to mold and cast the bones. Joe made five casts from the original bones. The original skeleton was sold in 1993 for over $600,000 and now resides in Japan. Five casts were sold the first year for $50,000 each.

Sherm Byers was impressed with Buddy’s dinosaur sculptures and traded one of the castings for some of Buddy’s dinosaur models. The Burning Tree Mastodon was donated to Answers in Genesis by Buddy and his wife, Kay.

They Are in the Warehouse

It was a thrill today to receive thousands of copies of the two new books by Answers in Genesis, Already Gone and The Ultimate Proof of Creation, into AiG’s warehouse. The publisher is already getting ready to reprint Already Gone even though the first stocks only arrived today! You can read my previous blog items on Already Gone and The Ultimate Proof . . . and find out more about these books and how to order them from the AiG website. 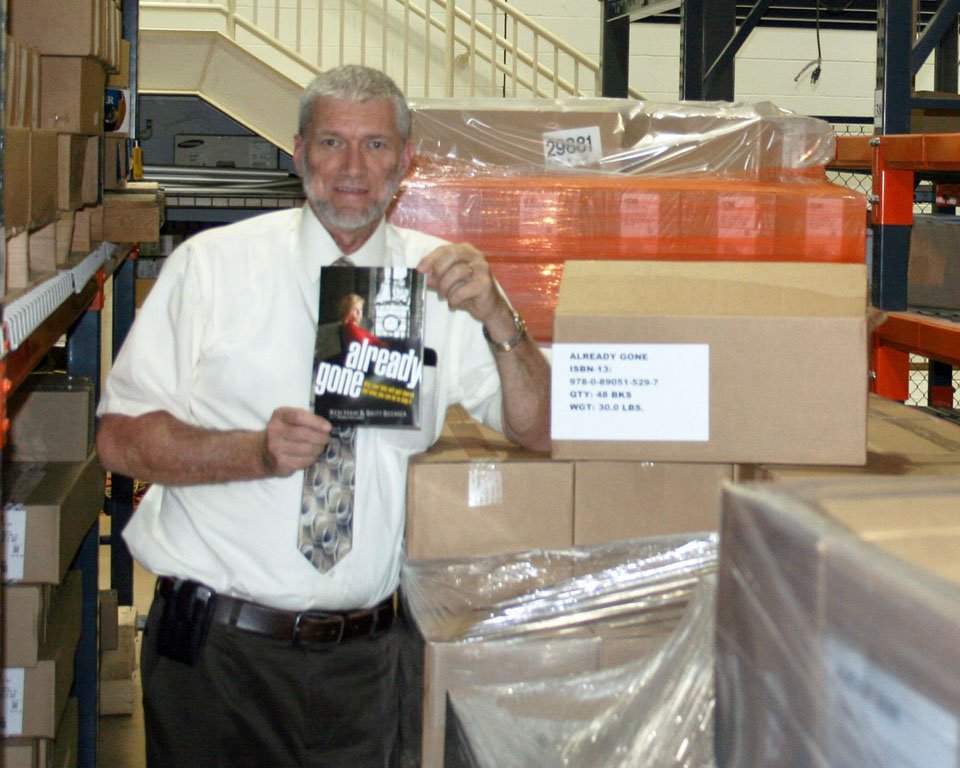 Only a few days left on earth to do the will of the Lord Jesus Christ and to daily ask Him if He was happy with what we did between the two bookends of waking and sleeping. Thanks for stopping by and thanks for praying,