Dogs and Cars at the Museum

This week NAPWDA, the North American Police Work Dog Association, was here at the Creation Museum, using our 47-acre property for dog training. About 20 K-9 units from throughout the U.S. trained on our land. Museum guests were more than welcome to watch the different training sessions (e.g., for cadaver and bomb detection), but to be aware that these were working dogs and should not be approached while in training. The dogs were also out on an obstacle course that was set up. 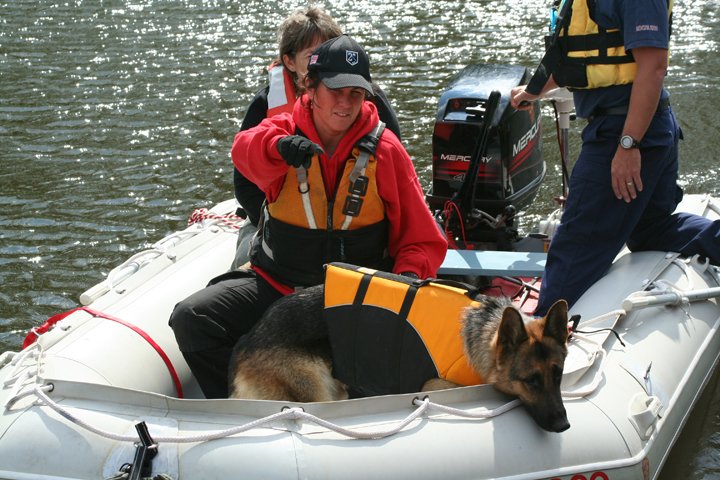 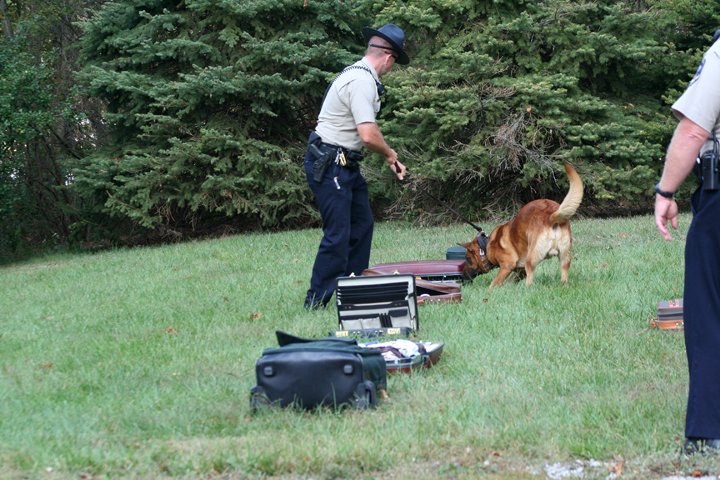 Another unusual sight at the museum recently was the appearance of Model A cars last weekend. Model A buffs were driving by the museum on Saturday afternoon, and they saw our museum sign and decided to stop in. They parked their cars and spent the afternoon walking around the gardens. One driver came in to ask if we rented out the grounds to outside groups, as they were considering the museum and grounds for an upcoming event. 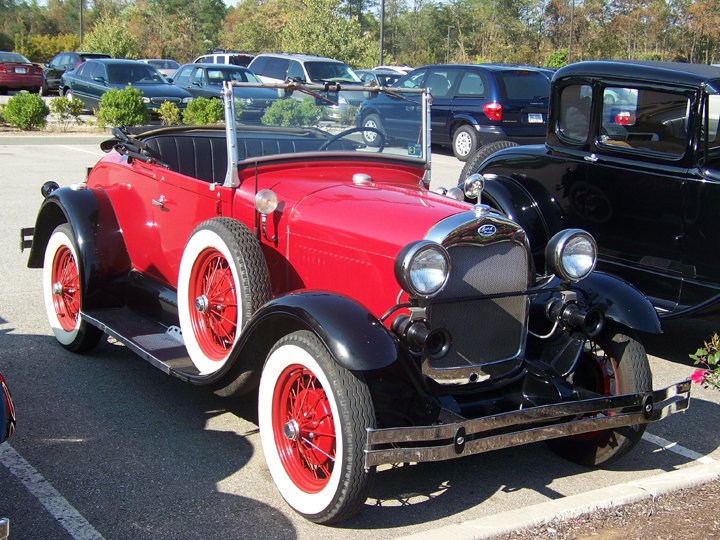 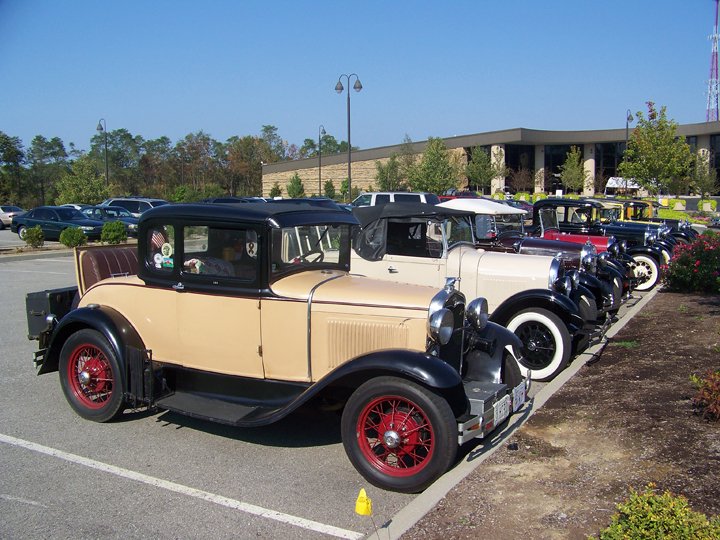 You just never know what and who will show up at the Creation Museum!

And Even More Cars to Write About

I’m sorry I missed John Roberts as he spoke to our staff yesterday during our Thursday chapel. He’s the director of Kentucky Raceway Ministries, and he also doubles as the chaplain for the Kentucky Speedway– a huge racetrack about 45 minutes south of AiG (where John has graciously hosted me; I attended a race last year). Some races attract 70,000 people at the Speedway, and thus, there are so many people to minister to—including the day or two before a race when thousands of people show up and camp out/set up their RVS on the grounds in preparation for the race.

John oversees volunteers in “hospitality tents” and also arranges to have other volunteers placed in care centers. You see, when 70,000 people are at a race, all sorts of medical needs pop up—with opportunities to minister to people (and their concerned families) in those care centers.

AiG staff members Tom Miller and Gary Lay are volunteers at many of the races at the Speedway, plus at drag strips in Ohio. In the photo, I am flanked by Tom on the left and John Roberts on the right. This shot was taken at a NASCAR Nationwide Series race in 2007. 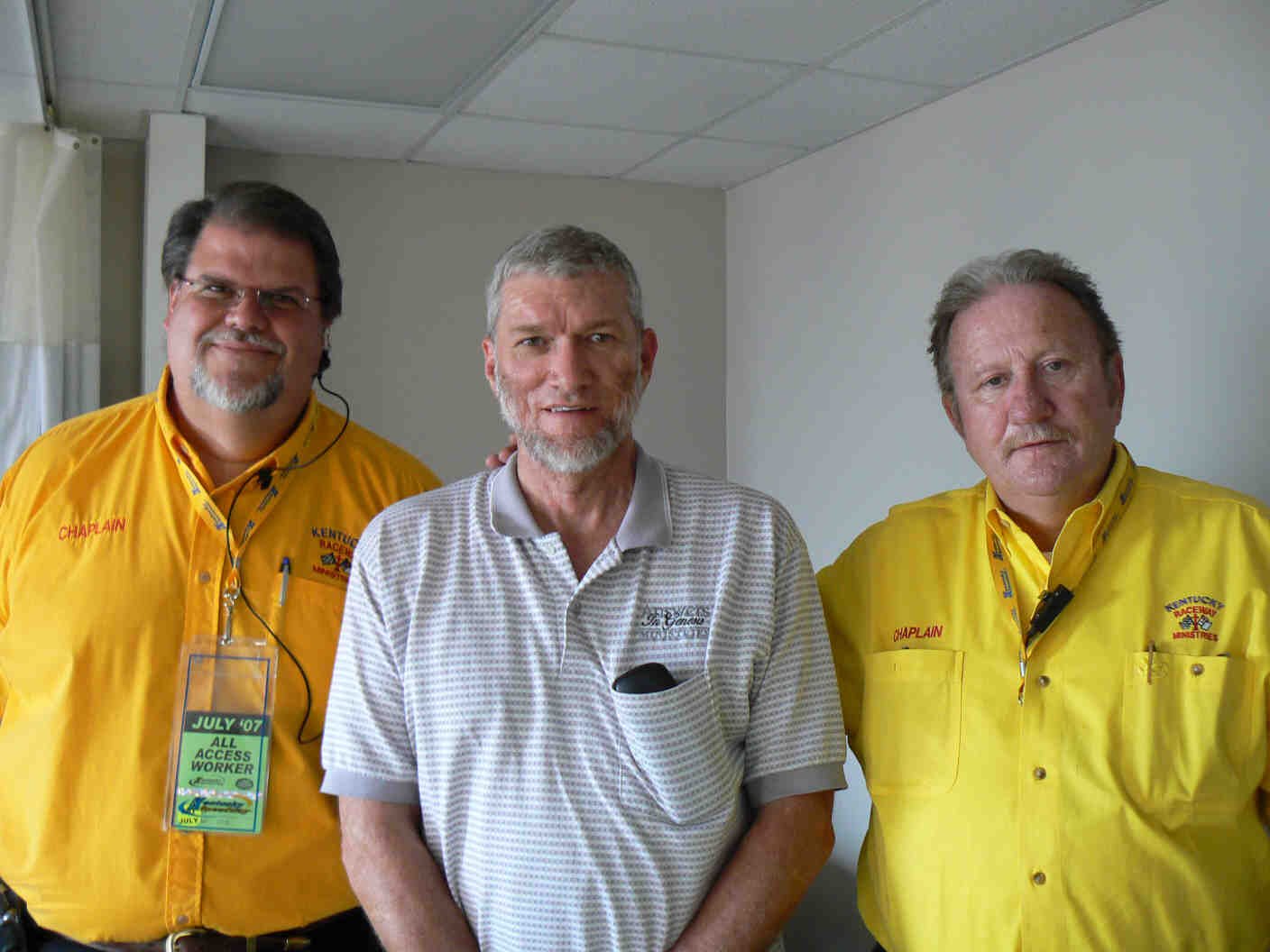 Find out more about this unique ministry at www.go2krm.com. And by the way, I have to admit: I’m beginning to enjoy auto racing!

Yesterday we had a reporter from the leading newspaper in the Netherlands, De Telegraaf, at the museum. His story will come out in about 10 days. Meanwhile in the reporter’s homeland, AiG speaker Dr. Terry Mortenson was in the middle of his speaking tour of Dutch cities. Here is the latest from Terry while “on the run”:

Much ministry, with people responding positively, much travel, very long days, short nights of sleep, getting talks finalized just before arriving at the location where I will give them. The rest of the week will be the same.

Please continue to pray that God would touch the hearts of my listeners. Holland, like the rest of Europe, is so pagan. The number of faithful believers is small, and there is much compromise in the theologically conservative churches regarding evolution and millions of years. I speak in a school today, where one of the professors (who is brilliant—he has 2–3 PhDs) is a FORMER young-earth creationist, but who has compromised. Those kinds of people are particularly damaging in the church. Pray that the students will seek and trust the truth of God’s Word more than the teachings of this mistaken professor.

Gotta get in the car. Your earnest prayers are much appreciated.

Some time later today I will be watching Religulous—the anti-religion, anti-Christian film from cranky comedian Bill Maher that appears nationwide in movie theaters today. Our museum gets a few minutes of (mocking) coverage, I understand—see a movie review at:

(1 Kings 8:58–59) That he may incline our hearts unto him, to walk in all his ways, and to keep his commandments, and his statutes, and his judgments, which he commanded our fathers. And let these my words, wherewith I have made supplication before the LORD, be nigh unto the LORD our God day and night.

Our hearts are naturally averse to the Lord Jesus Christ, and we need help; therefore, our night and day prayer is that God would incline our hearts to Him. Thanks for stopping by and thanks for praying,