We have been thrilled over the years to get to know well-known guitarist Ray Cummins and his wife. Ray has become a good friend and from time to time conducts a concert for the staff and Creation Museum guests.

Ray recently thrilled Museum guests as he played the guitar in the Main Hall.

I have included two photographs: 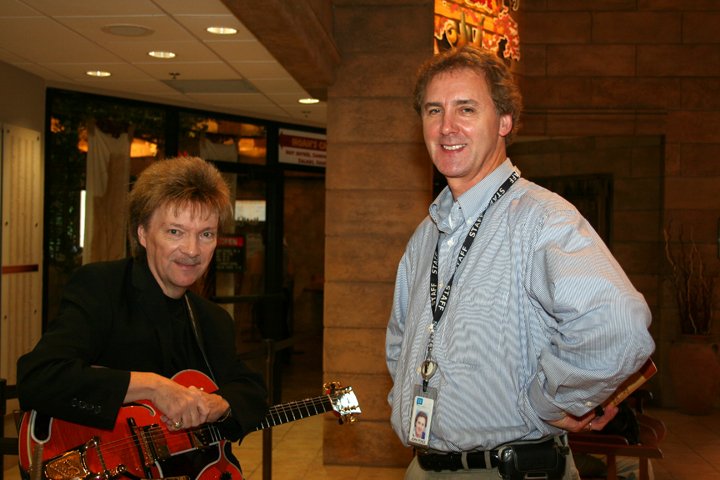 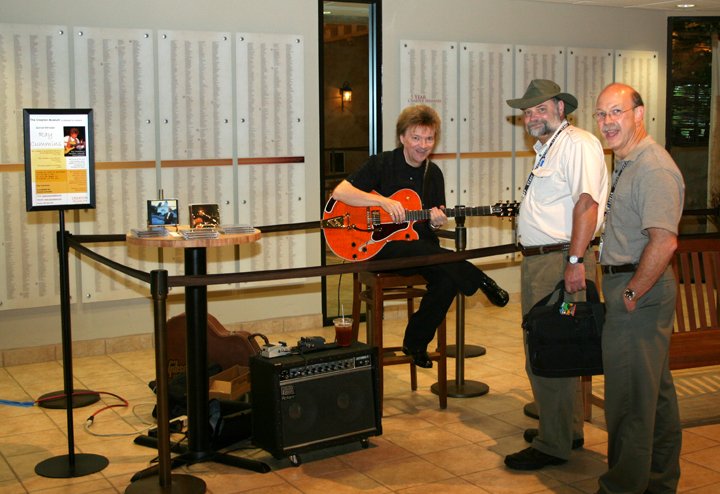 I have included a photograph of myself with Dr. Mac Brunson (pastor of First Baptist Church of Jacksonville) taken during my recent visit there. We praise the Lord for pastors like Dr. Brunson who understand the vital importance of the messages AiG brings and invite us to speak to their congregation. 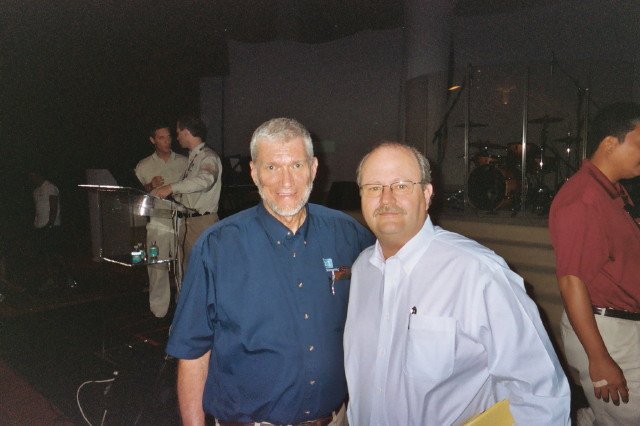 Ron Beshear (“retired” local businessman and AiG supporter) again spoke to the AiG staff as part of his contribution to helping train us all to be better servants as we carry out our respective duties at the ministry. I have included a photograph of Ron speaking to the staff. 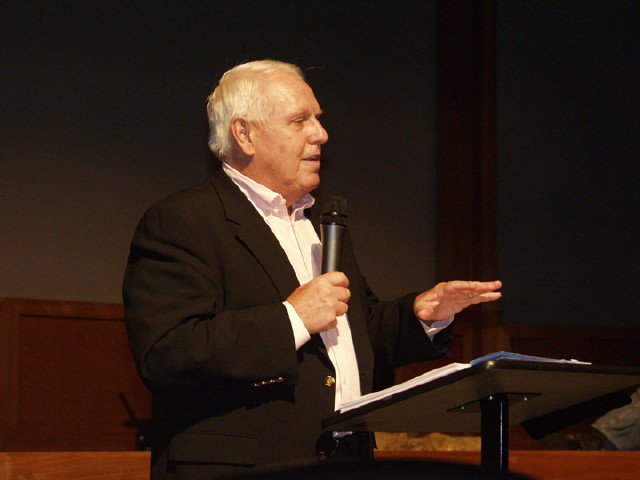 Almost every week, various staff (including myself) usually are interviewed on secular and Christian radio (as I was two days this week) or interviewed by TV crews visiting our office. This week we were approached by a major Australian TV program about featuring the Creation Museum on their network. I also did an interview with an Associated Press reporter this week.

Bound in the bundle

(1 Samuel 25:29)  Yet a man is risen to pursue thee, and to seek thy soul: but the soul of my lord shall be bound in the bundle of life with the LORD thy God; and the souls of thine enemies, them shall he sling out, as out of the middle of a sling.

(1 John 1:2)  (For the life was manifested, and we have seen it, and bear witness, and shew unto you that eternal life, which was with the Father, and was manifested unto us;)

The Lord Jesus Christ is that bundle of eternal life and our souls are bound in Him, and those who would seek our eternal death He slings out as refuse is slung. Thanks for stopping by and thanks for praying,