One of the world’s most-recognizable entertainers visited the Creation Museum on Tuesday and Wednesday. With his trademark hair, Bello Nock the circus clown is known around the globe because of his world tours–and that hair, of course.

Bello joined Ringling Bros. and Barnum & Bailey Circus in 2001, and this year the Ringling Circus has taken on a theme after his name: “Bellobration.” More than a clown, he is an incredible daredevil.

Bello tells us that he travels 48–49 weeks a year, but because he is a headliner, he is provided with a huge RV, and thus, his wife Jenny and their three home-schooled children can accompany him. When they were driving in our Cincinnati area, they saw our Creation Museum billboard on I-75 and realized they weren’t too far from us. When here, Jenny told me that she recently picked up a copy of our New Answers Book at–of all places—a grocery store (on a book rack).

Bello appears in more than 500 Ringling shows in 11 months, with three shows on a typical Saturday. And what about his seriously spiked hair? Each day he uses a few jars of hair gel, plus hair wax and hair spray!

Bello has invited me to the circus this weekend at Cincinnati’s US Bank Arena, and we’re going. The newspaper clippings are from Tuesday’s Cincinnati Enquirer, which highlighted his multiple shows in our area. The photo of his family shows how Bello looks with “his hair down.” 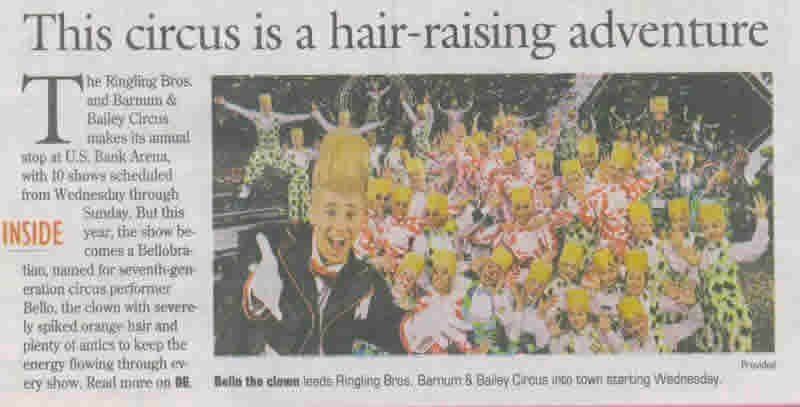 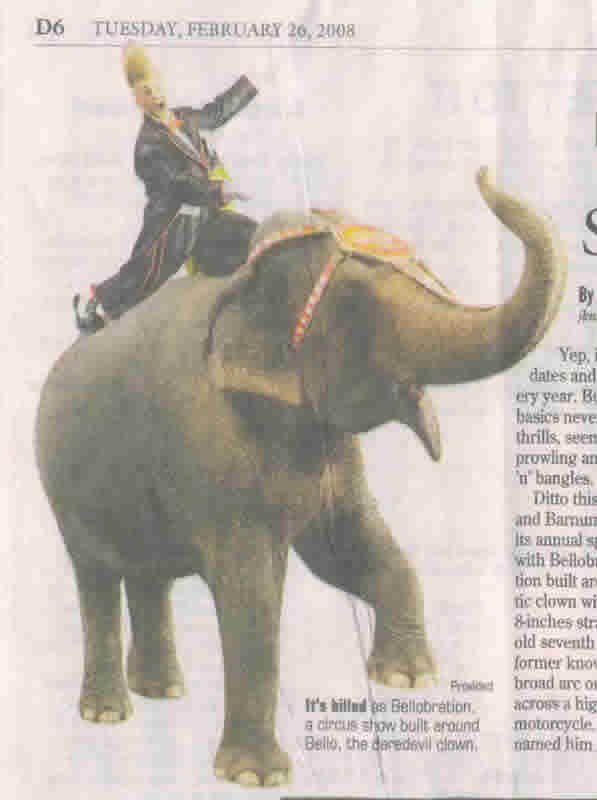 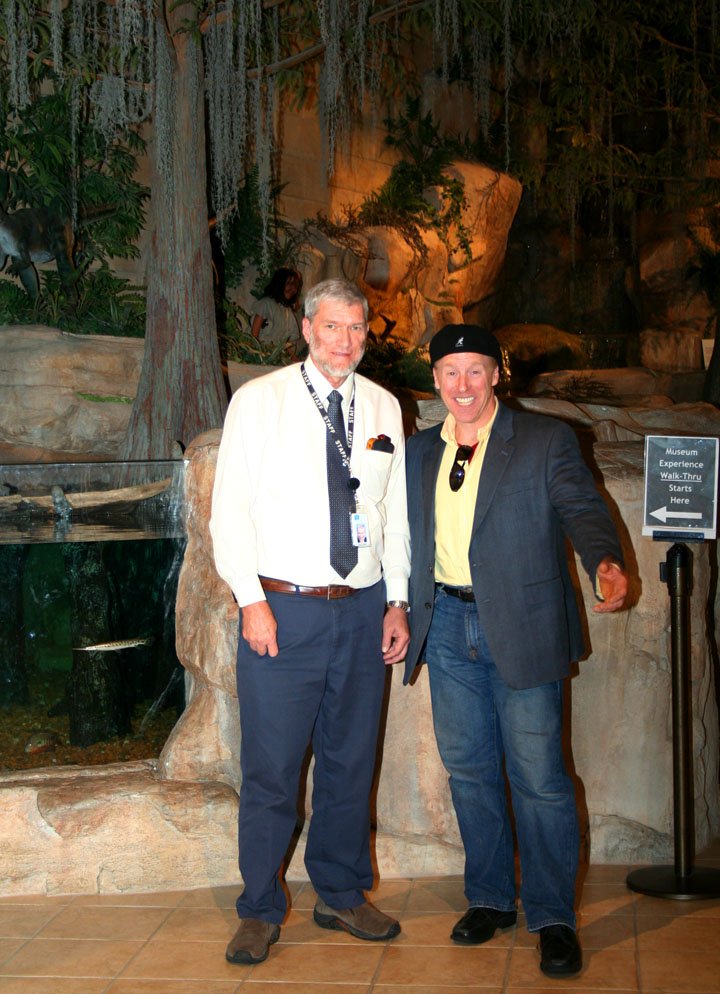 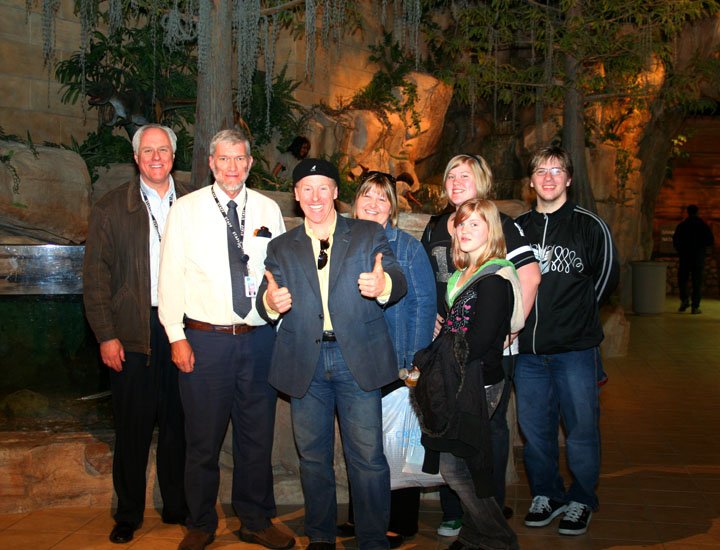 Bello says that he has visited some of the best planetariums in the world, and ours is the best. After spending a few hours at AiG on Tuesday, they decided to return on Wednesday to see it all.

Just a reminder to pray for all the speakers and support staff as they travel. Here is a report from Dr. Terry Mortenson on his recent travel woes:

Well, this trip was a little unusual. It started with my Friday morning flight from Cincinnati being canceled due to a snow and ice storm Thursday night in our area. My rescheduled flight Friday evening boarded on time, but took off over an hour later. So, I missed my connecting flight in Minneapolis (Mpls). Northwest put me up in a hotel, which I got to about 11:00 PM—but without my suitcase. I finally got to Hibbing the next afternoon in time to travel 80 minutes to Cook, take a half-hour nap, iron my clothes for the evening lecture, drive 30 minutes to Orr, and finish setting up the book tables and training the volunteers as I set up my projector and fixed the cash register while people were wanting to buy things. I then gave my two talks and answered questions for another half hour. We finished there about 10 PM and got back to McDonalds in Cook before they closed (the only place in Cook to get any supper at that time of night).

SPEAKER DAYS AT THE CREATION MUSEUM

Come to the Creation Museum to enjoy a special speaker along with your museum visit! All speaker sessions are free with a general admission ticket or a museum membership. As always, you can check out a full list of speakers at our website, www.CreationMuseum.org

For two days, a Christian film crew from Hong Kong (six people) spent several hours filming at the Creation Museum. They also interviewed a few staff and taped part of a lecture by Bodie Hodge on the Flood of Noah. In the photo here, I was asked questions about dinosaurs and the Bible inside our stunning two-story “Dinosaur Den” exhibit.

All obedience to the Lord Jesus Christ spawns from knowing who He is–our Creator, Savior, and Judge. Thanks for stopping by and thanks for praying.