On Tuesday in the Special Effects Theatre of the Creation Museum, a few specially invited guests and some AiG staff were privileged to be given a preview of the movie Expelled: No Intelligence Allowed, which will be released in movie theaters across the country on April 18. 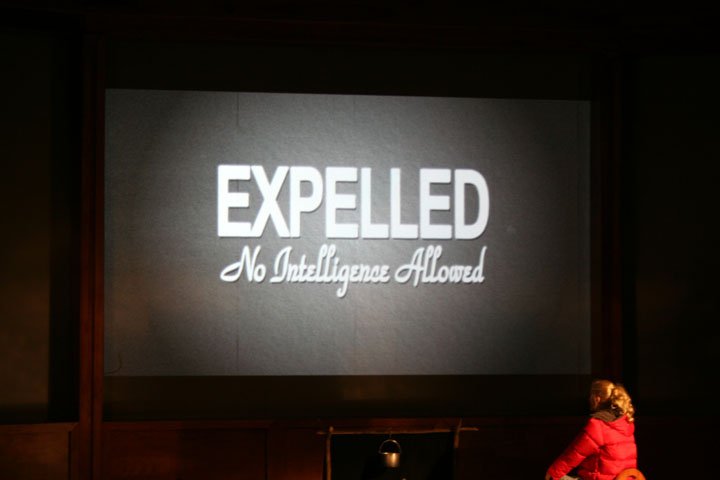 After seeing the movie, I urge all people NOT to miss it. It is eye-opening, astonishing, exposing, fascinating, entertaining, and intriguing! Ben Stein (presidential speechwriter, commentator, and comedian—and starring as the boring economics teacher in the movie Ferris Bueller’s Day Off) does a masterful job of exposing the overwhelming bias against belief in any intelligent design behind the origin of life on earth, something that is so rife through the scientific academic community.

By likening what is happening in the secular scientific world in America to the construction of the Berlin Wall—a theme carried throughout the documentary with theme-appropriate comedy excerpts from old movies, together with very revealing interviews with leading scientists and other academics—this movie makes for the most powerful presentation of the anti-intelligent design bias in the secular world you will ever experience.

You will be shocked by what you see and hear because you will begin to experience the hypocrisy in the scientific world concerning so-called academic freedom. The interviews with God-hating atheist Richard Dawkins (from Oxford University) will stun you. At the end of the movie, Richard Dawkins, considered the world’s leading evolutionary spokesperson, makes one of the most amazing statements I have ever heard him utter—admitting, without realizing or understanding what he himself said, and totally contradicting the other statements he made, that there has to be an intelligence behind life on earth—something he rejects! You have got to see this clip in April to believe it!

This movie is a must! Christians, drag your non-Christian friends along—they will never be the same again. Challenge school board members in your local community to see this movie/documentary—pay for their tickets, but get them there!

I am sure the secular community, in accord with their bias against academic freedom, will do all they can to discredit this movie and try to stop people from seeing it. After all, many in the secular scientific community don’t want you to know the truth about what is really happening—they want this censored from the community.

Congratulations to Ben Stein and the producers (including Mark Mathis, who came to our Creation Museum to show us his film on Tuesday—see him in the photo) for having the courage to produce such a needed perspective on the secular scientific community and the erosion of freedoms in America. What they portray in this movie/documentary is what we at AiG have experienced over the years. I believe they have correctly represented what is really going on in the academic community. 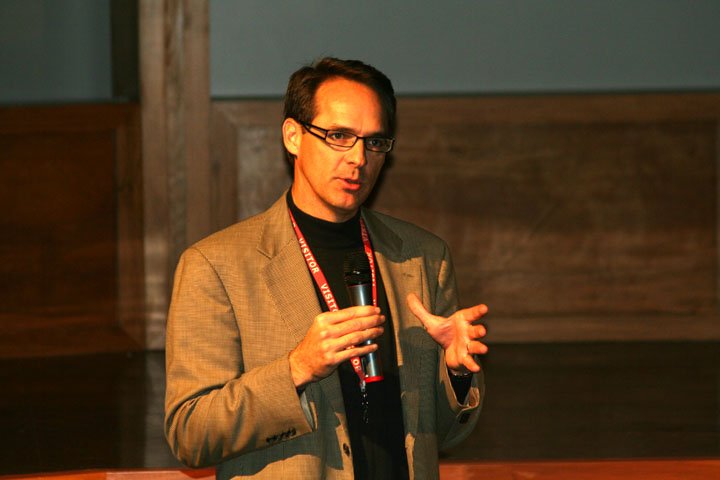 Before I saw the movie, I wondered how such a documentary could be put together in such a way that it would be acceptable entertainment, to be shown in movie theaters across the country. Well, the producers did it! The creativity with which this documentary was put together kept us on the edge of our seats, entertained us, and yet instructed and revealed a serious problem that threatens the fabric of freedom in the United States of America.

Start organizing groups in your community to attend. Call your local theaters and tell them you WANT this movie shown! The more this happens, the more people who see this, the more the secular scientific establishment with its monopoly on the education system from Kindergarten through college will be held to account!

The leadership of AiG and the Creation Museum decided to put their full weight of support behind this movie!

Now, the movie is not about biblical creation or defending the Christian faith—it is solely a movie to wake people up to the fact that the secular scientific community won’t even tolerate someone who questions evolutionary naturalism or even suggests the possibility of some sort of intelligence behind life. If any movie can begin to at least wake people up concerning this issue—this one can.

Of course, when people are awakened, I believe they will be interested in coming to the Creation Museum and finding out more information concerning the origins issue from a creationist perspective.

We at Answers in Genesis were entertained Tuesday morning with a musical concert by “Banjo Deb and Captain Tom” in our special effects theater (see photographs—one with Deb and Tom and one with their friend Dr. Dave Menton of our staff and me). Banjo player Debbie Schreyer-Owens and her husband, bass fiddle player Tom Owens, were guests at the home of Dr. Menton. Dave grew up in Mankato, Minnesota, with Debbie’s father Lowell Schreyer, a well-known professional banjo player and author of two books on the history of banjo performers in America. Lowell died in his sleep about a month ago and this concert was in his memory. Lowell was a devout Christian and a great fan of the Creation Museum, as is his wife Margaret, who accompanied her musical daughter and son-in-law for a visit to the museum and, of course, the concert.

Debbie grew up in a close Christian family with two brothers and a sister. As a young girl, she developed a strong interest in playing the banjo like her father and quickly became his most talented and dedicated student. She went on to become a fulltime professional banjo player and joined her father as a “headliner” duet at banjo conventions throughout the United States.

Like her father, Debbie played as a banjo entertainer on many of the big excursion riverboats that ply the great rivers of America. It was on one such cruise that she met her husband, riverboat captain Tom Owens. Tom said that he admired the attractive and talented young Debbie for six years before he worked up the courage to ask her for a date. She told him she had been waiting six years for him to ask her. Debbie and Tom live in St. Paul, Minnesota, where Tom has retired from piloting river boats to join Debbie as a singer and bass fiddle player.

In their concert Debbie and Tom sang and played early American music including ragtime and tunes by Steven Foster. At times it sounded like there simply had to be more than one banjo player on stage, but it was all Debbie and her marvelous strumming and picking technique. For their last “tune,” they played an amazing banjo transcription of the Hallelujah chorus from Handel’s Messiah (note for note from the original score!). We all look forward to another visit from this delightful couple. 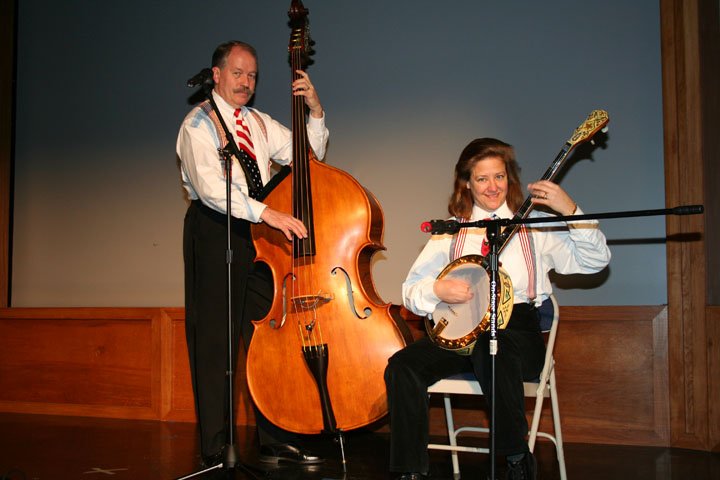 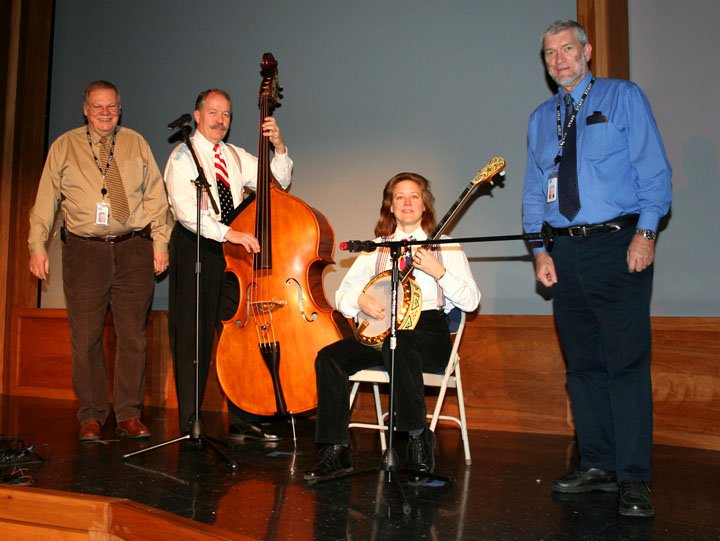 I’m sure most of you have never heard the Hallelujah Chorus played on a banjo! Well, we taped the performance, and you can listen to it from this blog. Well, as you can tell, life gets busy at AiG and the Creation Museum.