Friday evening was the premiere of the first of what is hoped to be many dinner and theatre evenings at the Creation Museum.

Staff member Geri Campbell is a very talented actress. She wrote and produced a drama based on the book of Hosea and the character of Gomer. As Geri said, in certain ways, Gomer reflects her own life's struggles. Geri's husband Rich also appears in this captivating drama. I have summarized the evening with a series of photographs: 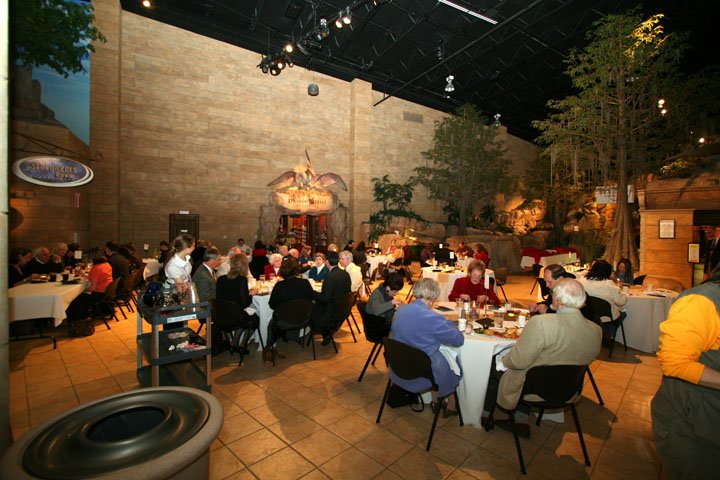 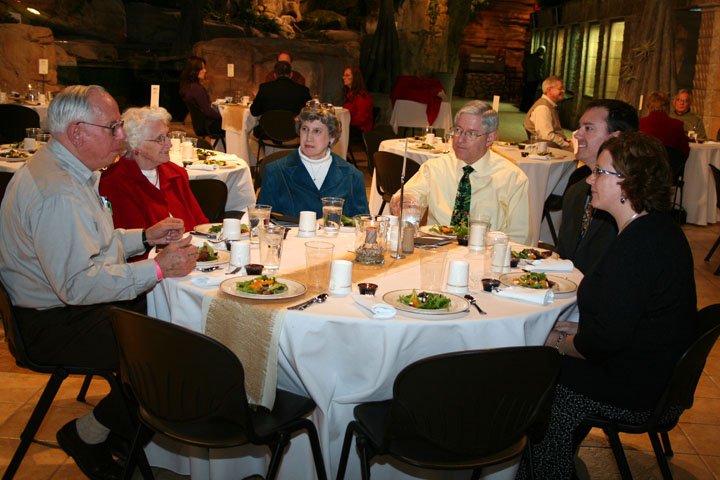 1. Last night was a sell out crowd. They first of all gathered for dinner 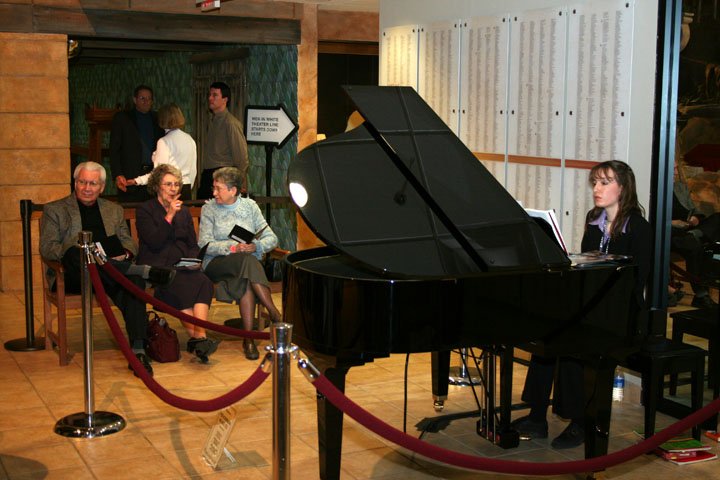 2. Guests listened to dinner music played by Jeni, another staff member who is actually a concert pianist (the Lord sure brings a lot of talented people to AiG). 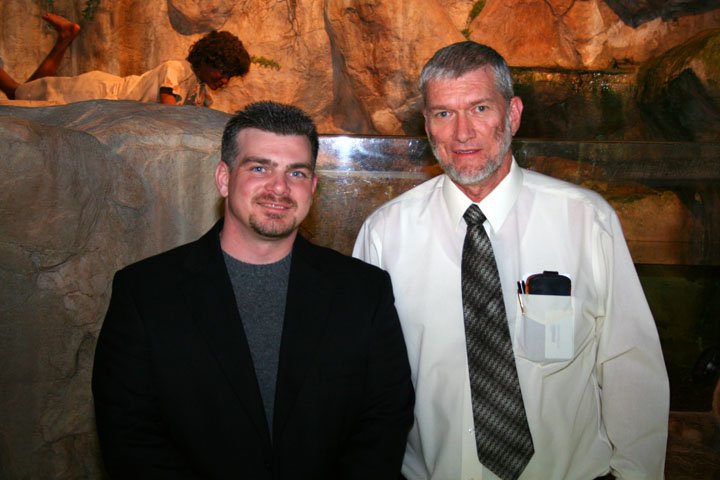 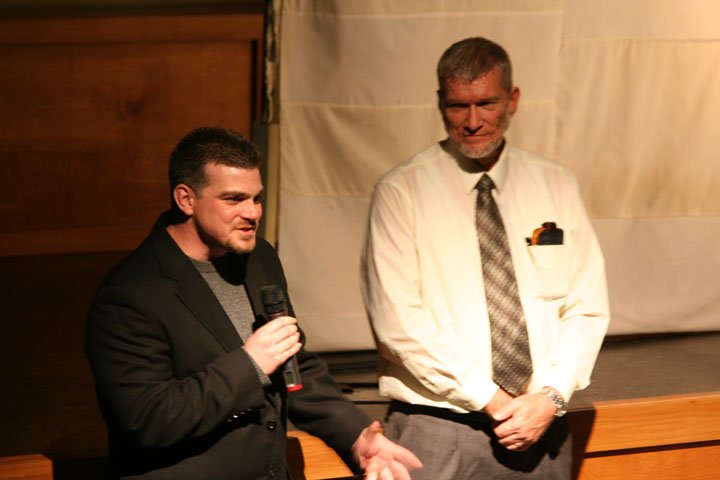 3. At the beginning of the evening, a young man called Jack Ruth made himself known to me. I had never met him, but had featured him in a blog a number of months ago. Jack is director of Prison Ministries for Pure Life Ministry. Jack gave testimony that through a lot of very sad events in his life, he ended up in a homeless shelter in Albany, New York. There they shared the gospel with him. He was shown one of my videos and given the book The Lie to read. He became an on-fire Christian. In many ways, his life also reflected the life of Gomer. So I asked Jack to give his testimony in front of the crowd last night. Many told me later how fitting this was and how touched they were by the testimony. 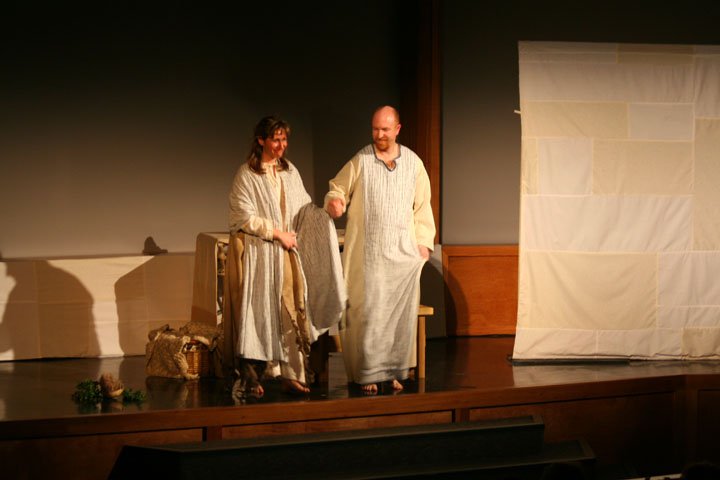 5. AiG's set designer, Kristen (another very talented young lady) designed the costumes and set. Geri was joined by her husband Rich at the end of the drama for the finale. 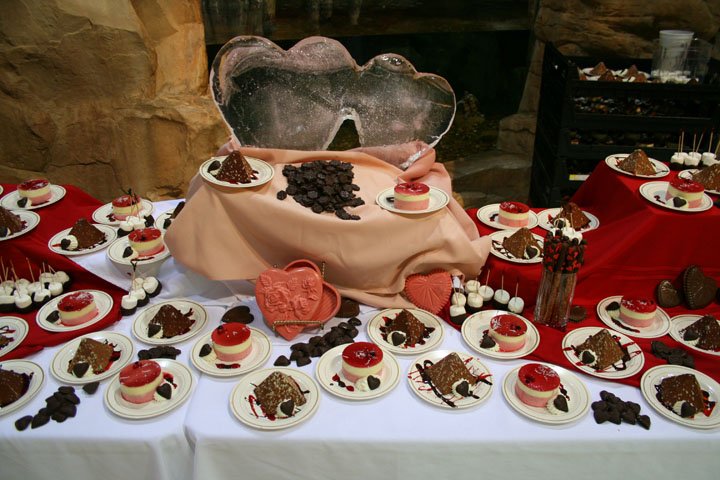 6. People were ecstatic afterwards. They were amazed at the talent, and blessed by the presentation that so reminded us all of God's infinite love for us. The audience had a time of great fellowship as they ate dessert provided by our very talented chefs from Noah's Café (more incredible talent the Lord has brought to us).

On the Friday before Memorial Day, as part of the 12-month celebration of the opening of the Creation Museum, Geri and Buddy Davis are presenting a light-hearted musical base on the time of Noah. Keep watch for tickets for this dinner and theatre evening--they will sell out fast. Geri has also written a drama based upon Eve--this should be forthcoming sometime this year.

Praise the Lord for all that He is doing through the AiG/Creation Museum ministry.

By the way--crowds are picking up again as expected now that the end of winter is in sight. Several hundred visited the Creation Museum yesterday--and today is expected to be another big Saturday--and large crowds are expected Monday, the Presidents’ Day holiday.

AiG TO BE IN EVANS GEORGIA

As a great lead up to the AiG Conference this coming week in Evans (near Augusta), Georgia (see AiG website for details), the Augusta Chronicle featured the Associated Press article on our new book, Darwin's Plantation--and mentioned that I will be coming to Georgia for this conference.

Thanks for stopping by and thanks for praying. Check out AiG's event calendar to find the nearest AiG conference/speaking event near you.