I just had to share this with you. A New England family decided to enter a float into the Fall Foliage Parade in North Adams, Massachusetts. The requirement was to show how “transportation has evolved throughout the years.” You will enjoy reading what happened when a family decided to build a Float representing Noah’s Ark. This is a great lesson also in publicly making a stand on God’s Word. Have a look at the photograph, and then read this fascinating account of what happened: 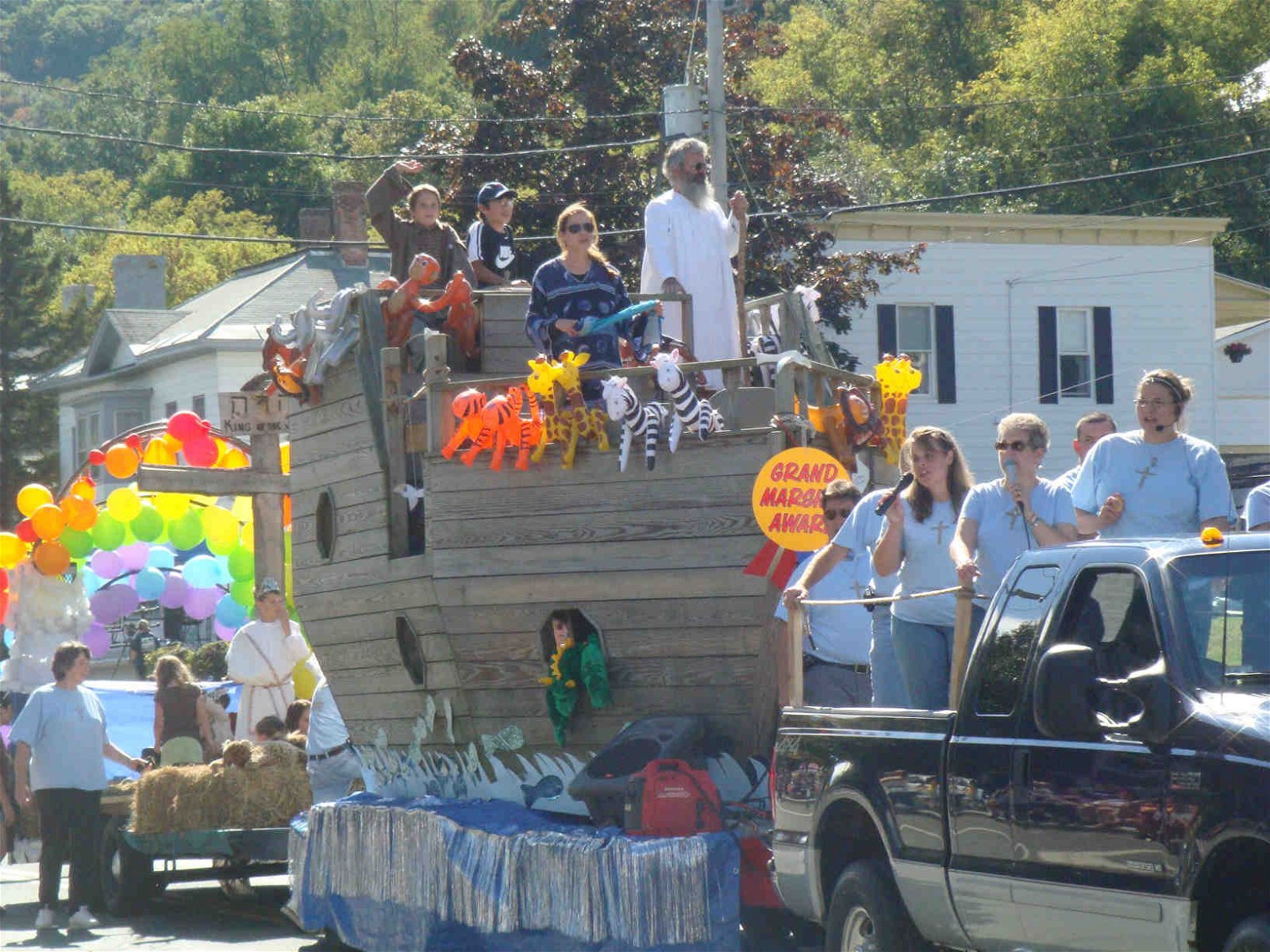 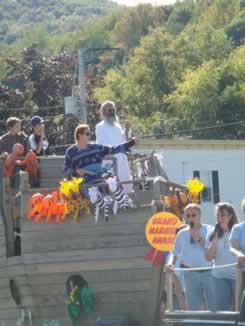 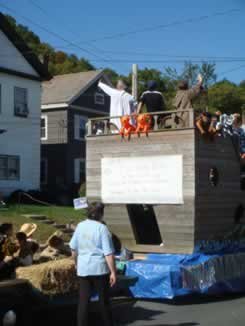 The theme of the North Adams, Massachusetts Fall Foliage Parade for this year (2007) was “Transportation: Then and Now.” Immediately the idea of doing Noah’s Ark came upon many of us. When receiving the entry form, it was seen that one of the requirements of entering a float was to have it show “how transportation has evolved throughout the years.” Now, being believing creationists, a cringe went through our spines. So, the Lord led in the design of the float. Just as He did in the design of the Ark of Noah’s day. The Ark would appear to be the means of transportation, but the actual transportation occurred when the animals came to the Ark. We would then look to see how animals travel today. And what do we see? The animals still travel today exactly how they traveled then! . . . When it came time to give a description of the float to the float committee of the parade, I began to write, I came to a moment when I knew that the description was not meeting the requirements. I stopped and asked the Lord in a silent and submissive prayer, “What would You have me write?”

The answer was soft and still, “Write the Truth and don’t hide a thing and don’t sugar coat the description.”

A cross with clouds and a rainbow, depicting the future mode of travel, which will occur in the twinkling of an eye.

We didn’t know we were actually accepted until the day before the parade. We were going anyway! I thought, “We will be in the parade, not for an award, but to glorify God and have a good day of fellowship with Him and to spread His joy upon those we meet.”

That is why we were going. Not for an award. For our reward is in heaven.

So, at 8:30am we headed on down to North Adams, Mass. from Stamford, Vermont. Two floats in tow. Reaching a top speed of 27 mph down Vt. Rt. 100 and Vt. Rt.8, then down Mass. Rt.2 to Mass. Rt. 8. We set up shop at the staging area for floats. We were second in the parking lot. We parked right next to the Space Shuttle. And it was impressive! We worked on the final touches and got the float ready for the 1:00 pm launch of the parade. About 11:30 some judges came by and asked if we were ready. Of course, we still had some finishing touches to do, plus the full praise and worship team had not yet arrived, but we were close.

About 12:10pm, I was standing next to Tammy; Tammy is with the leader of the inspiration team for the float, when another team member said, “Hey, we won something!”

She said, “We won something, an award.”

She said, “Yeah, we won the Grand Marshal Award.”

She said, “They are hanging a ribbon on the Ark, it says Grand Marshal Award.”

Then her husband carried it over and showed us. Tammy and I looked at each other, and we both felt like melting butter! I didn’t know what to say. The float was made out of whatever we could find in each other’s backyards: nothing fancy, just a bunch of stuff the Lord has blessed us all with. We just let the Lord move us to put a bunch of it together.

So, now it is about 12:40 and the parade directors come to us and said that it was time for this float to move to the front of all the floats gathered for the parade. Kids aboard, Noah and his Faithful and Trustworthy Wife, the three boys and their wives, the animals, dinosaur included, praise and worship team, and ahead we go—praising and singing and proclaiming the Truth of the LORD, past all the other floats and then on for the three-mile-long parade with thousands of people lining the streets. We sure did have a fun day with our Abba Father leading us through the streets allowing us to proclaim His Truth and to bless those who would receive, with His Joy!” The more AiG gets information out into the public, the more we’ll find people using innovative ways to broadcast the information to others.

Don’t forget to pray for the Saipan conference at the end of this week and for traveling mercies as we travel across the Pacific.

Previous Article Cincinnati Post on Vendetta Against Creation Museum? Next Article AiG Is in Saipan