I knew that headline would get your attention! Mally and I arrived back from the United Kingdom and our Scotland speaking tour. While in Scotland, we visited the famous Loch Ness, and I took a couple of photos of Mally at the Loch and in front of the “monster”! 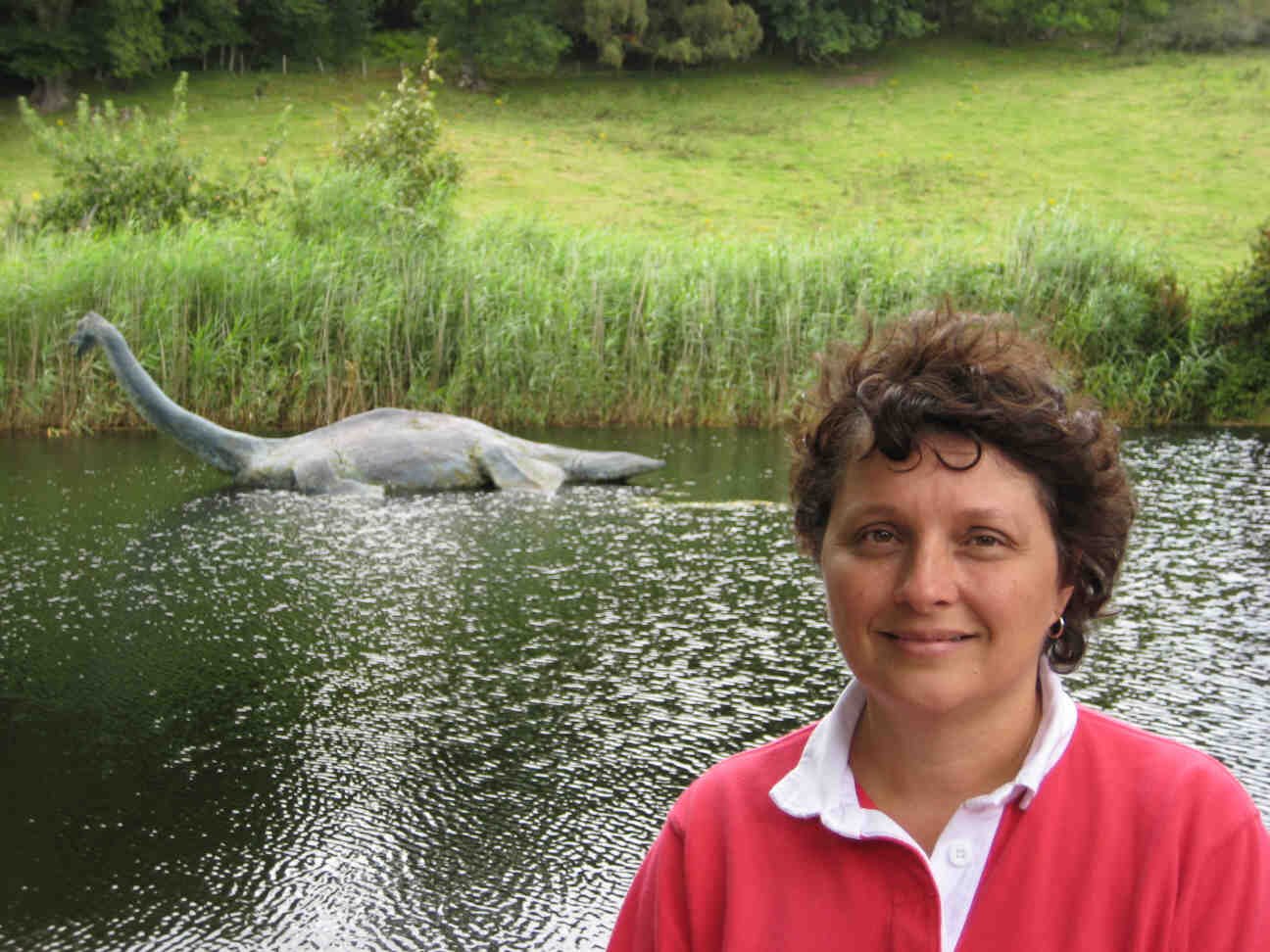 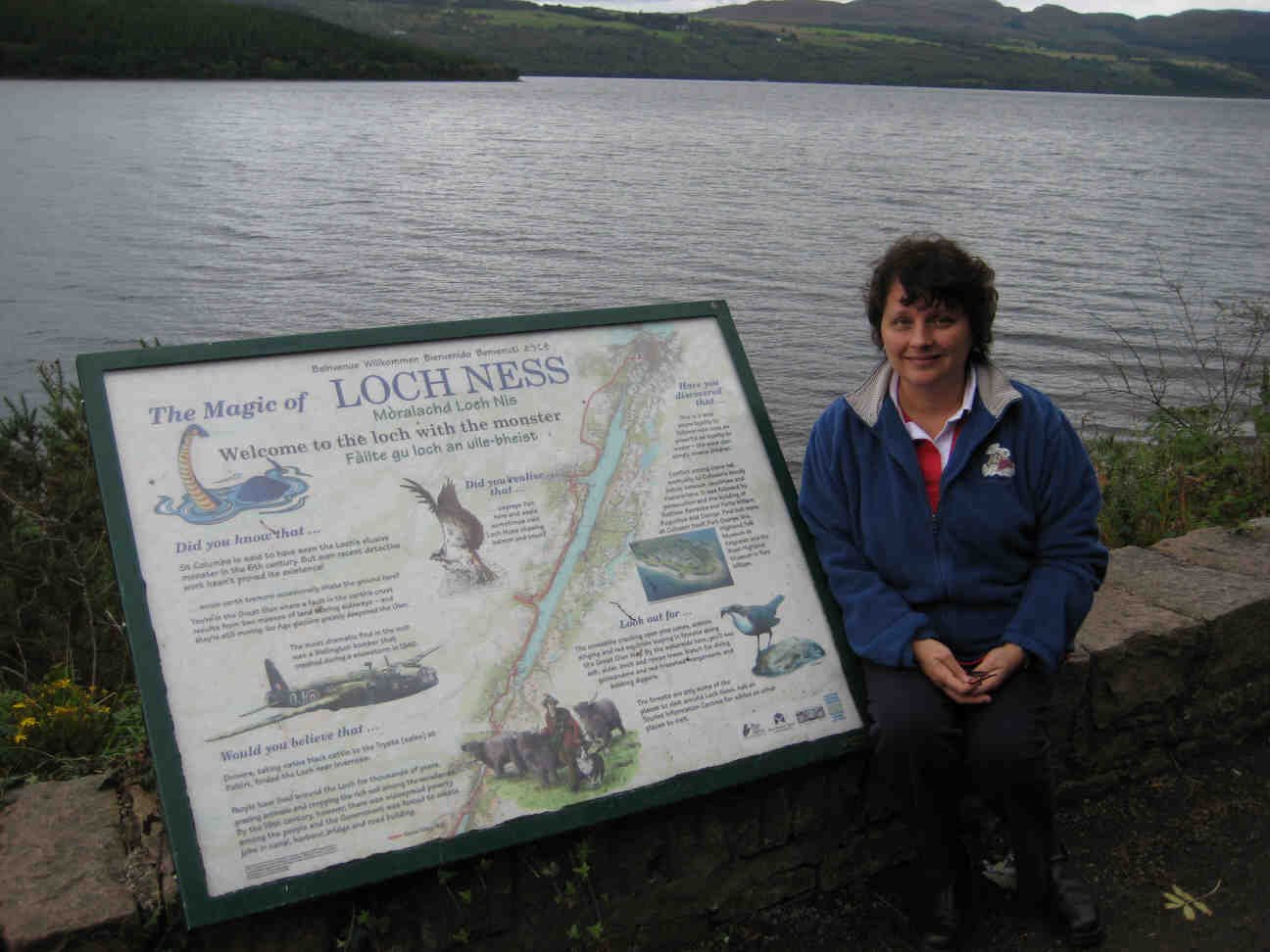 I have also included just a couple of photographs of audiences at the many locations I spoke at all across Scotland. Over the next few days, I will include various items of interest from this rather grueling tour. Many thanked me for changing their thinking—one man told me he was an ardent gap theorist, but the presentations totally changed his mind. I had many responses like this. 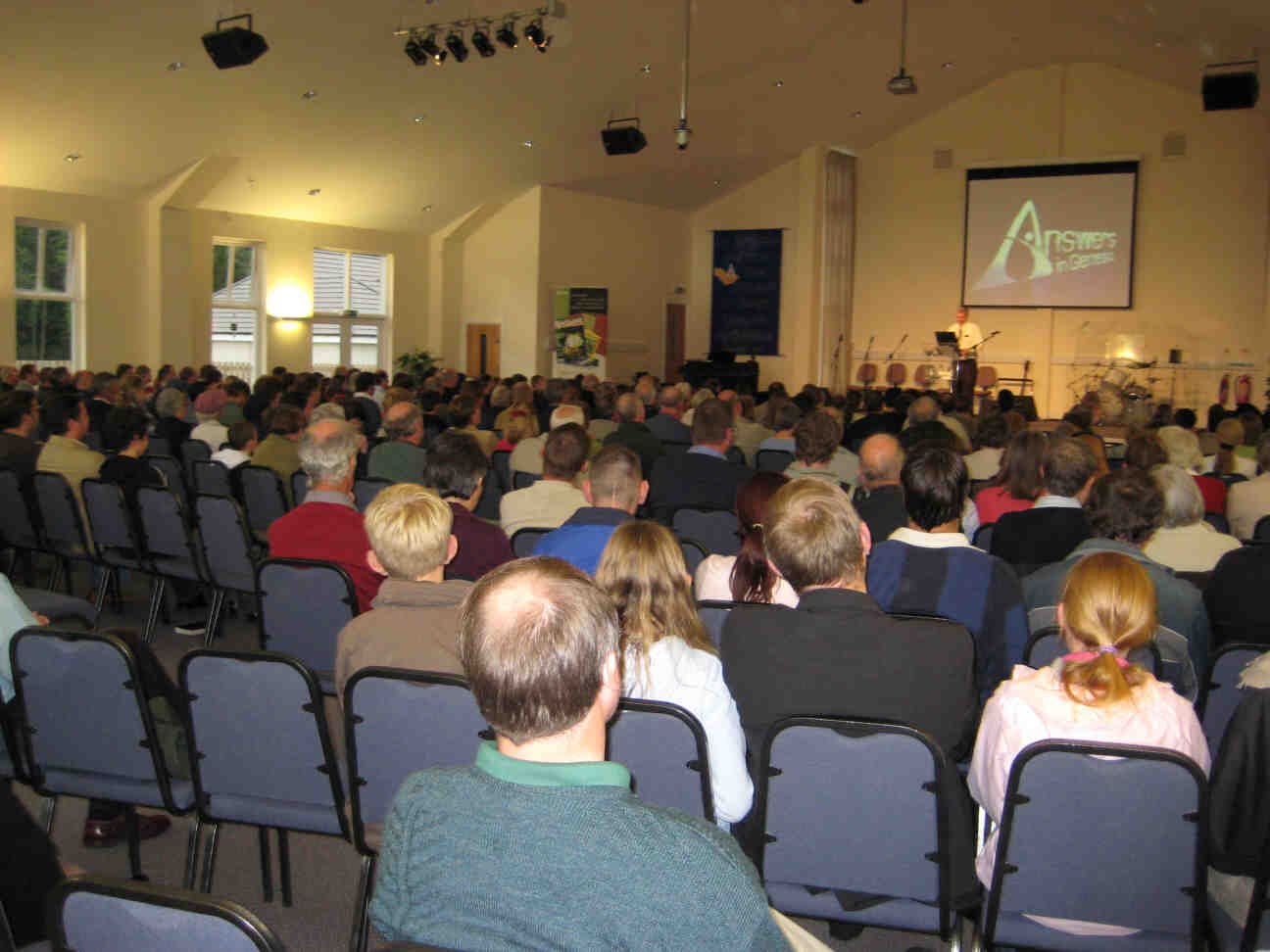 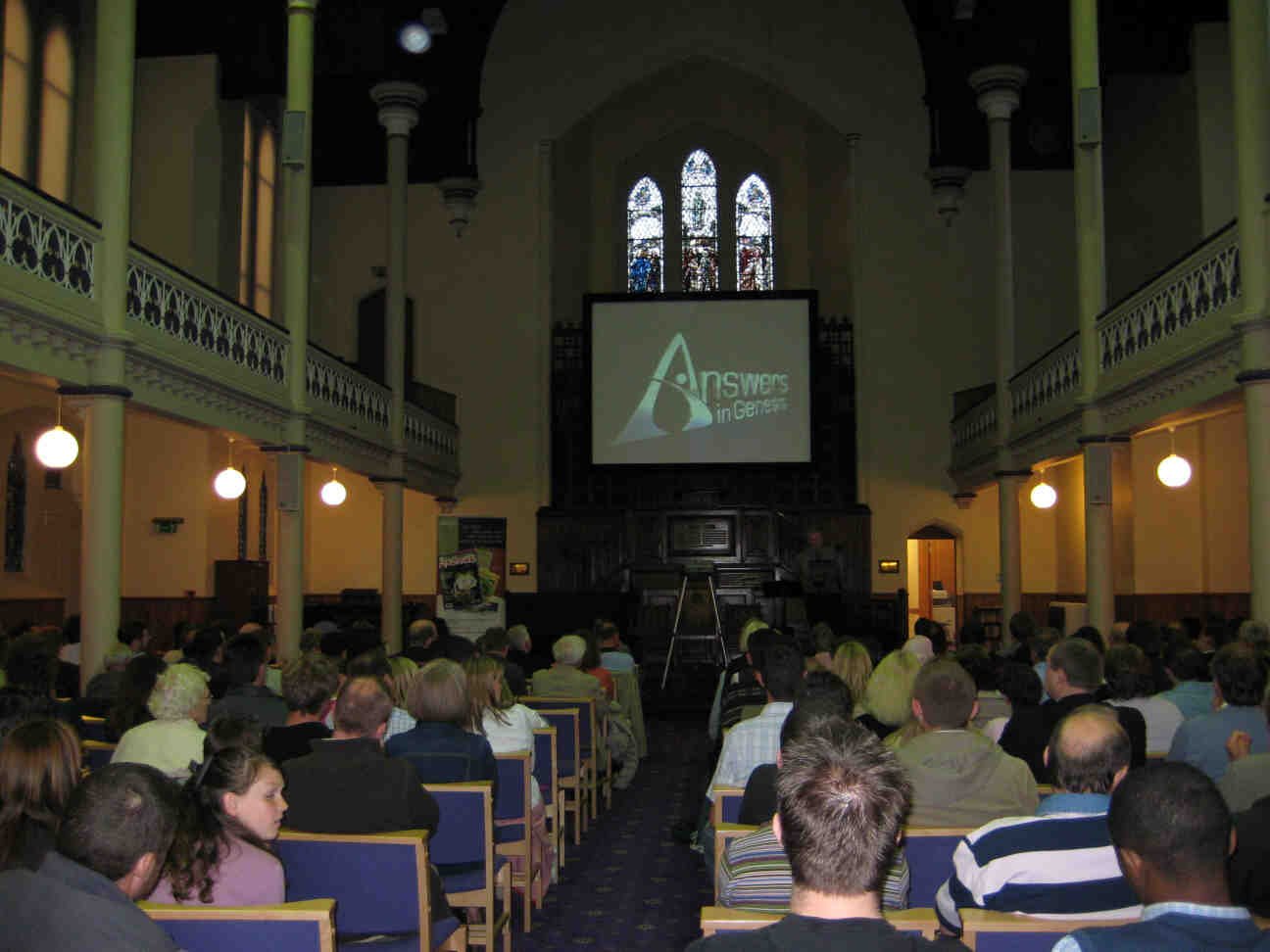 In the more rural areas, mainly older people attended the meetings—in the cities, there was a good percentage of young people at the meetings. But by and large, the church in the UK is in dire straits.

As often happens in the U.S., I had a large number of people give me testimonies of how previous ministry and the resources they obtained have had an exciting impact on people.

At the end of the last meeting of the tour in Glasgow, as a young man was leaving, he leaned over and said to me, “Just wanted you to know that as a result of your last tour, the Lord used that to bring me to salvation.” At Aberdeen, a man told me his family had used the Answers with Ken Ham DVD set, and it had been such a blessing to them and their children, that they invited two other families over to see the DVDs. Over time, as a result of this, he told me ALL members of both families were converted! He was very excited.

Who knows what other lives will be changed as a result of all the resources that were obtained during the tour. The need is SO great—the harvest is plentiful and the laborers are so few! Pray that the Lord will raise up more to be involved in the harvest.

“What a joy to have this group. They were super! The bus was full and there was a van that followed them, so we figured about 60 some people came. We showed them the buildings where Buddy sculptured the dinosaurs and then brought them down to the house. They got a tour of the log cabin, and then Buddy played a few songs for them on the front porch. I baked peanut butter cookies for the group. It was a lot of fun for Buddy and me. We are truly blessed to have a place where people want to come to and visit us. We have thanked God many times for our home.” 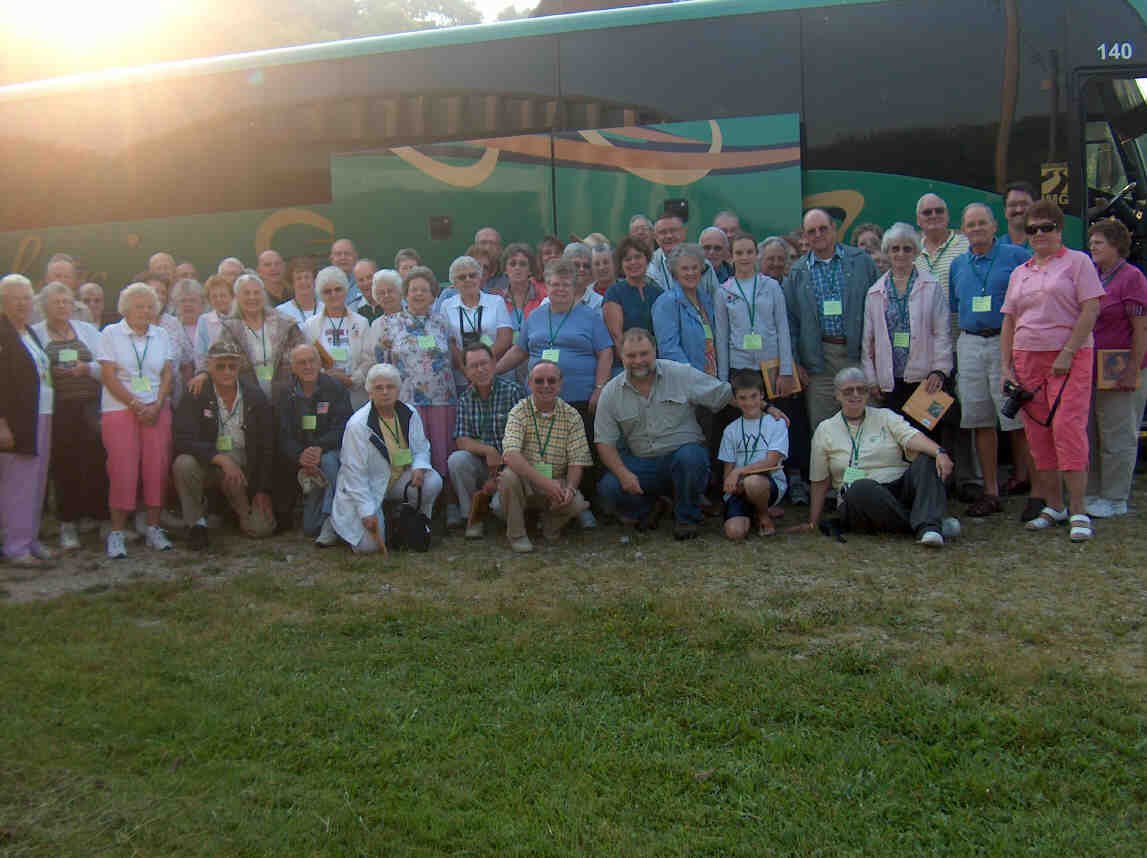