Mocking—but the truth is in there

The Independent, a major newspaper in England, has published another article on the Creation Museum. Even though this article is in a mocking tone and some of the information is not correct, compared to other newspaper articles in the British press, it does quote me and others with reasonable accuracy, and does actually give the message of the museum and thus the Bible. For instance:

“That Adam and Eve really did beget us and that before they sinned, all creatures were vegetarian, meaning dinosaurs were no more likely to eat them than butterflies. They were thinking also that man and dinosaurs lived at the same time. As you proceed on your walk, a few more surprises await. We are told how the world is no more than 6,000 years old and Noah’s Flood created all the world’s fossils as well as its topography as we know it (including the Grand Canyon, gouged by its ebbing waters). And yes, the Earth and the entire universe were indeed created in six momentous days.

“The Museum of Natural History in New York this is not. Welcome, rather, to the Creation Museum, a $27m facility that opened in May – to a veritable onslaught of enthusiastic visitors – on a 49-acre site in northeast Kentucky close to Cincinnati…Theirs is a seductively simple, if controversial, thesis – that to solve the eternal conundrum of where we come from we need look no further than the first book of the Old Testament. And their contention here is that there is nothing scientists can throw at us – in paleontology, geology or astronomy – that will disprove this. Indeed, the point of the museum is to demonstrate that the more we consider the clues to our origins found by scientists – and there are a dozen thoroughly respectable sounding ones on the museum’s own staff – the more they fit better with the Genesis version of creation than with Darwin’s.

“‘We all have the same facts,’ explains one video in the museum showing two men working side by side to unearth a dinosaur fossil in the desert. One is a Darwinist, the other a creationist. ‘We are merely interpreting the facts differently, because we are coming from different starting points.’ No kidding.

“The blurb on one exhibit bears the headline: ‘God’s Word versus Human Reason’. It’s the latter you shouldn’t trust. ‘The Bible is the word of God,’ explains Ken Ham, the museum’s principle founder. The promotion of creationism has been his life since giving up teaching in Australia and he says he has no fear that one day evolutionary scientists will come up with something to shatter his young Earth beliefs. ‘I can stand boldly and tell you that that will never happen. They will never find something that will scientifically disprove what is the clear teaching in the Bible.’ Such conviction must be comforting.

“Many of us will find the postulations of the museum and of Ham far too fantastic to take seriously. Nor would we be alone. About 50 protesters gathered outside its gates on opening day in May holding signs aloft excoriating Ham. He says the Ark was lifted by the flood a mere 4,500 years ago or thereabouts and dinosaurs were among the cargo…” You can read the entire article at:

The Scopes Trial is misrepresented, and there are wrong statements such as the Flood formed all of the fossils—but for British journalism (which is some of the worst we’ve ever experienced), it could have been much worse.

PHOTOS OF THE WEEK

My photos of the week are of the visit by the wife of the Governor of Kentucky, Glenna Fletcher, their daughter Rachael and four grandchildren—Callie, Hannah, Joshua and Mason—to the Creation Museum this past week. 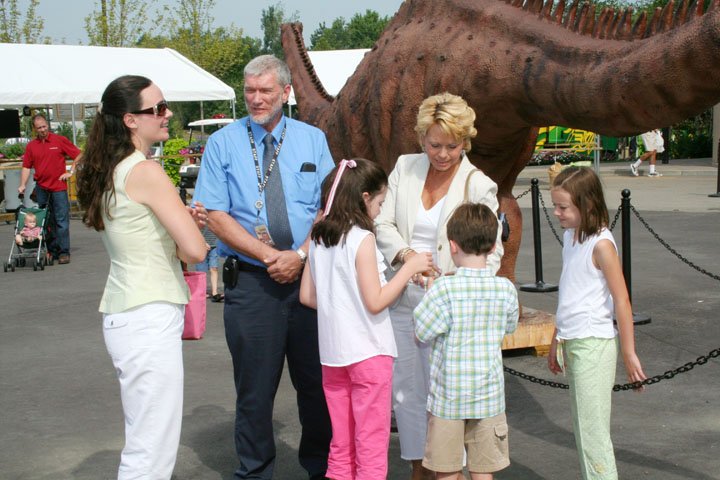 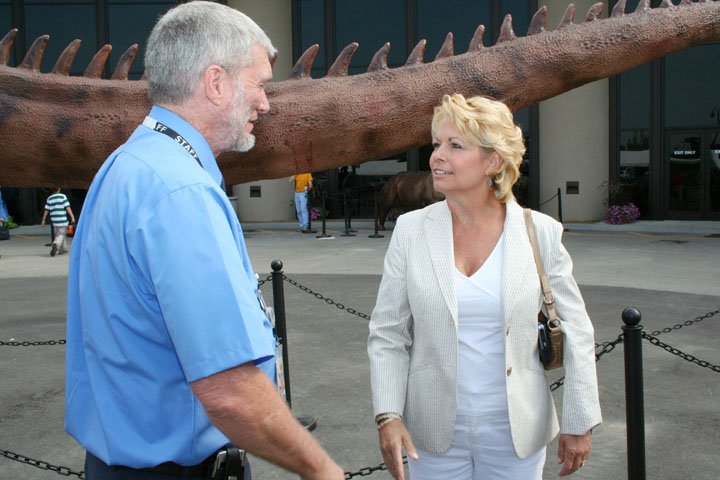 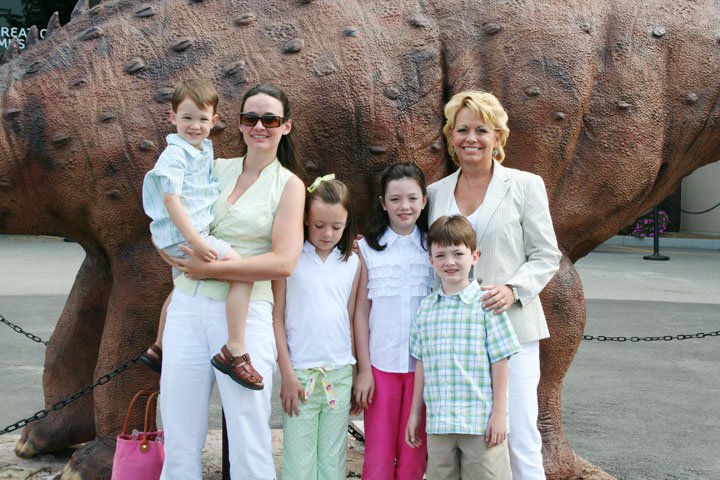 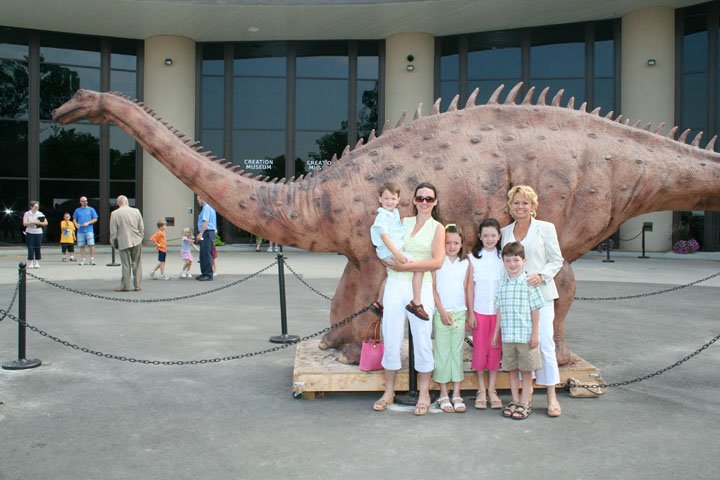