It was thrilling for Dave Menton, Buddy Davis, and me to be the speakers at the GARB (General Association Of Regular Baptists) conference in New York. On Friday, for the first presentations, the theatre (main floor and balcony) were filled. It was very hard to get a photograph inside the theatre as it was fairly dark (with no windows--it is an old movie theatre)--however, I have included two photographs I took Friday evening. 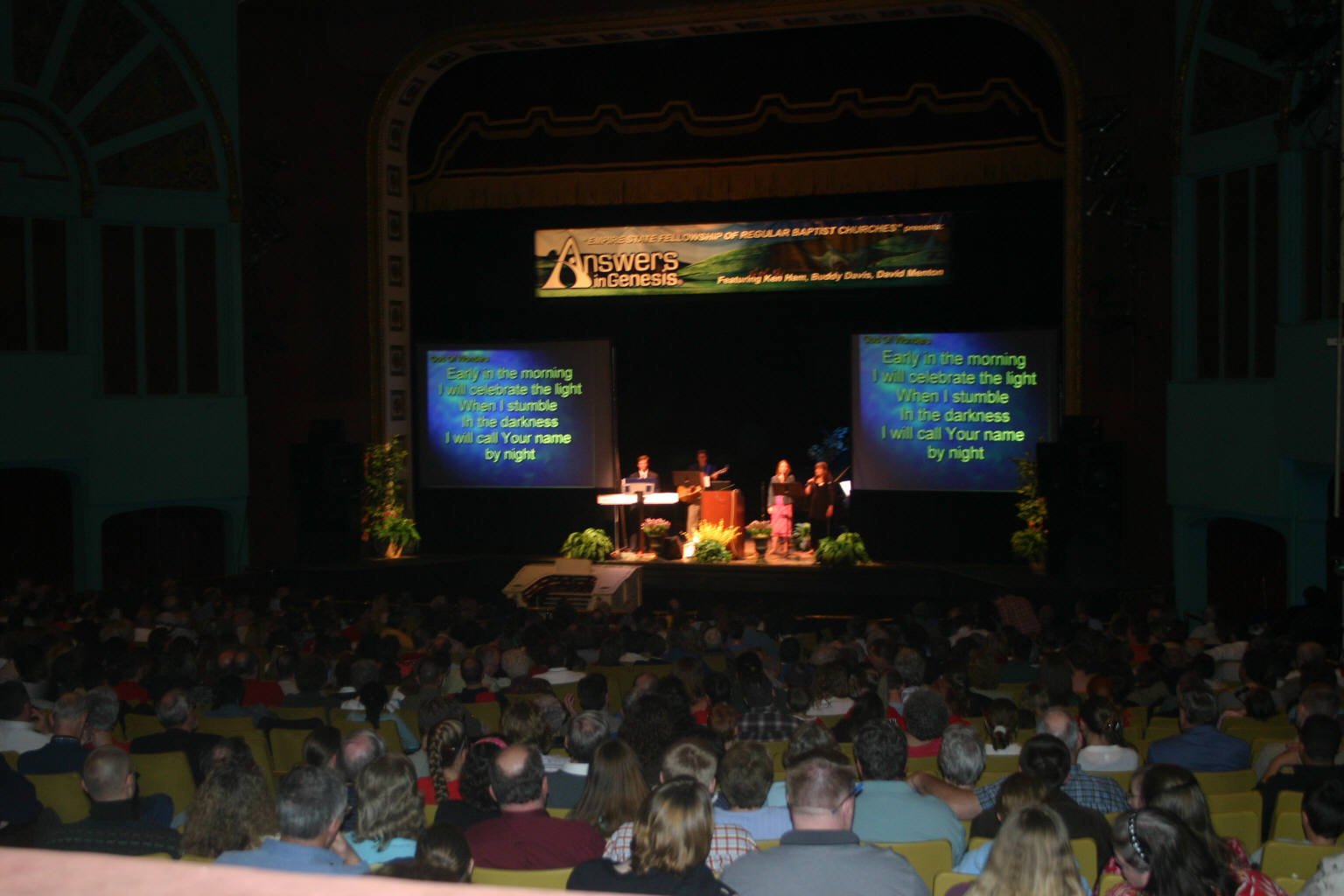 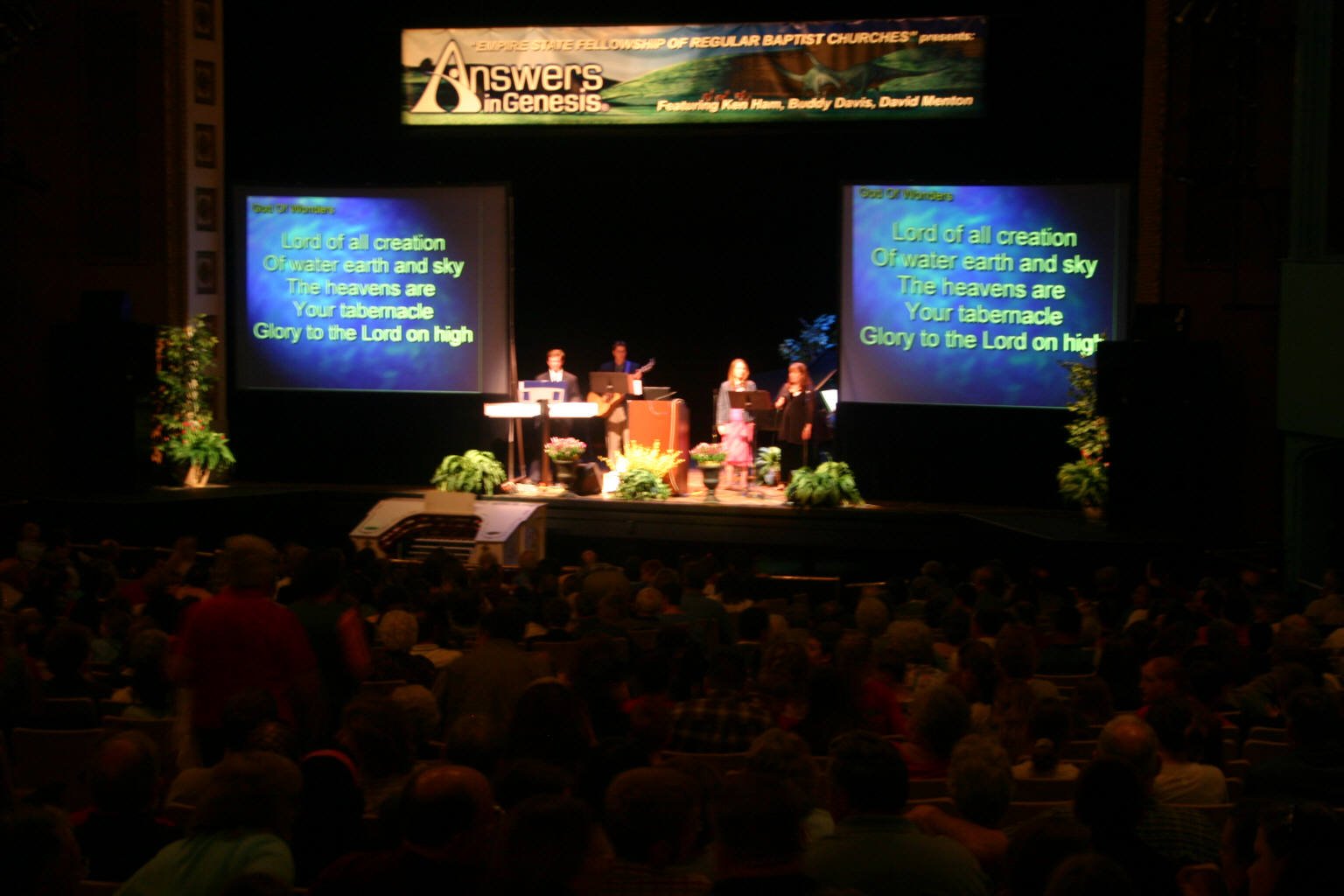 We often don't get to hear about persecution of Christians in other countries--and we too easily take the freedoms we have for granted. We need to pray for our Christian brothers and sisters in countries like Turkey, where it can be very dangerous for Christians. We were saddened to receive this report from one of our supporters:

Early afternoon, April 18, 3 men were killed at a Christian publishing office in Malatya. ... Necati AydÃ?Â±n, UÃ?Å¸ur YÃ?Â¼ksel, Tilmann Geske are with the Lord. Tonight we will have a prayer meeting in Izmir. Necati went out from a church here in Izmir as one of the first Turkish workers to move to parts of Turkey with the least access to the good news. Tilmann, from Germany, was a gentle, compassionate man whose heart overflowed with love for Christ. Those serving Christ in that part of Turkey are literally about one in a million! Please pray for Turkey, for the families who have been left behind, for the small Turkish fellowship in that city and for the believers all over Turkey who are hurting now. Pray that this evil may cause many to turn to the light.

Here is an article from the web: