After 20 years living in America (as of January 22), I have finally figured out American football (with the help of my youngest son, who is a big Cincinnati Bengals fan). Of course, in my native Australia, real footy (football) is called Rugby League! 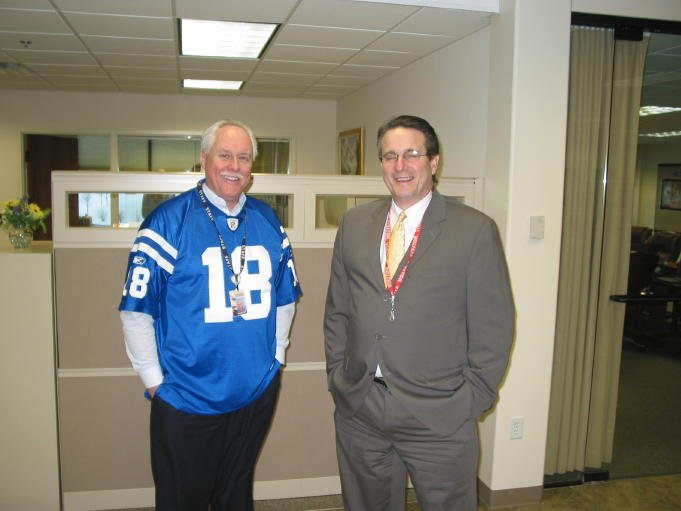 There's one thing I don't quite understand about American football, and that's the fanaticism of some of the fans ... and how much time is spent talking about the game. With the Super Bowl coming in just over a week (the Indianapolis Colts playing the Chicago Bears -- are you surprised I even knew that?), our staff has begun taking sides. In the photo, the gentleman on the right, Mr. Michael Johnson, was visiting us from near Chicago. So Mark Looy, our CCO, decided to greet him wearing an Indianapolis Colts jersey (similar to the one worn by Colts quarterback Peyton Manning). Since Indianapolis is about 100 miles from AiG (we're only about two miles from the Indiana state line), many staff are rooting for the Colts. Mark tells me that the Colts' coach, Tony Dungy, is a strong Christian, as are a few of his players.

But I must admitI still think Australian footy is the best! 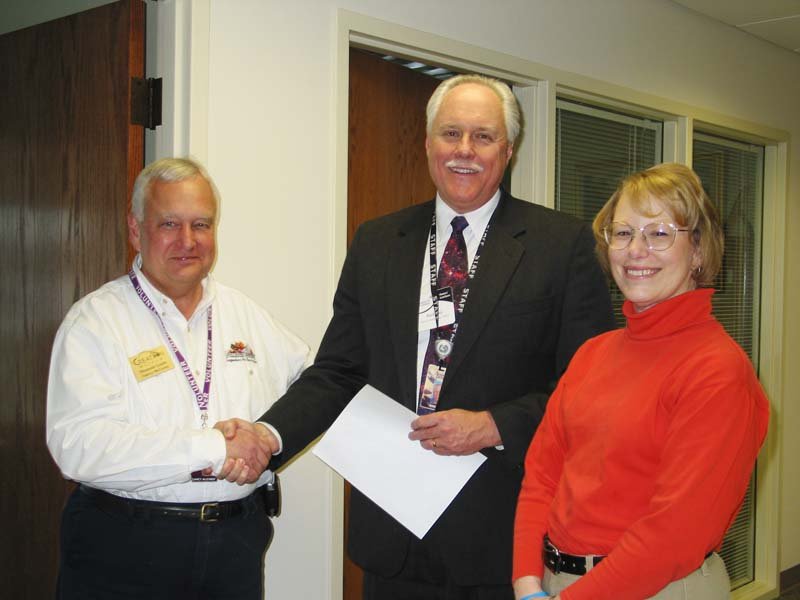 Two years ago, under the leadership of Carl Kerby, AiG began conducting special Christian Leaders luncheons once a month at the AiG headquarters. Over 30 leaders and their spouses attended the first luncheon.. At about the same time, Carl met a man called Clancy, who works for Famous Daves BBQ restaurant. (If youve never eaten there they have very good ribsand my favorite, BBQ Brisket). Clancy became very excited about what the Lord was doing at AiG and the Creation Museum. He then brought his boss Pat, out to AiG. When Clancy and Pat heard about the Christian Leaders luncheons, they decided they wanted to provide the food, as a gift, for these meetings. We were overwhelmed. They provide a fantastic meal-- chicken, beef brisket, pulled pork and ribs, with the fixins. They did this for almost a year 1-2 times a month. The events have grown to where we have over 70 Christian leaders and their spouses once a month. Clancy and Pat still provide the food, but, at a very reduced rate.

Clancy has also worked here on a number of occasions helping with all of the Creation Museum Behind The Scenes tours. Hes been at almost all of these programs as well as other events. He and his wife are strong supporters of AiG, using their time and talents. We decided it was time to honor Clancy and his wife Kathy for their tremendous contribution to the work of AiG. We presented them with a lifetime membership to the Creation Museum. Mark Looy, AiGs CCO, made the presentation after our last luncheon. (see photograph) Please pray for Clancy and Kathyan all those who volunteer at AiG. Thank you Clancy and Kathy, you are a huge encouragement to us.

PLACING ANIMALS IN THE CREATION MUSEUM 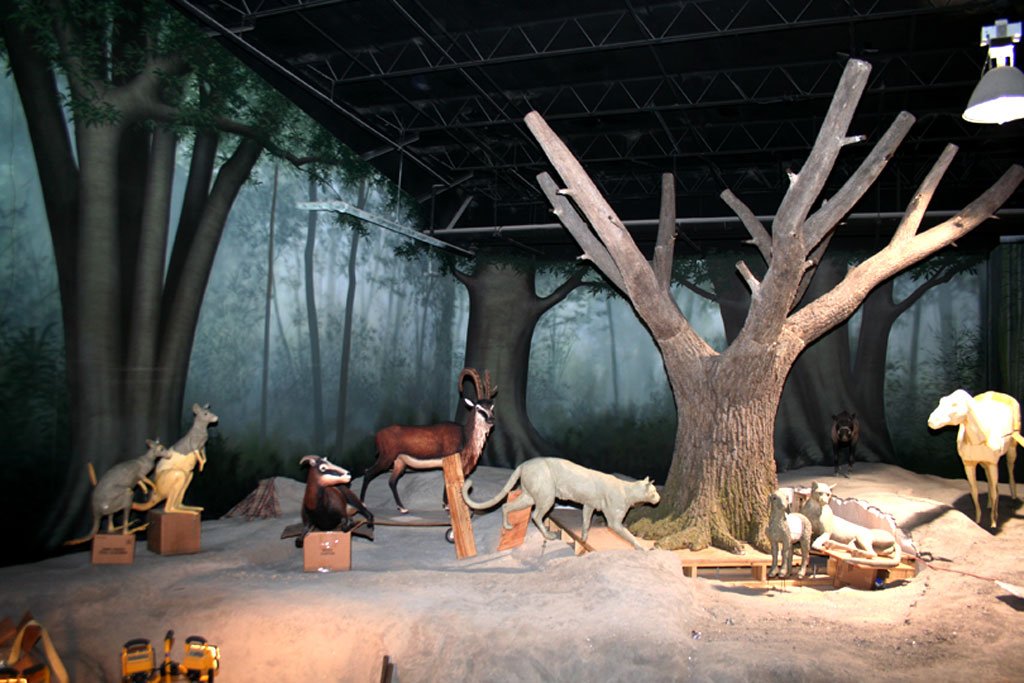 The attached photograph shows some of the animal sculptures (not all of them are finished yet) being placed in the Garden of Eden near the tree where an animatronic Adam will be naming the animal kinds. Our set designers are conducting these tests to ensure that everything will be in the right place when the exhibit is finished.

On Saturday, we have another fund raising banquet at the Creation Museumplease pray for the needed funds to complete the Museum project.