AiG customer service representative Karen (who has been processing donations given through the AiG website) excitedly told me today about a nine year old who saved all year to support the Creation Museum. Karen sent me this email report:

Praise God! One supporter writes, My nine year old son, has been saving all year long to give something to Answers in Genesis. So here it is. When most children are spending their money on video games and iPods, one of our young supporters sent his year end donation of $103.00. Its so encouraging to see a heart for the Lord at a young age. Train up a child in the way he should go and when he is old he shall not depart from it May the Lord be exalted in 2007!

What is also exciting to me is that Karen, like all the customer service reps at AiG, doesnt just see what she does as a jobbut a ministry. She, like all our staff, are not just employees but people called to use their talents in a ministry. Every one of them is an integral part of this ministry the Lord has raised up. To see this even further, read the following two reports I received from Adelaide and Tressa, another two customer service reps at AiG:

I am so excited! Today, in Customer Service, we have had a great number of phone calls for book orders, museum memberships and donations. One of the callers has been an AIG donor since March of 1994. She shared with me that she and her husband recently had dinner with Carl Kerby after an Answers In Genesis speaking engagement. This couple made a $7,000.00 donation today in response to the need to complete the museum. I am continuously amazed at how Gods grace pours through people like this. I could not thank her enough for their ongoing financial support and prayers. She stated that they were more than happy to do it and they couldnt wait for the grand opening of the museum in May. Thanks to the Lord and the generous giving of His people, we all look forward to the completion of the museum.

A supporter called to place an order, which is nothing unusual for customer service! After the order he casually asked me if I could take donations as well, because he would like to make a $10,000 donation. In surprise I asked if he was joking! He was not! At the click of a few buttons on the computer, the $10,000 donation was designated to the general fund by his request, processed and charged. Once again the Lord provided a large sum for our ministry!

Praise the Lord for our generous supporters, for people like the nine year old who so sacrificially gave todayand praise the Lord for the quality dedicated Christian staff who make this ministry of AiG what it is.

Don't forget--if you want to make a 2006 tax deductible donation, it needs to be phoned in or sent through the website before January 1st, or your envelope mailed in, postmarked no later than December 31st. To donate through the website, go to our donation page. 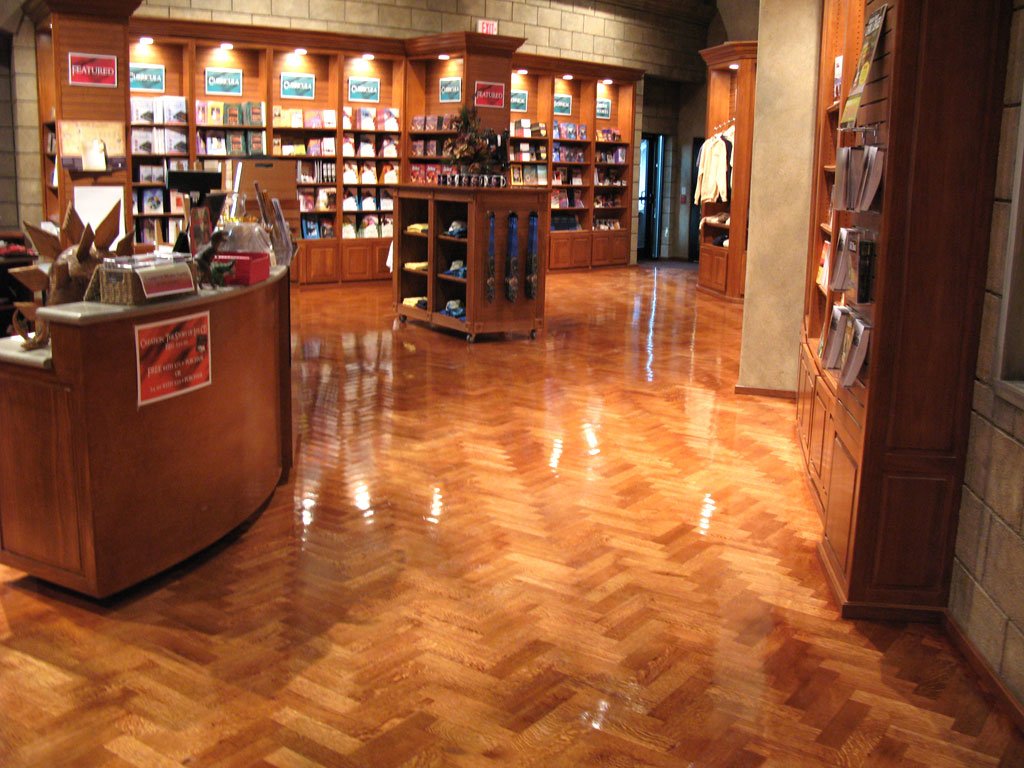 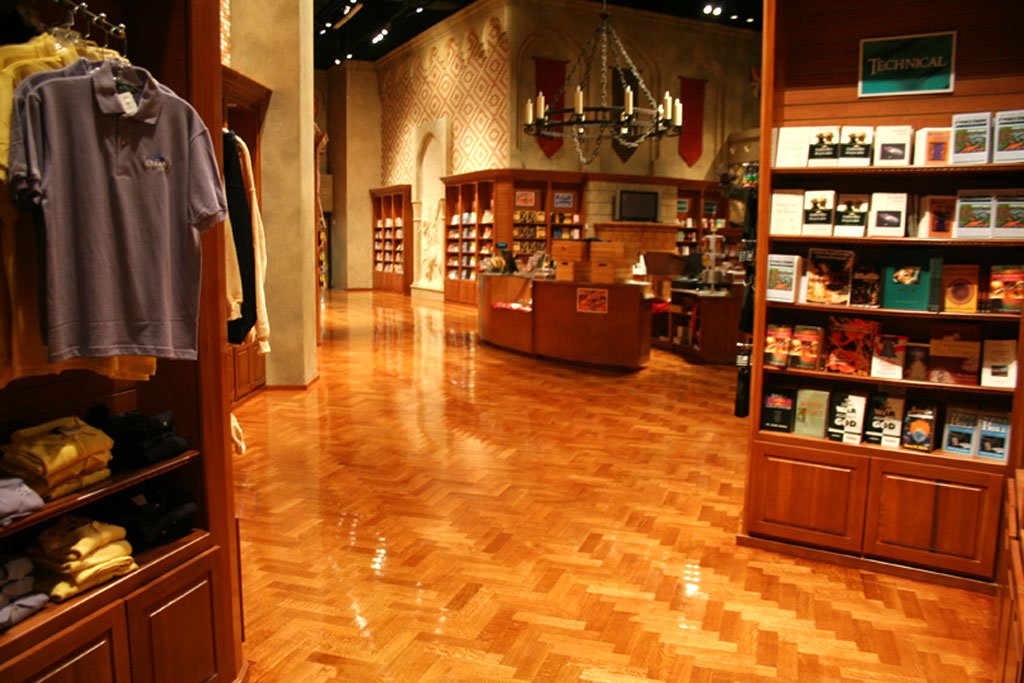 I thought you would be interested to see the shiny new coat on the bookstore floorand the spectacular Creation Museum Bookstore as final touches are made ready for the Grand Opening at the end of May. The two photographs were taken this week.

I walked through the Museum today watching the Museum Team (painters, sculptors, carpenters, artists, designers etc) work furiously as the deadline for the Museum approaches. What an awesome team the Lord has brought togetherthere is no way I could explain to you what they are accomplishing until you come and see for yourself when the Museum opens to the public.