The recent conference I spoke at in Mexico will result in a tremendous boost to Spanish Outreach. Because the translator is considered one of the best in Mexico, and it was to be simultaneous translation, AiG invested in sending a video crew and all the necessary equipment to accompany me for this Mexico conference. We videotaped SEVEN programs. The people in the audience (and our own staff who were with me) told me that they could see me on stage speaking (I only used a microphone for the video---not the public address system) but all they could hear was a voice in Spanish---it looked like I was speaking Spanish. The translator kept up with me as I spoke---it was almost unbelievable, except we experienced it happening!

It was hard work---I had to learn to talk as if I was talking to the whole audience, but sort of block out the Spanish translation that was coming across the public address system. At the same time, I had to hear the translation for timing for humor etc. It worked very well---but was very exhausting. Our video department will edit the talks and ensure all the powerpoint slides are edited also (all of my PowerPoint slides were also translated into Spanish ahead of time by the same translator---only the Spanish slides showed up on the screen---so all the presentations were totally Spanish!).

We took hundreds of photographs. I have attached four photographs for you (I also attached three in yesterday's Blog): 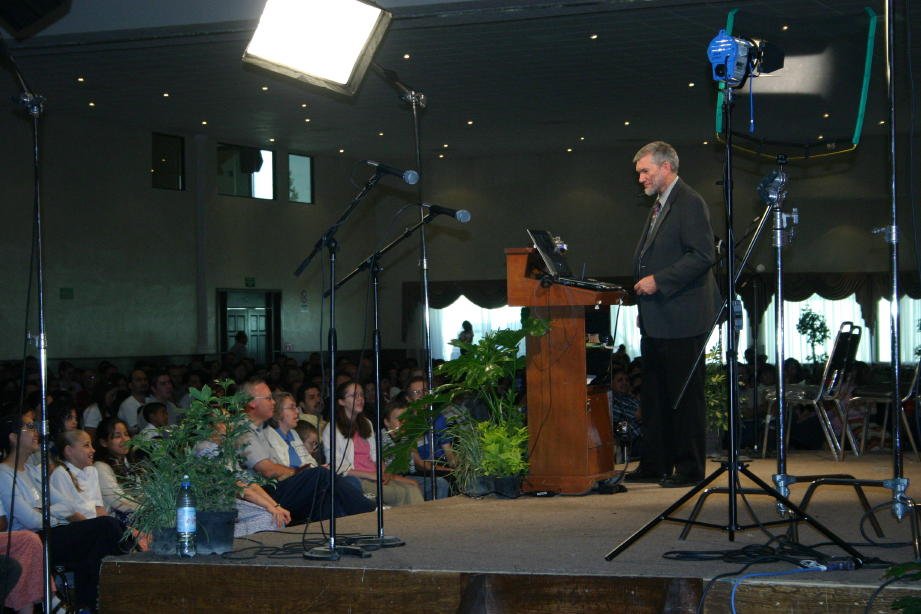 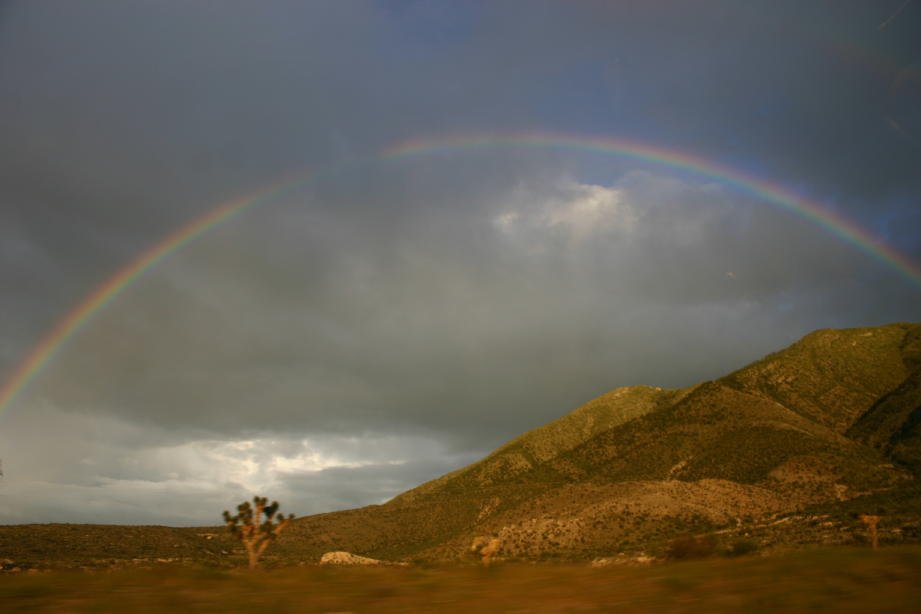 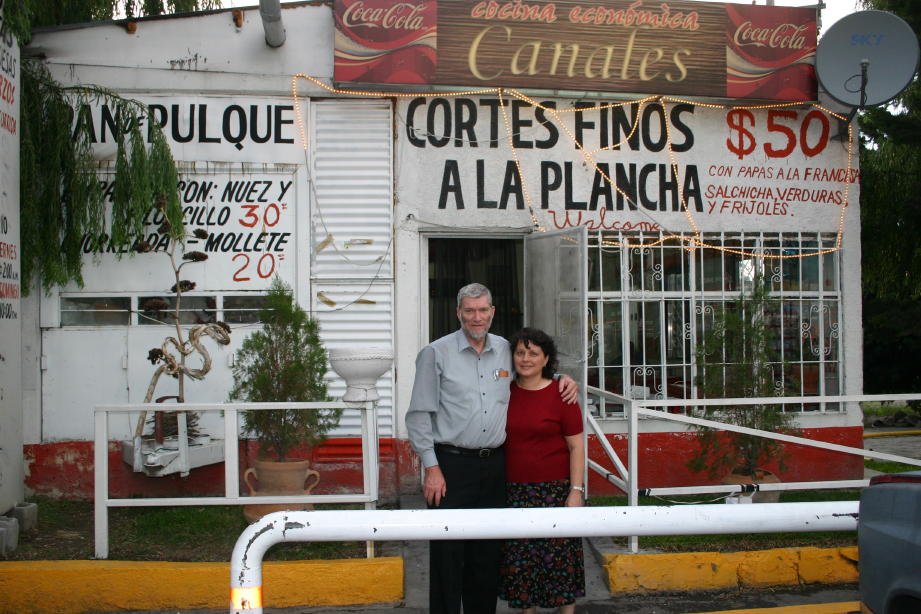 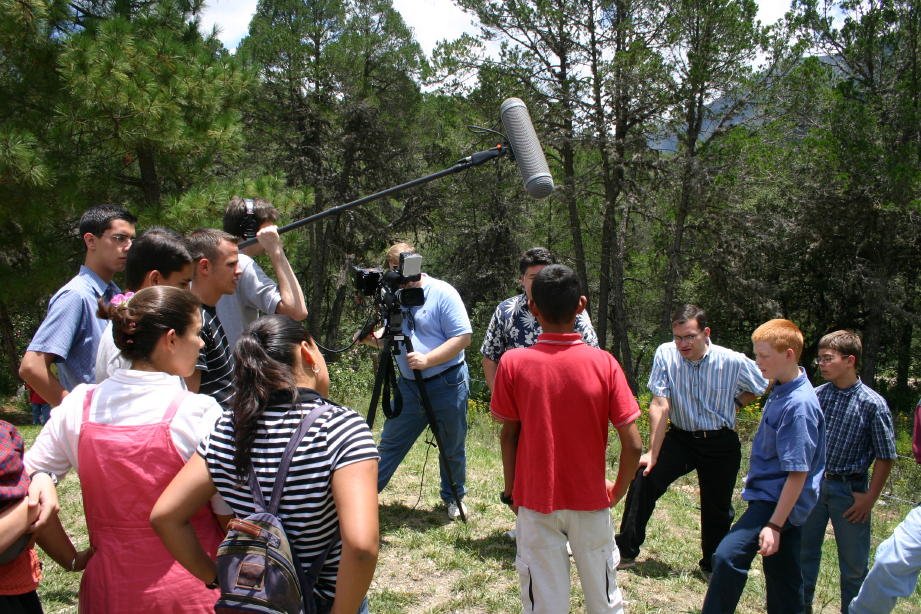 1. A photograph of myself on stage at the conference speaking to the nearly 1,600 attendees. 2. One of my favorite photographs of the trip is the Rainbow. We saw this after the conference had ended and we were on our way up into the mountains for the Sunday morning service I spoke at. 3. Mally and I are standing outside of one of the fast food places we purchased food at---and survived! 4. Paul Varnum and Ben Wilt (AiG staff) are videoing people after the Sunday morning service---we received some fantastic testimonies (all in Spanish!) of how the ministry of the confernce and/or the Sunday service had such a positive impact on people's lives.

Thanks for praying for this trip. Please continue to pray as we produce these videos for the Spanish-speaking world---one of the largest language groups in the world.