We are going to be traveling for the next few days, so I'm not sure when I will have access to email to send reports. Keep checking the BLOG and I will update with reports when I can. There are some very interesting meetings coming up.

Today, I spent most of the day getting my talks ready--it is not easy when one doesn't understand the culture or the background of those I will be speaking to. I still have a lot of work to do on my talks, but at least I have a lot of work done.

I spoke for an hour and a quarter--it is really hard work as one has to summarize the concepts and keep the language very easy to understand for the translator.

Afterwards, one man told me he was from Holland and speaks Dutch and English. He was a theological student in Holland (who is in Israel for a few weeks--he is looking at some sort of ministry in Israel eventually). He said he had found our web site by just surfing on the internet and was appreciative of the articles--particularly the ones on cosmology/starlight and time issues. Apparently the theologians in Holland (like so many places) give in to the academics of the day re: such issues.

Another man told me he was Hungarian (he married a Jewish girl and was now living in Israel). He said he found a copy of the Answers Book in Hungarian in a Christian bookshop in Romania! This book was extremely helpful to him. He also said he found some of Vern Gitt's books in Hungarian. It is so thrilling to see how the Lord places material around the world so people can get the truth.

Well--it's getting late (Tuesday evening) and we have to get up early tomorrow (Wednesday) to drive quite a distance for the Youth Conference.

The two photographs show the door into the church--yes this is the front (in fact the only) door--and the group of people who listened to me tonight. 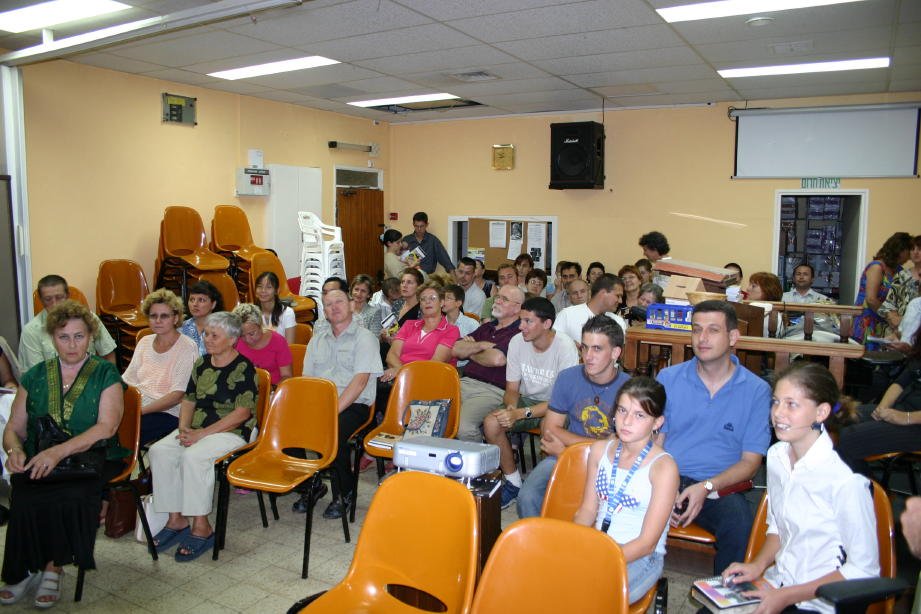 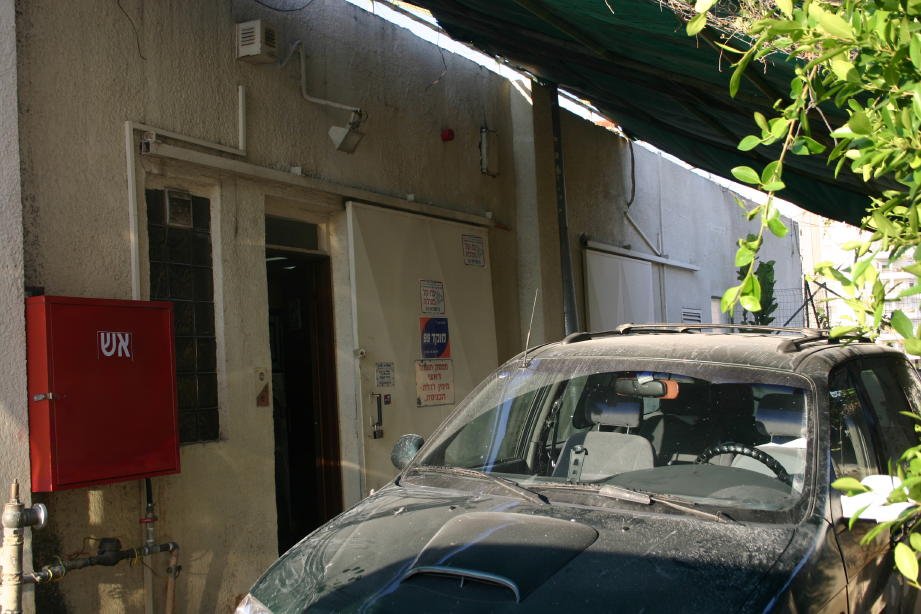 You'll hear a news segment with myself and Jason Lisle talking about last week's Creation Mega Conf. about six minutes into (Monday's) radio news service of Focus on the Family (called "Family News in Focus" -- heard on hundreds of US radio stations; dozens of stations in Calif. alone):

Previous Article Update on the Planetarium Next Article A Japanese doctor...saved by the lie!