It usually takes me 7-10 days to get over jet lag after traveling to or from Australia. Today I crawled out of bed at 10 am. By 3 pm I convinced my body to drive to the office so I could sign 300 letters that were waiting for my signature. I then met with some of the Museum team about some of the displays we are working on—then had a look at the lobby—WOW! The "Jerusalem Stone" look on the lobby walls is outstanding! I also talked with Doug and Kathy who have been repainting some of Buddy's dinosaurs—what an awesome job they are doing. The repainted dinosaurs really do look real. Patrick (our exhibit designer) said everything is on schedule for the April 2007 opening—as long as the funds keep coming in. We keep moving ahead in faith.

I came home late afternoon and spent some time mowing the lawn! On checking my emails, I found my sister had sent me the phone number to reach my mother in her hospital bed (she recently had a heart attack). I called and talked with Mum ("Mom" for Americans). She sounded upbeat and was thrilled that I called. She won't know more about her condition until further tests are conducted on Monday—however she is no longer in Critical Care. Thanks for praying for her.

We receive lots of positive feedback to my daily blog. Recently, we've received a number of emails from people who so appreciate the personal nature of the blog. Many have commented that it helps them and their family understand we are "real" people who deal with all sorts of issues day after day just like anyone else. I thought you would be interested to see an example of this sort of feedback:

"I really enjoy 'traveling' with Mr Ham. It's like reading the Acts of the apostles and meeting the REAL faith episodes of peoples lives. I have shared with my family, especially one of my sons-in-law, to teach his children to be "REAL". My prayers for your Mum and for all that the Lord would do today in AIG. I was traveling to work and saw a license plate in front of me with AIG and immediately I thought of Answers in Genesis and held you all up to the Lord for His blessings for today. Thank God for your faith--may He richly encourage you today."

Within the Noah's Ark area of Creation Museum, there will be several miniature exhibits of life around the time of the global flood (I believe there are around 60 life size human figures in other exhibits). These miniatures will each portray their own respective stories in different scenes. The two photographs show Carolyn sculpting Ham and his wife, and summer intern Travis furthers Japheth and his wife. 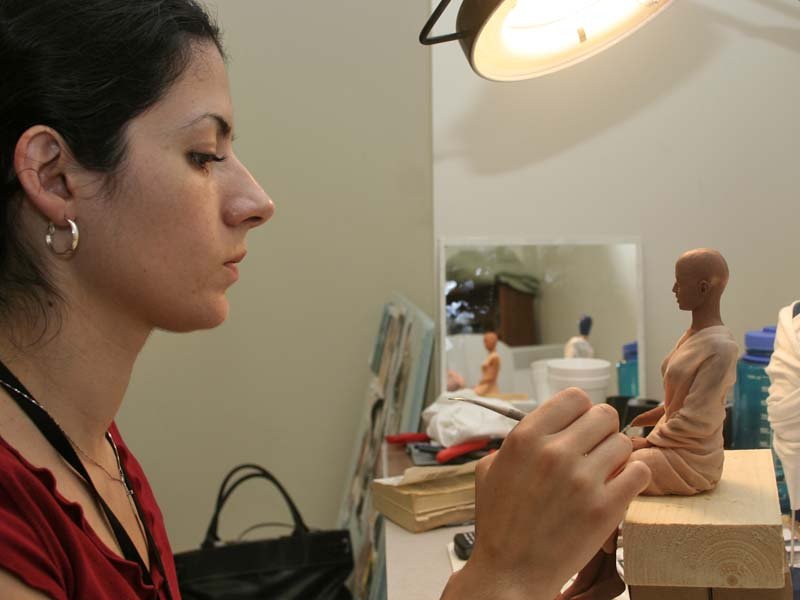 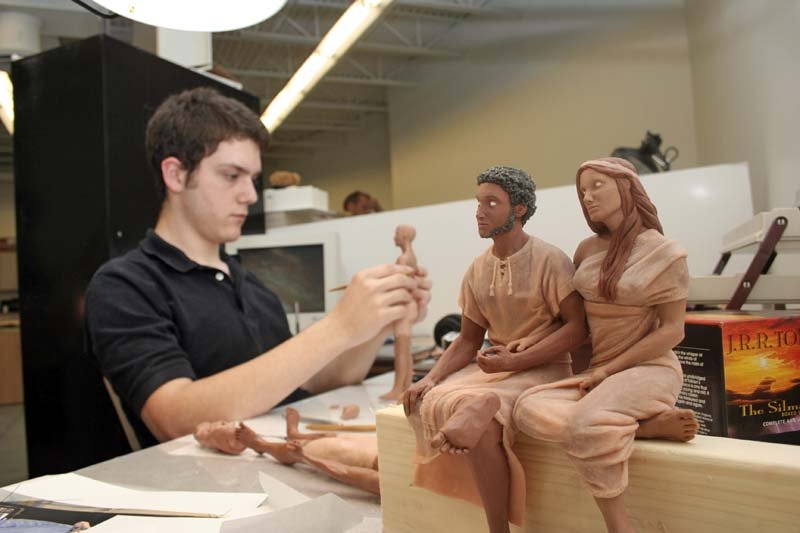 On looking at my calendar, I found out I don't have to fly again until Thursday next week!! Oh how I'm looking forward to that!

Previous Article Many pastors--they lack biblical confidence! Next Article Quite the Friday...