It was another very special day at the London Olympic Games. Today one group reported an angry police officer had kicked them out of a park for no legal reason. However, the group moved to another spot where they were able to lead four people to Christ. God ordained the move and even used a grumpy bobby.

A total of 13 have now been saved, and over 16,000 booklets have been distributed. We have shared the truth with over 2,000 people. Praise the Lord!

One of our team members shared his testimony with a man on the street, and the man got so excited that he asked the worker to come to his home for tea and tell the whole family about the Lord Jesus Christ. This team member shared how the family gathered around him and listened as he told them about the gospel, beginning with creation. Some members of that family were gloriously saved. Every person in the family wanted their picture taken with our AiG team member.

Our group is very tired, but we are rejoicing that they can be weary in well-doing. Pray for us as we labor over 12 hours each day.

Here are some of the many great photos we took: 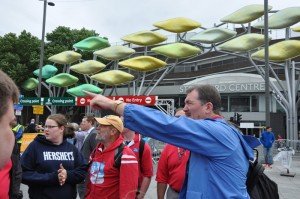 UK missionary Steve Mann joined us for this ministry. Here he is at Stratford Station leading his group. 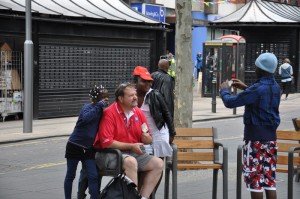 Helmut Welke with people he had a chance to witness to 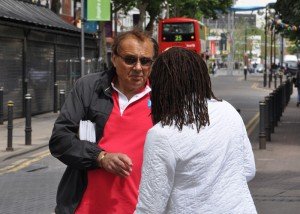 Bruce Horacek speaking with a lady on the streets 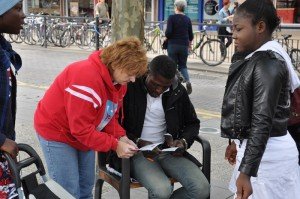 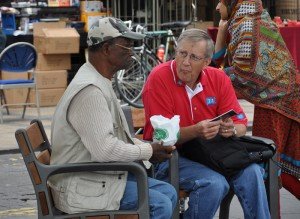 Larry Wynes witnessing to a gentleman on the streets 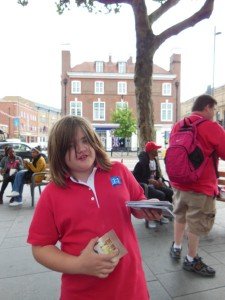 Kristin Lampart, our youngest member, is fearless as she passes out booklets. 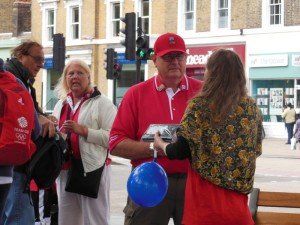 Bill Peters, one of our appointed bus captains, sharing with a lady he met on the streets 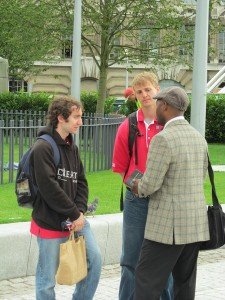 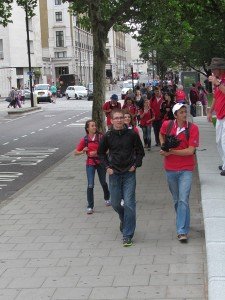 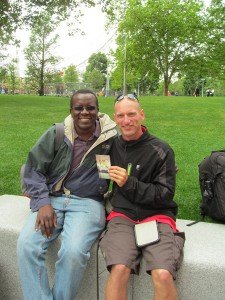 Otieno Oduor (pictured with our team member) and his friend Scott Seigman came from Paris to witness with our group for a few days. 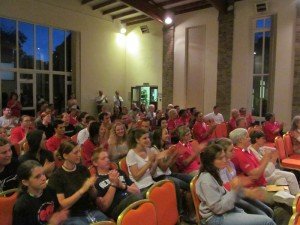 A tired but joyful group! We have meetings every night at 8:45 p.m. to hear about the day's success. Here everyone is clapping to hear that over 7,000 booklets were passed out on Tuesday. 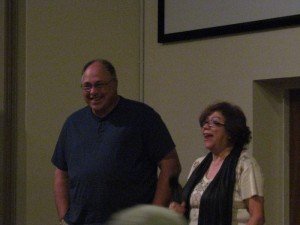 Paul Phipps and Maria Booth. Maria gave a booklet to a gentleman on the streets of London. The man recognized the AiG logo and said, “Hey, I remember you! You and the tall man Paul gave me a booklet in Vancouver!” Our God is good!

One Christian UK website reported on the Answers Worldwide Olympics ministry team and their outreach on the streets of London. I encourage you to read the article, which also mentions this blog.