The theme of this year’s Answers for Women conference is Defend: Ready to Give an Answer. God calls each of His beloved children to share the hope He has given us through Jesus (1 Peter 3:15). Yet how can we when so many are questioning the very foundation of our faith and false stories abound about Christianity? Over the next few weeks, you will hear from each of the knowledgeable and passionate speakers we have lined up for this year’s conference and learn how they will teach you to more effectively defend your faith.

Marcia Montenegro was a professional astrologer who believed and practiced many New Age/Eastern beliefs before receiving Christ as her personal Savior. She began a website called Christian Answers for the New Age to help Christians better understand the dangers of New Age/Eastern beliefs and how they are making inroads into the church and Christian community. Marcia recently wrote a chapter on Wicca and witchcraft for the book World Religions and Cults (Vol. 2) produced by Answers in Genesis. Here is what Marcia had to say about her upcoming presentation at Defend. 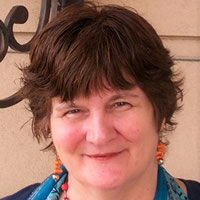 The topic of Eastern spiritual views will include the beliefs of Taoism, Hinduism, and Buddhism, especially as taught and practiced in the New Age context, and where we see these in the culture. I will try to weave in some of my own story and experiences as a former New Ager in these areas. Related to this, the Eastern and New Age worldviews of reality, man, and God will be covered, along with a comparison with the biblical views.

An array of practices that are becoming common in many churches such as yoga, meditation (including mindfulness), and contemplative prayer, as well as New Age views of Jesus, and the concepts of pantheism and panentheism, will be discussed. Explanations of the New Age views of Jesus will include Christ Consciousness, the “Spirit of Christ,” and the Jesus-Christ distinction and information on who held/holds these views and how they are influencing the thinking of many Christians as well.

I would like to emphasize the subtlety and camouflage of the New Age-Eastern views, so I will list some red flags that should help alert one to a New Age or Eastern spiritual-based view when it is present in Christian resources. Because it is equally important to understand the appeal of these concepts, that will also be discussed.

We will examine these issues from a biblical perspective, and how to respond as Christians to the infiltration of these beliefs and practices in the culture and church. Evangelical author Os Guinness understood the importance of being knowledgeable about Eastern influences in the church:

The swing to the East has come at a time when Christianity is weak at just those points where it would need to be strong to withstand the East. Without this strength, the Eastern religions will be to Christianity a new, dangerous Gnosticism, but this time, much of the fight will be lost before many see the nature of the danger.1

Marcia has a real heart for equipping Christians to defend their faith through understanding New Age/Eastern beliefs and the very real impact and danger they pose to Christianity.

Register today to take advantage of the early bird price (ends February 1), and remember the price includes lunch on Saturday, free admission to the Creation Museum and Ark Encounter for the attendee, and 20% off admission for accompanying spouse and children. This year’s conference will be held at Florence Baptist Church (20 minutes from the Creation Museum and Ark Encounter) because we’ve outgrown Legacy Hall at the Creation Museum—what a wonderful problem! Be sure to download the bulletin insert on the event website to advertise the conference at your church.

Previous Article Women’s Bible Study That Makes A Difference Next Article The Bible: Who Could Ask for Anything More?