Yesterday we had an early start to hike to the top of a large cinder cone on Bartolome Island. This area has had a lot of volcanic activity in the recent past as plant life is small and sparse. We spot mollugo and lava cacti again and another pioneer plant called tiquilia. All around us and in the distance are little “hills,” which are cinder cones and splatter cones of different principal volcanoes. Our naturalist explains that many times the principal caldera of a volcano will not erupt but that gas and magma will come out the sides in the form of these different cones. He explains that cinder cones are where the gas pushes up the ground but doesn’t actually explode out, so it appears closed at the top and looks sort of sandy brown in appearance. Splatter (or parasite) cones form when magma and gas push through the surface resulting in an explosion, like a mini-volcano, and are open at the top.

Once we climb many, many stairs (!) we are awarded with a spectacular view. The naturalist tells us that on a clear day 15 islands are visible from this point. We see Pinnacle Rock, a tall slab of pointed rock that appears quite solitary. In the distance we see the lava field we climbed around the day before and the volcano responsible for it. The sheer size of the lava field (15 miles) is stunning! I take many pictures of the landscape. We then climb back down ready for the next adventure.

The naturalist arranges with the captain to sail the boat very close to a collapsed caldera that has a brackish lake and flamingos. Although the boat is very close to the caldera, it is quite large, and the flamingos just appear as very small pink dots when I take the pictures. But to the human eye it was amazing to see one of the largest concentrations of flamingos in the Galapagos in this very isolated place.

In the afternoon we land on a beautiful white sand beach called Las Bachas on Santa Cruz. The beach is a major nesting ground for the Galapagos green turtle. We see many, many nests and the tracks the female turtles have made leaving the nests. Our naturalist tells us that in a few hours many of the baby turtles will begin their trek to the ocean. The moon will only be a tiny sliver tonight, and the darkness will hide them from hungry predators. Interestingly, we learn that no one really knows where the green turtles reside as they are maturing and reaching reproductive age—just that they return to the Galapagos Islands to nest.

A couple flamingos are eating in small brackish lakes, and the blue-footed boobies are in action again dive-bombing the water for food. We also see several blue heron and many pelicans on this island. At the end of our excursion, many of us (including me) take off our shoes and wade in the crystal clear water. It is a great way to end the week.

In the evening our naturalist tells us that we have some “visitors.” We rush to the outside decks and watch baby green turtles swimming in the water around the boat. What a neat sight to see their nests just a few hours earlier and now to see the babies making their way to wherever they go to grow up! Just as we settle back in the lounge for the evening one of the students announces he has seen a very large shark in the water. Minutes later a sea lion jumps up on the stern deck and we see that he is bleeding and missing a fin! It was amazing and sad all at the same time. After seeing the size of the shark, I feel justified for not snorkeling on this trip!

This morning, I go on my last excursion in the Galapagos to North Seymour Island. This is a true birders paradise. We see many birds that we have seen before, but they are nesting on this island, so there are perfect opportunities for taking pictures. One of my favorites is the male frigate bird with his great blown-up red neck pouch. The male frigate is responsible for making the nest and then blows up his neck pouch as females soar above choosing which male and nest they like best. Both the male and female will take care of the single chick once it is born. Our naturalist tells us the chicks stay with the parents for around a year as it is difficult to learn the art of stealing food from other birds! (Frigates are kleptoparasitic, and we have witnessed this behavior on several occasions.)

We see many blue-footed boobies and observe their courtship ritual. Competition is fierce, and we watch as two males vie for the attention of one female. Both males do their “love” dance, make noise, and spread their wings in displays of dominance and courtship. It is fascinating to be able to observe their behavior, and not just read about it in a book. We also see several very large land iguanas.

My time in the Galapagos has come to an end, and I now start the long trek home! We sail to the island of Baltra, where I will take a flight to Quito, Ecuador. I have a long layover in Quito and then a red-eye flight to Atlanta, Georgia. I will arrive early Sunday morning in the U.S. and have another long layover before my final flight to Cincinnati. I am very anxious to see Chris and Elizabeth and am very thankful to God, my family, Living Science, and Answers in Genesis for allowing me to have this amazing, once-in-a-lifetime opportunity. I hope you have been able to live a little bit of this journey with me through my blogs and photos. It was a lot of fun to journal my adventure, and I hope my entries were equally fun to read. Enjoy the pix! 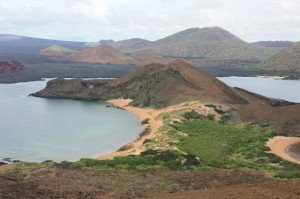 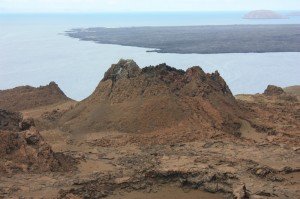 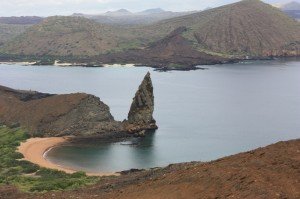 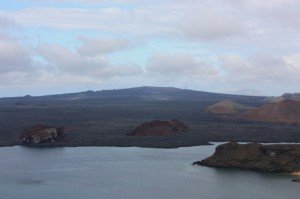 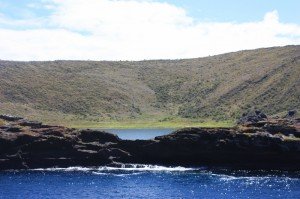 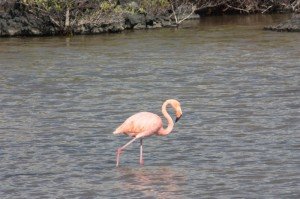 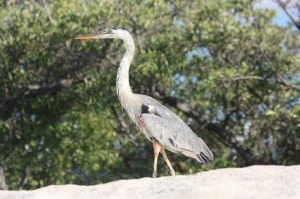 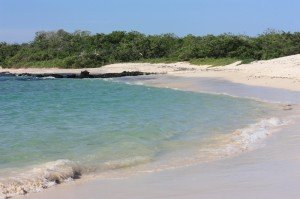 Hard at work on the beach! 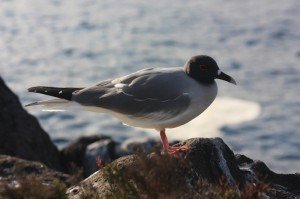 Swallowtail gull-one of my favorites 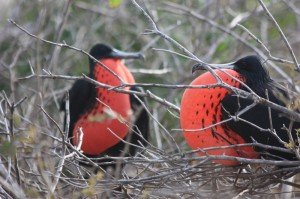 Two male frigate birds trying to get the female's attention 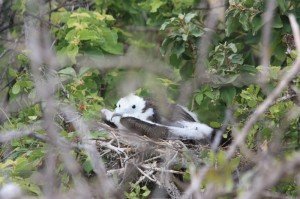 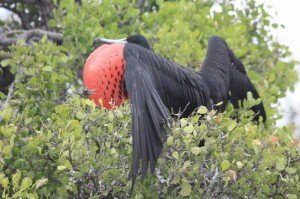 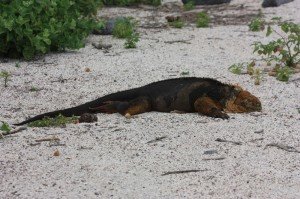 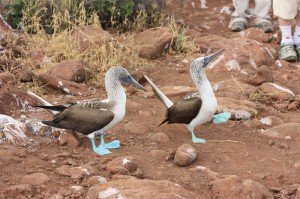 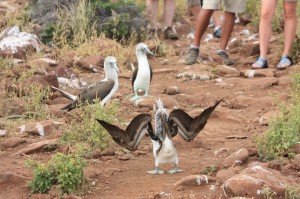 Another male tries to court the female 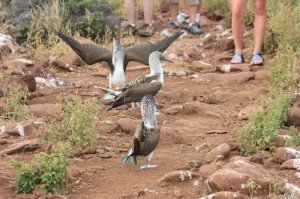