Yesterday morning we took a panga ride around Black Turtle Cove off the coast of Santa Cruz. It was nice to ride instead of walk for a change! The highlight of the trip was the blue-footed boobies and their amazing ariel display. There were hundreds of them just floating on the water as we came around a corner in the cove. Within moments as if responding to some unknown signal, they all took flight, flew a short circle in the air, and then dive-bombed back into the water to capture their prey. It was incredible to see so many of them doing it at once! I was thrilled to be able to capture it on my little video camera.

Among the mangroves our naturalist points out a striated heron. He blends in so well with the scenery that he’s even hard to see in the photo! We also see an Olive Ridley turtle and several baby white- and black-tipped sharks, but it is difficult to take photos of through the reflection on the water.

After we are back on the ship, we cruise around the island of Daphne Major. Landings are not permitted by tourists, but this island is famous for the ground finch research that has been done here by Peter and Rosemary Grant. The island does not look easy to work on with its steep vertical inclines. Our naturalist tells us the Grants come for 1–3 months every year and camp in a tent in one of the crevices or holes near the base of the island that we can see. The Grant’s research has been very important in developing our understanding of natural selection. However, they often use the word “evolution” in their publications implying something much larger scale is occurring than in reality (see "Evolution" of Finch Beaks—Again).

In the afternoon we head back to Santiago and visit a lava field that is only 114 years old. We are told the lava flowed for three months, was seven feet in depth, and covers 15 miles. It would take the boat two hours to completely go around the island and see the lava field! The volcano that is responsible for the lava we are standing on cannot be viewed from where we are because of our distance away from it and cinder cones that are obstructing the view. Our naturalist tells us that even though books say the “hotspot” of the Galapagos is around Fernandina and Isabela, in reality it is under all of the Galapagos. The very fact that we are standing on such a fresh lava field on Santiago gives support for his statement.

We are amazed at all the different shapes the lava has taken. You could spend hours photographing them all! We spot ropy lava, gas bubbles (mini-volcanoes as our naturalist calls them), tube-like lava, and crumbly, fragile lava. Amazing that such beauty could come from something so destructive. We see some life on the lava as a few pioneer plants are beginning to grow, including the endemic mollugo plant and lava cacti. Lava lizards and insects are plentiful and on our way back to the boat our naturalist spots a short-eared owl in a small lava cave. The owl is awake and “poses” for our photos. He seems completely unconcerned with our presence. He is waiting to hunt at night when he has less competition from the hawks.

Today we will hike to the top of Bartolome Island for some spectacular views including the famous Pinnacle Rock. It’s hard to believe that this is my last full day on the ship and that I begin my trek home tomorrow! The two weeks have just flown by, and I have formed many friendships with adults, students, and crew. I will miss them but I will greatly enjoy reuniting with my family again. Enjoy the pix! 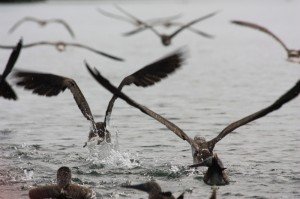 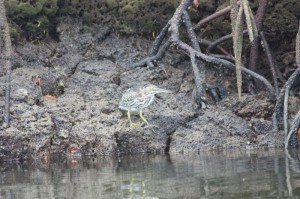 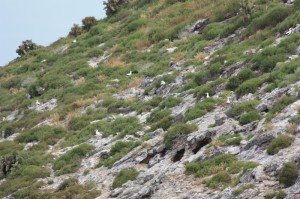 Daphne Major where the Grants do their research 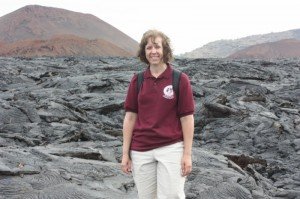 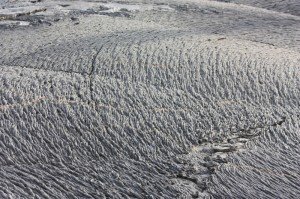 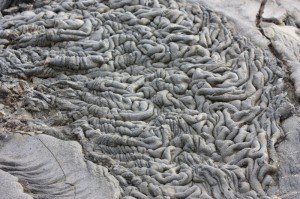 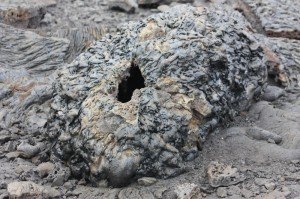 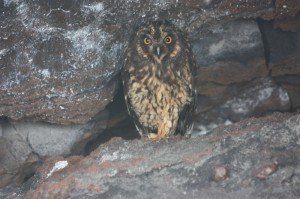