A Lunar Occultation: Another Test for the Flat Earth

I have written several times about the flat-earth craze that has become popular in the past couple of years. To believe that the earth is flat, one must believe in many other odd things. For instance, everything that you’ve been taught about the moon is incorrect. We haven’t landed men on the moon. The moon doesn’t orbit the earth each month. Nor is the moon 2,000 miles in diameter and nearly a quarter million miles away. Rather, the moon is 32 miles across and only a few thousand miles above the earth’s surface.1 The moon doesn’t shine by reflecting the sun’s light, but instead glows with its own light source.2 Consequently, neither the moon’s phases nor lunar eclipses happen for the reasons that astronomers say. How do lunar phases and eclipses happen? The flat-earthers don’t tell us—they’re pretty certain about what doesn’t cause these things, but they don’t seem very curious about their true causes.

According to the flat-earth teachers, the moon is not a sphere, but rather it is a semitransparent disk. As evidence of this, they produce many photos and videos of stars supposedly shining through the moon, such as in this video. The “stars” shining through the moon on this video are not identified. It is hard to tell in the video, but it appears that the stars have different positions in different photos. Stars cannot do this. What are these “stars?” They appear to be hot pixels, a common thing in modern electronic cameras. As the earth rotates, the camera must be moved, so the alignment of the hot pixels will not be the same in each photo. If these were real stars, they don’t appear to be among the brightest stars.

Could we test this with one of the brightest stars in the sky? A lunar occultation is when the moon passes in front of a star. There was a lunar occultation of Aldebaran on the evening of March 4, 2017. Aldebaran is the brightest star that the moon can occult. Being one of the twenty or so first magnitude stars, Aldebaran is the 14th brightest star in the sky, and is easily visible to the naked eye, even in the most light-polluted skies. This occultation by the first quarter moon was visible in most of the United States. If the moon is a solid sphere 2,000 miles in diameter, then Aldebaran obviously would not be visible for the two hours or so that it was occulted by the moon. But if the flat-earthers are right, then Aldebaran, one of the brightest stars in the sky, easily would be visible through the moon, particularly at the beginning of the occultation when it was the dark half of the moon that passed in front of Aldebaran.

At my location that evening, the occultation began at 11:00 p.m. The disappearance takes a tiny fraction of a second. So, a few minutes before and after 11:00 p.m., I took some photos of the moon and Aldebaran with a zoom lens on my digital SLR camera mounted on a tripod. In the accompanying photo, taken shortly before 11:00 p.m., you easily can see Aldebaran to the upper left of the moon. By extending the curved edge of the lit portion of the moon, you can see that Aldebaran was just beyond the limb, or edge, of the unlit portion of the moon. I took the second photo a few minutes later, just after 11:00 p.m. Clearly, Aldebaran is not visible. Nor was it visible to the naked eye, where it had been visible just a few minutes before. Clearly, these results match the prediction of the conventional understanding of the moon, but it contradicts the prediction of the flat earth model. 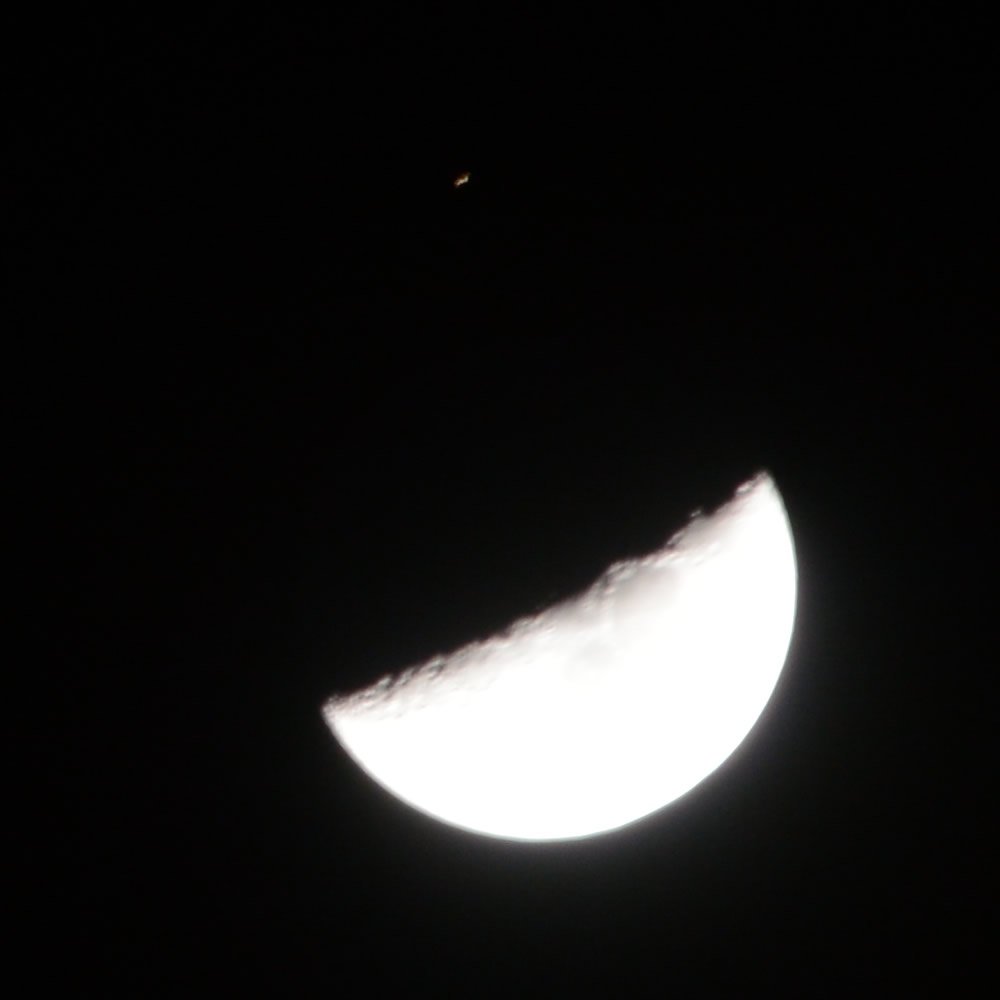 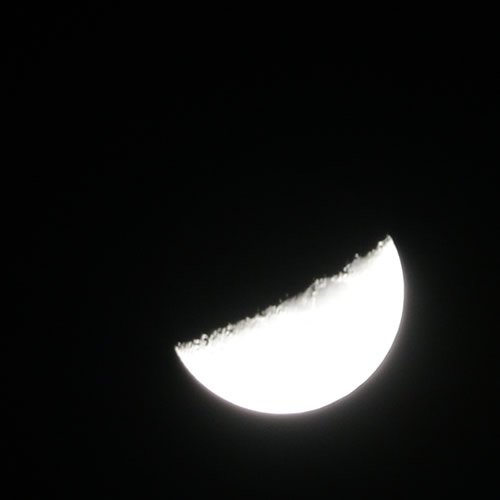