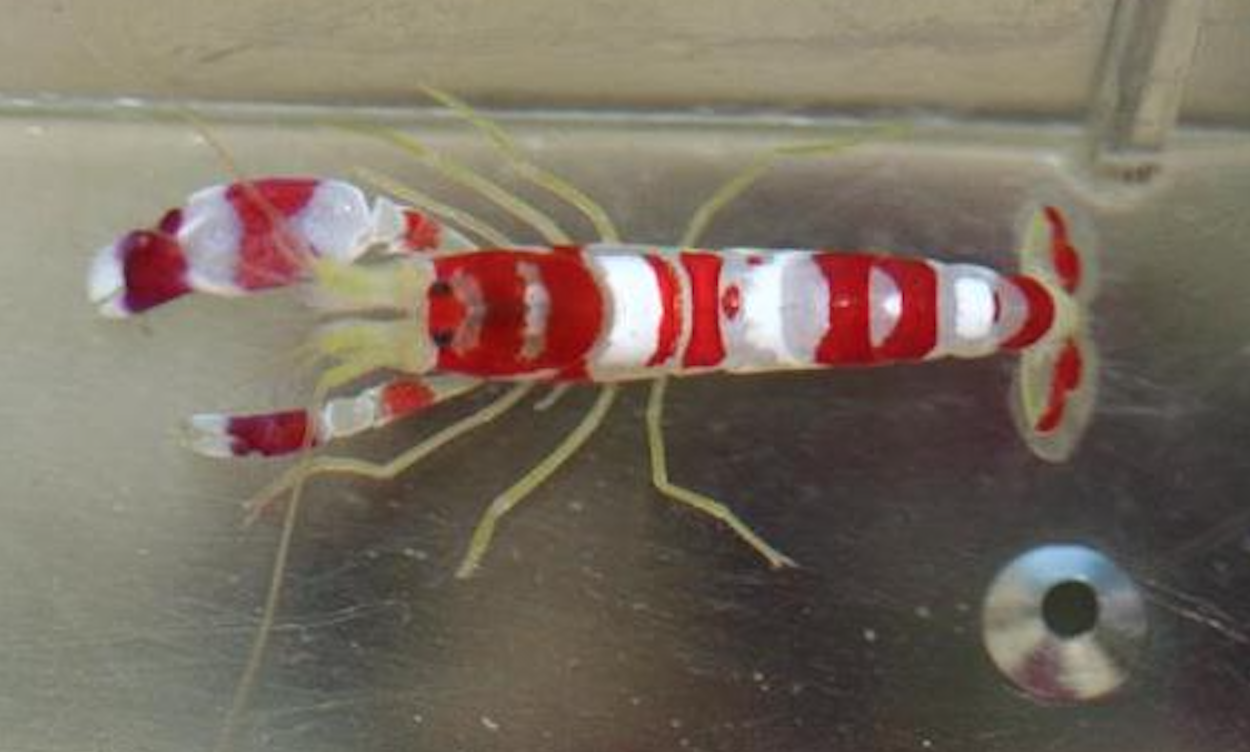 Created Crustaceans shoot holes in the story of evolution. Amazing Animals (Part 6 of 7)

by Calvin Smith on May 17, 2021
Featured in Calvin Smith
Share:
Email Using:
Gmail Yahoo! Outlook Other

The ‘70s in Northern Ontario was certainly a different time. After having three children of my own and knowing the business of looking after a young family, I can’t even imagine what it was like for my parents with seven of us running around. All to say, it was a lot easier for me back then to slip away on a Saturday afternoon to the local cinema to watch an inexpensive matinee than it would likely be for a child with “helicopter parents” today. I could slip away for a couple hours with hardly anyone knowing I’d been gone!

And whether it was the adventures of Sinbad (with great stop-motion animation by Ray Harryhausen), young Jim’s swashbuckling adventure on Treasure Island, or a raucous “Spaghetti Western” with guns blazing, I could always find something to fire my imagination that week. And I particularly remember the first time I saw a young Clint Eastwood saunter on screen with that lethal gaze and slightly raised eyebrow. You just knew the bad guys were in trouble when he showed up, eased his poncho away from his side, and revealed his sidearm slung real low.

Surprisingly, there is an undersea equivalent to Clint’s generic gunslingers in the form of a little shrimp only a few inches long called the pistol shrimp. What’s differentiates these shrimps from their common counterparts is that they have one regular claw and one oversized claw that functions like an acoustic gun, literally cocked and fired like a pistol capable of producing “shots” reaching over 200 decibels. That’s far louder than an actual gunshot (which averages around 150 decibels) and even a jet engine!

The blast is produced by a bubble formed by a fast water jet, traveling at speeds up to 100 km/hr (60 mph) squeezed out from a socket in the claw when its larger “pistol” claw snaps shut. The snap generates a low-pressure bubble and causes a violent implosion. The cavitation bubble produces the sound blast along with pressure strong enough to kill small fish. Researchers have used high-speed cameras and sound equipment to observe the process, which occurs within 300 microseconds after the shrimp “pulls the trigger.” Incredibly, the implosion also briefly generates a temperature of about 4,500˚C (8,000˚F), which is nearly as high as the sun’s surface.

Reach for the Sky!

Unlike the stand-up, stalwart cowboys onscreen, pistol shrimp tend to be more like the belligerent bushwhackers the cowboys contend. These shrimpy sharpshooters tend to hide and ambush victims, which wind up at the wrong end of this cocked-and-triggered “gun barrel.” Not only does the implosive force knock out prey to then be devoured, but it can also drill into rock to make hideouts.1 This biological "technology" has even inspired scientists to try to replicate it for drilling rock as well.2

On the Other Hand

Pistol shrimp have another clever trick up their sleeve: their ability to switch hands. Research has shown that should something chop off a shrimps’ “pistol” hand, the missing limb will regenerate, growing into a regular smaller claw while its undamaged normal appendage will morph into a new snapping claw. Cutting the nerve of the snapping claw induces the conversion, changing the regular limb into another “gun” claw. Some shrimps are like The Two-Gun Kid, bearing a pistol claw on each arm, making them notoriously hard to disarm.3

Pistol shrimp tend to congregate in shallow water and produce an underwater symphony of sound that can be deafening in its density:

The shrimps’ snapping is the dominant source of background noise in the shallow ocean.4

In fact, they are so loud that in WWII, submarines took advantage of these underwater noise machines to prevent being detected.

When colonies of the shrimp snap their claws, the cacophony is so intense submarines can take advantage of it to hide from sonar.5

As a team, they are so loud that they can easily compete with the noisiest heavyweights in the sea, rowdier than 40-ton whales! Their “gunshots” are used not only to attack and burrow but to communicate.

Once Again, Design Demands a Designer

The obvious design features in such a creature are astounding. Evolutionists have only weak attempts to explain how the building of a sonic gun, along with the biochemical and neural pathways, integrated into the creature’s central nervous system to function properly via mutations and natural selection:

“All we've known until now is the endpoint of these super snapping claws,” said Rich Palmer, biological science professor at the University of Alberta and senior author on a new study on snapping shrimp claws. “What we now know is that a series of small changes in form led to these big functional changes, which essentially allow these shrimp the ability to break water, or snap.”6

But how do they know? They certainly didn’t observe it happen. And remember that evolution requires small changes that must provide a survival benefit to the organism to be preserved. Arch-evolutionist Richard Dawkins admits:

There cannot have been intermediate stages which were not beneficial. There’s no room in natural selection for the sort of  . . . foresight argument, that says: “Well we’ve got to let it persist for the next million years and it’ll start becoming useful . . . .” That doesn’t work. There’s got to be a selection pressure all the way.7

Now the pistol shrimp’s claw is an extremely specialized construct, requiring precision design in order to function. As one evolutionary research paper put it,

Key functional transitions between ancestral (simple pinching) and derived, ultra-fast (snapping) claws were achieved by minute differences in joint structure. Therefore, subtle changes in form appear to have facilitated the evolution of wholly novel functional change in a saltational or stepwise manner.8

But let’s think this through. Of the millions of mutations that might randomly occur that could alter the shape of a claw and produce some kind of bump, protrusion, or indentation of some sort, what survival benefit would those small shape changes have benefited a shrimp while becoming a sonic claw? There would be precious few that would even be remotely helpful in becoming a sonic claw, let alone ones that would simultaneously provide some other benefit in the meantime before the “sonic gun” variant arrived.

Birds of a Feather

A similar example of this erroneous evolutionary view is how scales on a lizard-like creature supposedly turned into feathers on birds. Richard Dawkins discussed this idea in an interview with TV show host Jonathan Miller, where he said that one has to imagine that as the scales changed slightly, they would become something like a small bump or pimple before becoming a feather. But to his credit during the discussion, Millar asks what advantage a “pimple” might be for a lizard on its way to becoming a bird. Dawkins’s reply is revealing indeed.

There’s got to be a series of advantages all the way in the feather. If you can’t think of one, then that’s your problem, not natural selection’s problem. Natural selection, well, I suppose that is a sort of matter of faith on my part since the theory is so coherent and so, and so powerful.9

Contrary to the more sanguine evolutionist we quoted in part 4 of our series, Dawkins admits that the methods of natural selection don’t allow a form to “foresee” future mechanisms that would be useful down the evolutionary road. But even though he can’t explain the course of natural selection, he holds to his faith that it somehow happens.

Faith in the story of evolution, not the fact of evolution or the supposed “science” of evolution. The storytelling of evolutionary ideas has never been observed. According to Dawkins, “Biology is the study of complicated things that give the appearance of having been designed.”10

But the better explanation is that things that look designed were designed. Trying to explain away examples of design with “just-so” stories rather than observable evidence isn’t just faith: it’s blind faith—a stupefaction that happens when intelligent people deny God.

This week’s question: If the story of evolution is supposed to be scientific, why does it require such a massive amount of faith in things unseen to explain it?