I’ve been very busy traveling during the past several months. Alaska, New York, Missouri, and North Carolina are a few of the places I’ve been recently. It’s always nice to get to meet new people and see old friends.

We were excited to learn this past week that our Amazing Adventures DVD, I Dig Dinosaurs, won a silver and bronze crown award from the International Christian Visual Media. This organization is the primary and most respected trade association for Christian professionals involved in film and video production.

I want to thank Ben Wilt and his team of Answers in Genesis staff, and all who helped make this DVD possible. This makes a total of four awards that I Dig Dinosaurs has received. 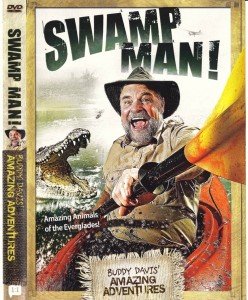 Our new show, Swamp Man, which is the second in the “Amazing Adventures with Buddy Davis” series, was released about a week ago. We had a lot of fun making it and have already received some great feedback from it.

Here are a couple of endorsements we received:

Buddy Davis comes across as a friendly, enthusiastic, knowledgeable, fun-loving, God-loving swamp-man, who loves life with a passion. I found myself asking, 'Man, is there anything this guy can't do?' I learned a lot from the video: Always check your sleeping bag for snakes, don't swing on vines if you're over 40, and stay away from the Everglades. – Ray Comfort (Way of the Master Ministry)

I've lived only a few miles from the Florida Everglades for years now, yet I learned more about them from Buddy Davis in this video than I've learned from living here! Buddy is an able and affable guide, and your entire family will enjoy being led by the "Swamp Man" on this tour of one of the most fascinating theaters of God's creative glory in the world. – John Rabe, co-host of Cross Examine and producer, Truth in Action Ministries (formerly Coral Ridge Ministries).

We are getting ready to begin working on our third DVD, which will be about caves. It’s going to be a lot of fun! 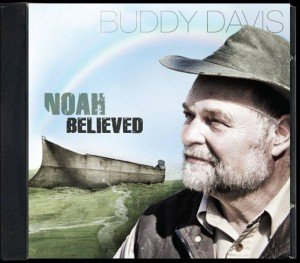 This past month I released a new CD, Noah Believed. All of the songs are themed on Noah. I am sure these songs will be used for multiple teaching events on Noah and the Flood.

Come and join Dan Breeding and me for a great adventure this week (August 6–11) at the Creation Museum. We have two shows, one at noon and one at 3:00 PM on Monday through Saturday. It will be a lot of fun for the entire family, so come and experience the wild animal encounter.

I hope you are having a great summer—and don’t forget to check out my Facebook page at www.facebook.com/aigbuddydavis.

Previous Article Spring Came Early Next Article A Lot Has Been Happening!

Email me with new blog posts by Buddy Davis: