Is Our Universe in Its “Final Era”?

Secularists arrogantly (and ignorantly) declare our universe is in its “sixth and final era,” appealing to a mythical timeline while completely ignoring God’s Word. 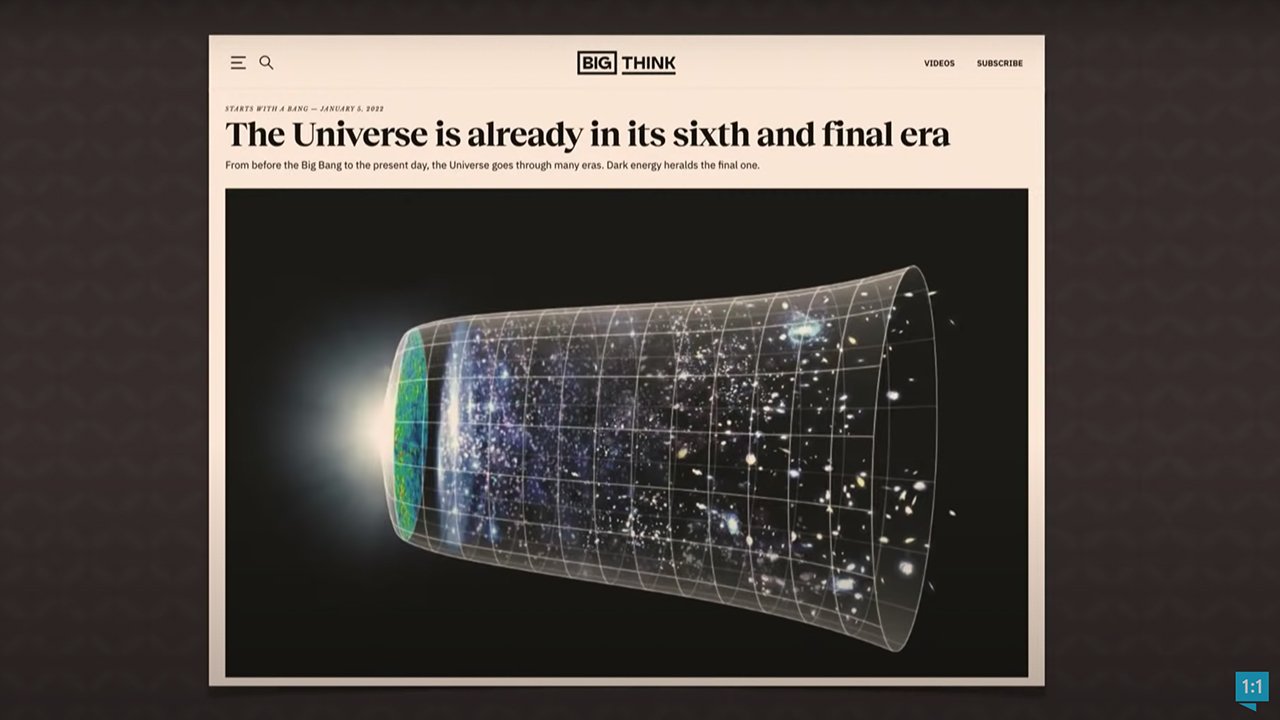 Some Christians claim the idea of the big bang is compatible with the creation account in Genesis—but it’s not! More in a moment on why the two are utterly incompatible. Now, when it comes to questions about origins, we should remember that we must always take God at his Word rather than take man’s ideas about the past and add them into the Bible. God’s infallible Word—not man’s fallible word—is the standard of truth because God has always been there, does not lie, and does not make a mistake. God and his Word must be our ultimate authority.

So why aren’t the idea of the big bang and the creation account in Genesis compatible? Well, the big bang is based on the religion of naturalism, which assumes that the universe arose by natural processes. It’s a way of trying to explain everything without God. We should never take elements of a different religion and mix them in with Christianity and the Bible.

It wasn’t until the fourth day that the sun, moon, and stars were created. So the order of events is completely wrong.

Also, the big bang model has the stars forming first, followed by the sun, and then the earth billions of years later, forming as a molten body. And stars supposedly continue to form. But the Bible’s account of creation has God creating space, time, and matter, along with the earth, on day one of creation week. And God finished his work of creation on the sixth day. So, earth was created first, and it wasn’t a hot blob—it was covered with water (Genesis 1:2). It wasn’t until the fourth day that the sun, moon, and stars were created. So the order of events is completely wrong (and there are many more examples of the incompatibility of the evolutionary and biblical orders of events.)

Now, what many Christians don’t realize is that the big bang isn’t just a story about the origins of everything—it’s also a story with predictions for the future. In the most common model, the universe eventually reaches thermal equilibrium with zero energy available (a “heat death,” but it’s not hot as there’s no energy—so it becomes cold). But this is opposite of what the Bible states will happen in the future!

But the day of the Lord will come like a thief, and then the heavens will pass away with a roar, and the heavenly bodies will be burned up and dissolved, and the earth and the works that are done on it will be exposed. (2 Peter 3:10)

Christians must reject the big bang and believe God’s Word as written.

A recent article, “The Universe is already in its sixth and final era,” describes how those who hold to the big bang model believe everything came to be and how it will eventually end. And the author believes we’re already in the beginning of the end in the final era, called “the dark energy era.”

The rest of the article is fiction: man’s made-up story to try to explain the universe without God.

The rest of the article is fiction: man’s made-up story to try to explain the universe without God. The universe isn’t going to die by a “heat death.” The true history of the universe is given to us by God in his Word, beginning in Genesis. And the real so-called “big bang” didn’t happen at the beginning of time—it’s going to happen sometime in the future with increasing heat:

But the day of the Lord will come like a thief, and then the heavens will pass away with a roar, and the heavenly bodies will be burned up and dissolved, and the earth and the works that are done on it will be exposed. (2 Peter 3:10)

Sadly, to the secularists, ultimately everything dies and life is meaningless! But for the Christian, we look forward to a “new heavens and a new earth, wherein dwells righteousness” (2 Peter 3:13). And this new heavens and new earth are freely given to all who will repent and trust in Christ for salvation. If you haven’t repented and trusted Christ—turn to the Savior today! We do not know when he will return, but he is coming back and will judge the living and the dead—and only those who are in him will be saved.

For we must all appear before the judgment seat of Christ, so that each one may receive what is due for what he has done in the body, whether good or evil. (2 Corinthians 5:10)

This item was discussed yesterday on Answers News with cohosts Patricia Engler and Bryan Osborne. Answers News is our twice-weekly news program filmed live before a studio audience and broadcast on my Facebook page and the Answers in Genesis Facebook page. We also covered the following topics:

Watch the entire episode of Answers News for January 19, 2022.