NASA’s life-hunting lab, Perseverance, has landed on Mars in another (likely vain) attempt to find signs of life on the Red Planet. 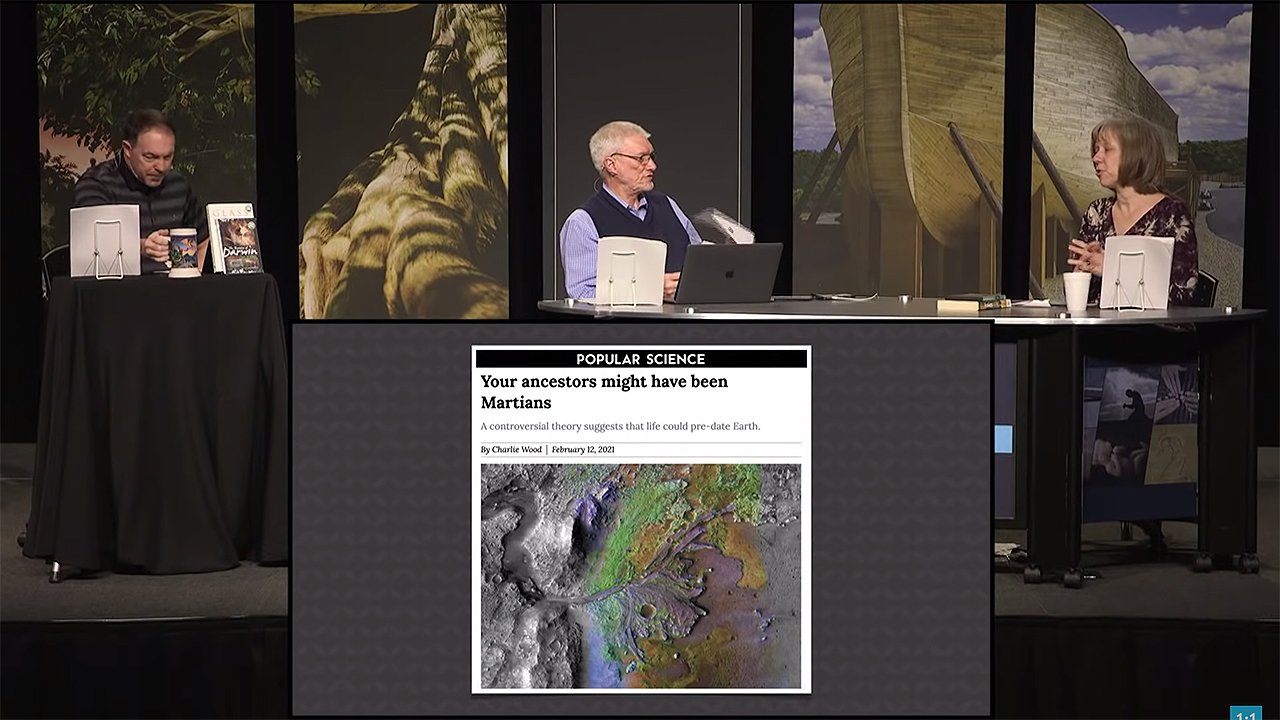 Last week “NASA’s most specialized life-hunting laboratory to date,” the rover Perseverance, successfully landed on the Red Planet. It’s a great feat of scientific ingenuity and achievement. Now that it is safely there, its mission begins as it rolls down what are supposedly ancient riverbeds in search of an answer to the question, “is there, or was there, life on Mars?”

For many scientists, it is more than just a hope that microbial life will be found in clays on Mars. Some hope this will give insight into our own supposed evolutionary origins. For example, a recent popular science article quotes planetary scientist Christopher Carr who says, “There’s a number of things that have come to light only recently, which strongly support at least the plausibility of an origin of life on Mars and its potential transfer to Earth.” In other words, your great-great-great (many more greats!) grandmother might have been a Martian—a microbial Martian anyway. (Bill Nye, “the Science Guy,” in our second unofficial debate as I took him through the Ark Encounter in 2016, suggested a similar possibility and said, “It is not crazy.”)

So they believe perhaps the conditions on Mars were better, and life managed to get from the red planet to our blue planet, where it gained a foothold and eventually evolved into all the varied lifeforms we have today.

Now why do researchers like Carr believe this? Well, because the supposed conditions on the early Earth weren’t ideal for producing life. So they believe perhaps the conditions on Mars were better, and life managed to get from the red planet to our blue planet, where it gained a foothold and eventually evolved into all the varied lifeforms we have today. It’s just storytelling to try to rescue a false worldview.

Other researchers disagree with the “life began on Mars” hypothesis, with one quoted as saying, “I find [moving the origin of life to Mars] to be a little too dramatic . . . Maybe we just need to understand some of the chemistry better. Maybe our model for the early Earth isn’t as good as it should be.”

I would certainly agree that their model for the early Earth “isn’t as good as it should be”! Since they’ve rejected what God’s Word says about our early Earth—created covered in water on the first day of creation week, given an atmosphere on day two, dry land and plants on day three, flying and swimming creatures on day five, and land animals and humans on day six—they won’t properly understand our origins, the world around us, or even the origin of Mars!

If they truly want to develop a better model for “early Earth” (Earth as it existed at the beginning of creation week, when God created it from nothing, just six thousand years ago), we need to start with God’s perfect, unchanging Word, not the imaginations of human beings who weren’t there, don’t know everything, and frequently make mistakes.

So what will Perseverance find on Mars? Here’s what AiG astronomer Dr. Danny Faulkner predicts:

What will these missions find? These things are impossible to predict. However, let me offer my broad prediction. First, why all the attention to Mars? More than any planet in the solar system, the surface of Mars resembles the Earth’s surface. While the thin atmosphere and cold temperatures of Mars are hostile to life today, there is good evidence that Mars once was wetter and warmer than it is today. Hence, more than any place in the solar system, Mars holds the most promise for life, if not now, perhaps in the distant past. The evolutionary worldview requires that life not be unique to the Earth. Otherwise, the Earth would be very special, which suggests creation. Therefore, the hope is that eventually they will find evidence that life, even primitive life, once existed on Mars. However, special creation leads to the conclusion that life is unique in many ways, but especially in the one place in the universe where there is life. Hence, I expect all tests for the existence of life on Mars to be negative.

I discussed this item yesterday on Answers News with cohosts Dr. Georgia Purdom and Bodie Hodge. Answers News is our twice-weekly news program filmed here at the Creation Museum and broadcast on my Facebook page and the Answers in Genesis Facebook page. We also covered the following topics:

Watch the entire episode of Answers News for February 24, 2021.