Is the “Multiverse” Real?

The concept of multiple universes springs from atheistic beliefs in cosmology in order to deny obvious design in the universe as understood through God's Word. 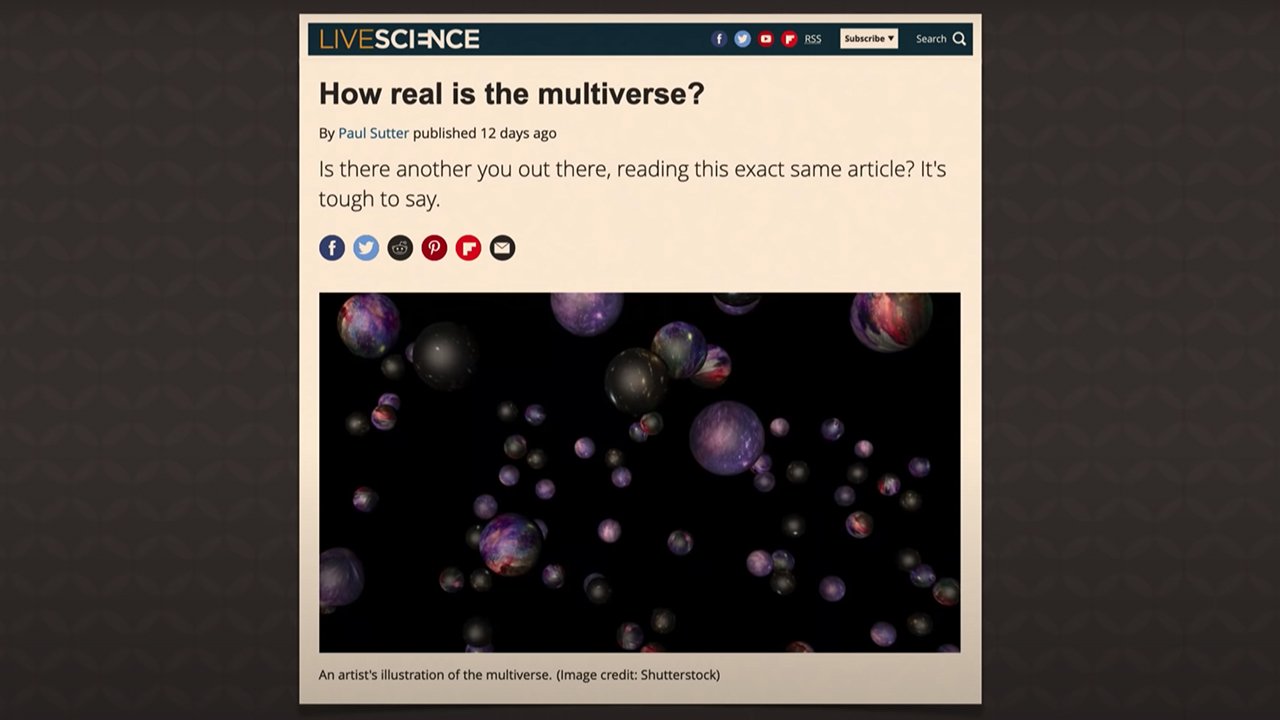 A recent popular science article asked the question, “how real is the multiverse?” This is the idea (popularized in recent movies and shows) that our universe is just one of many, and it’s “a natural prediction of the physical theories that define the beginning of the universe. Or it might not. It's tough to say, as new research has shown.” So, again, when it comes to questions such as this, what you believe about the past matters!

As the article I referenced states,

How big? It's hard to say exactly, because this concept is highly hypothetical, but “way bigger than you might think” should suffice.

The article appeals to inflation, specifically eternal inflation (the idea that the universe is never done expanding), to save big bang cosmology before stating,

If eternal inflation is correct, then there isn't just one universe, or a lot of universes, but an infinite number of pocket universes. Each one would potentially support its own laws of physics and arrangements of particles.

Of course, “it’s tough to say” if such an idea is accurate, but why? Well, because such ideas are based on man’s opinions about the past and are filled with problems (for example, inflation itself is a rescuing device for the big bang that’s riddled with problems). And secular cosmologists can’t agree on how our universe came to be anyway! Instead of imagining and trying to figure out how everything could come from nothing, they should start with God’s Word, which clearly states, “In the beginning, God created” (Genesis 1:1).

There is no “multiverse.” This idea is based in atheistic, naturalistic beliefs about the origin of the universe, not on the eyewitness account of history God has given us in his Word. As Answers in Genesis staff astronomer Dr. Danny Faulkner states in an article on this question:

Note that there is no science in any of this. Instead, belief in the multiverse is a desperate attempt to avoid the implications of design even when design is staring us in the face. Arguments for the multiverse often are couched in pseudoscientific terms to make it sound scientific . . . but, again, there is no science here. Rather, it is at best a philosophical argument. Or, even better, it amounts to a religious argument. How can this be, given that most believers in the multiverse are atheists? Belief in the Creator God of the Bible obviously is religious. However, if one constructs an untestable concept to avoid belief in the Creator God, then that amounts to a religious statement as well.

The idea of the multiverse isn’t scientific—it’s a hypothetical suggestion based on a particular view of the past that’s grounded in naturalistic, atheistic beliefs. Instead of trusting man’s fallible Word, let’s trust God’s infallible Word.

Learn more in these two articles:

This item was discussed yesterday on Answers News with cohosts Dr. Jennifer Rivera, Dr. Gerogia Purdom, and Roger Patterson. Answers News is our twice-weekly news program filmed live before a studio audience and broadcast on my Facebook page and the Answers in Genesis Facebook page. We also covered the following topics:

Watch the entire episode of Answers News for January 3, 2022.